When you were a child, germs were all lumped together. All you knew, all your parents knew was that they were bad for you. Whatever you went for – a cough, a sore throat, ear pain, a cut – you were given antibiotics.

Antibiotic overuse wasn’t known back then.

We now know that all bacteria aren’t bad. Many of them are actually necessary for your survival. Unfortunately, antibiotics can’t tell the difference. They wipe out everything – the good and the bad – without discriminating.

There haven’t been many “new” antibiotics launched in the past decades. They aren’t big money-makers like antidepressants, statins for cholesterol, or drugs to combat erectile dysfunction. Even the average person on the street knows pharmaceutical companies are all about the bottom line. Cash matters. Consumers…not so much.

The problem with not researching and developing new antibiotics lies in our resistance to the old ones. Cases of antibiotic resistance are becoming so common now that the mainstream media is beginning to report about it.

Bacteria are kind of incredible. They mutate and adapt like few things on the planet. With so many antibiotics blasting through our systems in the form of drugs, cleaning products, and even our food supply, bacteria have had plenty of time and opportunity to learn how to beat our drugs.

At the time, it was troubling that one of the strongest antibiotics in existence was unable to kill any bacteria. Doctors and scientists shook their heads but no one raised the alarm about antibiotic overuse because they still didn’t get it.

Then antibacterial soaps, sprays, wipes, and more hit the consumer shelves and we invited even more of the (once) “miracle cure” into our homes, offices, and daily lives whether we were sick or not. We killed everything around us and parents stopped letting their children get dirty.

We continued to flood the food supply with antibiotics as well because commercially raised cattle gets sick more often than they do in normal farming conditions. 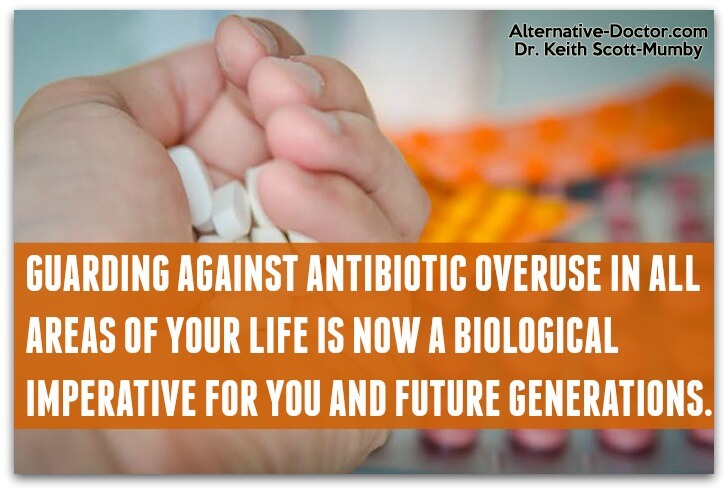 Flash forward to today. MRSA isn’t the only “superbug” out there anymore. ESKAPE is an acronym for Enterococcus, Staphylococcus, Klebsiella, Acinetobacter, Pseudomonas, and Enterobacter. They’re the most common organisms found in hospital or clinic environments.

They’re known as hospital-acquired infections (HAI) and they kill tens of thousands annually who probably went to the hospital for a standard procedure or an emergency room visit – never imagining that bacteria found there would claim their life.

As time passes, antibiotic overuse has led to more and more dangerous organisms with a strong immunity to treatment. Even old diseases (such as gonorrhea, chlamydia, and syphilis) are making a comeback as the antibiotics that once worked on them no longer have any effect.

Even tuberculosis is reappearing on the medical horizon! Nearly 1.5 million people die from this antiquated disease every year and 500,000 of those include a strain resistant to treatment.

Doctors are more selective about antibiotic overuse these days. Antibacterial products are almost non-existent in your local market.

Regrettably, it may be too little too late.

Antibiotics and the Allergy Epidemic

Researchers with Utrecht University, Netherlands recently presented their findings in regard to early childhood antibiotic exposure.

I truly hope parents with small children are reading this.

Their findings confirmed that disruption of beneficial bacteria in the human gut drastically increases the possibility of developing allergies later in life. Antibiotics decimate the microbiome of your gut and directly impact the immune system. It can take weeks or months to rebuild these crucial colonies of good gut flora.

Does this mean you should never give your child antibiotics? Of course not! Prescribed antibiotics are for emergencies and can save your life.

However, guarding against antibiotic overuse in all areas of your life is now a biological imperative for you and future generations.

There Are Natural Options!

For minor cuts and colds, avoid using any antibacterial products.

Instead, wash your hands regularly with soap and water, eat grass-fed organic animal products whenever possible (they’re not injected with antibiotics to encourage growth), and turn to natural (and effective) remedies for daily situations.

In most cases, your body can heal itself if you give it the right tools. You can actively work to keep your body healthy and in balance.

Natural antibiotics aren’t for everyone. Research the right foods that work for your personal situation. Read your labels and if you’re allergic, don’t include that food item!

Find out more about how you can limit (or eliminate) antibiotic overuse from your life and the life of your children.

Read my book “How to Survive in a World Without Antibiotics” right now!