Are the Dangers of High Fructose Corn Syrup Murdering Your Liver?

Doesn’t everyone know the dangers of high fructose corn syrup to your health? Well, the food industry says it isn’t (yeah, right). The FDA (who are notoriously corrupt) hasn’t noticed anything! And the average doctor around the world (who hasn’t even tumbled that sugar is bad for health!)…

When was the last time your doctor asked you about what you ate and drank before prescribing? They never ask because they know NOTHING about the effects of corrupted, processed food. Or at least they do: it’s 90% of their medical practice; but they are simply not joining up the dots. 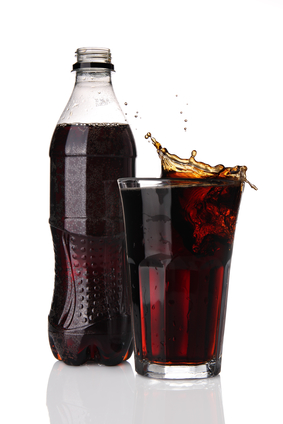 To the average dufus doc, food and nutrition is as irrelevant to health as the results of a recent ball game.

Anyway, back to fructose, most especially dangers of high fructose corn syrup (HFCS). It’s deadly – but the bribery and propaganda war is relentless, since the food industry pours billions of dollars into attacking those who dare to criticize this evil brew.

Numerous studies have shown that fructose is bad for the liver, especially when you consume massive doses of 140 pounds per person per year (each 20 ounce HFCS sweetened soda, sports drink, or tea has 17 teaspoons of sugar). Note this is a yearly average: I don’t knowingly consume ANY fructose syrup, so somebody out there is doing 280 lbs. a year, to balance with me!

The dishonest propaganda machine of the food industry deliberately misquote Barry M. Popkin, Ph.D., Professor, Department of Nutrition, University of North Carolina at Chapel Hill, implying he says that “all sugars are the same”. He did say that, but not the way they twist it – Popkin said, “they are all DEADLY but HFCS is the worst by far!”2

Whatever the food manufacturers claim, HFCS and cane sugar are NOT biochemically identical or processed the same way by the body.

High fructose corn syrup is an industrial food product and far cry from the “natural” label claimed for it. In fact it’s prepared by a secret formula, that the food industry will not reveal, even to government agencies or health workers.

Unlike glucose, which is nature’s real sugar, fructose goes straight to the liver and triggers fat production (lipogenesis as it’s called). We are now seeing an explosion of so-called “fatty liver” which leads to cirrhosis and kills nearly 10 times the number of people that alcoholic cirrhosis does.

It’s easily traceable to the massive rise in fructose intake, forced on us as kids by the food industry.

Are You a Food Slave?

See, fructose is much sweeter than normal sugar, so you are training your body and brain to demand more. That’s addictive and of course just what food manufacturers want. Also, fructose does not trigger the normal satisfaction hormones leptin and insulin, to tell you you’ve had enough.

So your body doesn’t switch off the need for sugary foods. That’s great for the manufacturers too… and they know it’s happening. It’s not an accident. It’s perfectly designed slavery to their foods.

In fact it was so dramatic that the conversion of sugar to fat dropped by 53%, and total liver fat dropped by a massive 20%, IN JUST 10 DAYS! It’s unreal that trained scientists can go on fighting this for their twisted pay lords.

No child should ever be allowed to drink such dangerous filth, never mind deliberately encouraged to do so by a fraudulent industry: think of all those Coca-Cola ads, implying the only people who have friends and enjoy life are those who guzzle fructose-sweetened soda drinks all day long.

Even if you are my generation, you need to be strict about avoiding breads, cereals, ice cream, flavored yogurt, jello, pickles, sauces and dressings, coffee syrups and sweeteners, even some “health bars” and don’t forget your cocktails at the bar: the margarita flavored syrup mixer is more than 50% HFCS! 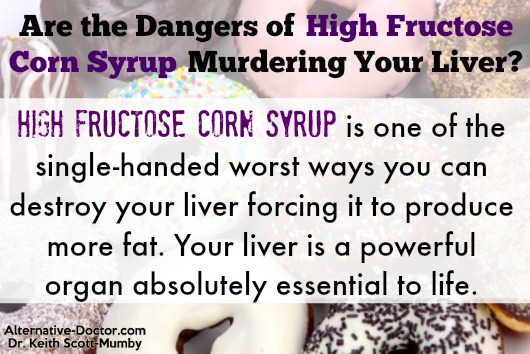 More Details on What It’s Doing to Our Children…

40 kids were evaluated in this study, which was conducted by researchers at Touro University California in Vallejo. The findings were presented at The Endocrine Society 2015 annual meeting.1 Researchers wanted to see if changes in diet would have an impact on both hepatic lipogenesis and total concentrations of fat in the liver.

Lead author of the study, Jean-Marc Schwarz, PhD, likened ingesting fruit drinks or sodas laced with HFCS to a “tsunami” in the liver, forcing it to produce more fat.

So they recruited 25 Latino children (15 girls, 11 boys) and 15 African-American children (12 girls, three boys) with a median age of 13. The median percent fat by dual emission x-ray absorptiometry was 47.3%, so these were already plump youngsters.

Throughout the 10-day trial, patients were fed meals that contained the same relative energy and macronutrient content of their normal diet, but with high-fructose products replaced with vegetables, breads, or pasta.

The improvement was immediate, substantial and unarguable.

Schwarz acknowledged that the study was short, but pointed out that it was “an intervention that goes on beyond just correlation … [it was a] very intensive study. We saw that in 10 days there was this dramatic change that suggests benefits for cardiovascular disease.”

None of the patients lost weight in such a short time. None probably went hungry, though that was not reported on.

But what was shocking to me was a bunch of 12-year olds who already had an average of 50% liver fat. That has a terrible prognosis for aging. These kids will be lucky to make it to age 55, never mind four score years and ten…

There is NO POSSIBILITY of sidestepping this issue. The study is unequivocal. Of course they will go on lying that it’s safe, just for profits, but the only way they can do that is to try and discredit this study (they will try).

Look: Ann Nardulli, PhD, professor of molecular and integrative physiology at the University of Illinois at Urbana-Champaign, has obligingly jumped on it right away for the food industry. She immediately fights back on behalf of the junk manufacturers. This may not be applicable to adults, she says.

No need for lying PR agents; your friendly local professor can fudge the issue for you! What criminally dishonest professor Nardulli is trying to ignore is that IT’S ALREADY BEEN PROVED DANGEROUS IN ADULTS. Years ago.

Nardulli also throws in the old trick: more research. “The study does give us points of interest to try to follow up on,” she told MedPage Today on Mar 9, 2015. This is flagrantly dishonest. The studies are all in, dozens of them. And she has the cheek to divert from the truth by saying we’ll “try” and “follow up” (meaning bury the research for a score more years).

So, they’re still in business with barely a hiccup. Dead kids? Who cares? 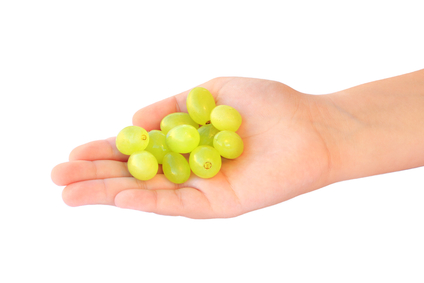 By the way, because people often ask me, let me be clear: eating fruit is not a bad thing.

The health enemy is fortified concentrated fructose, because it’s a perverted manufacturing process, with no balancing nutrients. No, wait a minute, there’s no such thing: it’s now called “corn sugar”.

Sorry, I almost misled you there by incorrectly referring to it as fructose syrup when it’s been renamed by magic fairies and is now called “corn sugar”. While we are at it, radioactivity, Fukushima, is now to be called “fairy dust” and liquid mercury is going to be called “silver mouthwash”.

P.S. Since consuming HFCS is one of the single-handed worst ways you can destroy your liver forcing it to produce more fat. You need to love your liver! Your liver is a powerful organ absolutely essential to life.

You may not know that the skin, hair, and nails are a direct reflection of the liver and its functions. So I wrote the book. Click here to discover how to help your critical detox organ and protect it for a long healthy life.

The post Are the Dangers of High Fructose Corn Syrup Murdering Your Liver? appeared first on Dr. Keith Scott-Mumby.