Reversing diabetes is easy. What’s the big deal? Money of course. Over half the population of the developed world is overweight, obese (pre-diabetic) and/or diabetic. It’s all a problem forced on us by stupid (read faked) science that was served up in favor of the food industry and Big Pharma: if we can get people overeating by habit, getting fat and developing insulin resistance, we can make a bunch of money! They die sooner than otherwise but while they are alive we get to sell insulin products, glucose control drugs, pain pills for the ensuing inflammation and a bunch of other good earners…

Doctors too make a bundle from all the office visits (because none of this garbage works as claimed). And the food industry sells mountains of sugary, flavored, super-sized junk that is not worthy of the name food. Hey, doctors even tell patient they need to eat a LOT of plasticized foodstuff (carbohydrate “lines”, as it’s called).

There are over 400 million people, worldwide caught in this trap.1 Wow, what a racket! It puts The Mob and the Sinaloa Drug Cartel to shame! Because all this killing and robbery is quite legal and is even supposed to be “scientific”!

But not any more. The game is over. If you have diabetes and your doctor doesn’t tell you to lose weight, using keto and intermittent fasting, sue him or her for gross malpractice!

The science is in. Only the dodos and crooks that believe in the racket argue about it. “We need more tests” is a favorite one. “We can’t use the word reversal,” is another. I’ve even read, “Diet isn’t the answer.”

Type 2 diabetes has an undeserved reputation as an intractable, progressive disease that will require full medication and careful monitoring for the rest of the patient’s life. That’s nonsense. We’re talking here about gross mismanagement of the problem by ignorant doctors, to the point where it causes accelerated aging and early death.

People go blind; there’s heart damage; kidney damage; and worse: legs get amputated. And you know what? Getting your A1C down and using drugs to “control” your blood sugar doesn’t stop the progressive damage. It’s gonna get you!

But what doctor is honest and would say to you: “Look, I don’t know much about diabetes. But I’m going to mismanage it for you, ruin your health and vitality, and put you early in your grave. Is that OK with you?”

We don’t want to “manage” and “control” diabetes. We want diabetes GONE!

The truth is, despite the relentless TV advertising about A1C levels, with a few simple moves you can be off all your meds and in good health in as little as four weeks. I was doing this as long ago as the 1980s. Today there are thousands of holistic practitioners who will attest to the value of the natural method of diabetes control.

What Does Science Say?

Item #1. Native people’s who live the Stone Age lifestyle, or close to it are never overweight or obese. 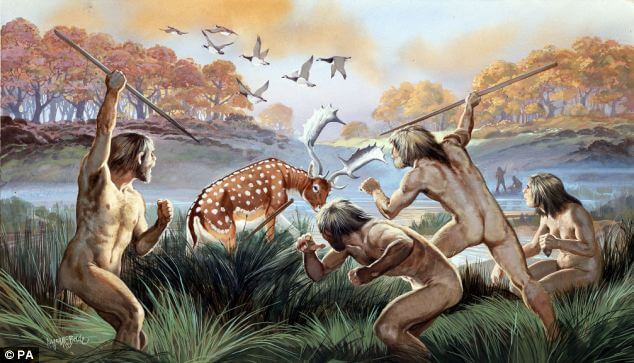 Item #2. Our ancestors ate on the edge of starvation. They would frequently have to go several days without much food. That’s our “natural state”. It’s called intermittent fasting. It’s HEALTHY!

Item #3. Carbohydrates don’t feature much in the hunter-gatherer’s diet (fruit in a short season; honey very occasionally). Carbs are killer foods that only entered Man’s daily eating pattern with the development of civilization and farming methods. Carbs are also highly inflammatory.

Item #4. It’s not just about obesity and type 2 diabetes. This crazy lifestyle that’s been forced on the population is highly inflammatory, meaning accelerated aging. It messes with blood fats to the point of being dangerous. Heart attacks and strokes have risen exponentially. You keep reading heart attack is the number one killer (just ahead of cancer), right?

But have you been told these two killer diseases didn’t really feature until just around 100 years ago? No? Well, I’m telling you know. These are 20th century health problems. According to a marvelous study of Victorian lifestyle and eating habits, cancer was a very rare disease mid-19th century. One doctor described lung cancer to his students as “… one of the rarer forms of a rare disease. You may probably pass the rest of your student’s life without seeing another example of it.”2

Today, lung cancer is the commonest cancer of all worldwide and most often fatal.

UK Victorians, by the way, ate more calories than us but were much more active. They also ate a VERY LOW CARB DIET! They were healthy and, apart from horrendous childhood mortality, if they made it to adulthood, were more than likely to reach their three score years and ten (70 plus).

What put an end to their healthy, vigorous lives? Sugar, the universal 20th century “addiction”. 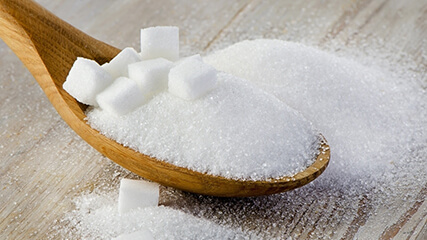 Item #5. Type 2 diabetes is a condition of INSULIN RESISTANCE. Anyone 20 lbs. overweight or more has a degree of insulin resistance: fact. You need to understand this. Taking on too much sugar is a health problem for two reasons:

Item #6. High insulin levels are a problem, because insulin is highly inflammatory in and of itself. High insulin levels set off a chain of inflammatory events that will soon put you in your grave. In fact measurement of a person’s fasting insulin level has been suggested as the number one marker for death due to all causes (not just diabetes). Wow! Did your doctor explain about insulin resistance to you? No? I’m not surprised, because the average doctor knows nothing about it or why it’s so deadly.

Item #7. Cancer is primarily a disease of inflammation (that’s why changing your diet and detoxing is so effective. It tunes down the inflammation, to give your immune system chance to fight back).

According to a 2002 paper in the prestigious journal Nature: “Recent data have expanded the concept that inflammation is a critical component of tumor progression. Many cancers arise from sites of infection, chronic irritation and inflammation. It is now becoming clear that the tumor microenvironment, which is largely orchestrated by inflammatory cells, is an indispensable participant in the neoplastic process, fostering proliferation, survival and migration.”3

As I remarked at the start, diabetes and obesity (insulin resistance) are a very big problem, worldwide. And it’s getting worse. That’s because idiot (or criminal) scientists INSIST that we need to eat 60% of our calories as carbohydrates.

The truth, I can tell you, is that anything more than 10% is dangerous. That means no grains and no sugar in your diet. Fat is back (fat never went away for those who understand true health). At least 40% of your calories should be fat. Those of you pushing for keto, fat should be at least 60%, and 70% gives better keto results.

OK, I’m sure I shocked some of you. I get cantankerous and angry about this needless misery and all these unnecessary deaths. But I’m right. Let’s look at a couple of studies that are gaining attention for a dietary approach to sending type 2 diabetes into remission.

In late 2017, researchers for the Diabetes Remission Clinical Trial (DiRECT) reported findings in the Lancet from 298 people diagnosed with type 2 diabetes within the past 6 years and not receiving insulin. One half of the patients were randomized to be treated under current best practice guidelines, and the other half to undergo an intensive weight management program.

After 1 year, 24% of participants in the diet group experienced weight loss 15 kg (35 lbs) or more and, of these, a staggering 86% achieved remission of their diabetes, compared with 4% in the control group.4

This remarkable study was followed by another analysis that showed similarly encouraging results in a cohort of 349 patients diagnosed with type 2 diabetes. Patients received either usual care (87 patients) or a low-carbohydrate diet (262 patients). Unlike in DiRECT, patients were allowed to take insulin at study onset (30% in the low-carbohydrate group and 46% in the usual care group).

After 1 year, patients in the “usual care” group had no significant changes in study biomarkers. But 60% of those in the low-carbohydrate group achieved an A1C level < 6.5 (normal) while taking no diabetes medications or metformin only. 60% is AMAZING. No drug can come even close to that kind of response. Drugs come to market, described as “scientifically-proven” with only 2% benefit over a placebo!

But blood sugar control was not the only improvement in the diet group: there was also a 12% average weight loss, 24% reduction in triglyceride level, 18% increase in HDL “good” cholesterol level, and 39% reduction in C-reactive protein level (main measure of body-wide inflammation).

AND: there was an amazing 94% rate of reduction or outright cessation of insulin use in the diet group.

You will hear more and more of the game-changing Virta study.5

I advise you to live by its wisdom and avoid sugar and grains completely! Go really hungry once in a while. And lose weight.

You may need help from my compendious slimming book: The Ultimate Science Of Weight Loss: 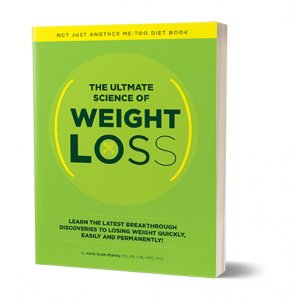