Brain Allergies and a Diet For Your Mind?

My regular subscribers know I like to joke about this from time to time… things I taught and wrote about decades ago are suddenly being “discovered” by today’s doctors and scientists.

When pioneers like me performed miracles with nutritional insights and dietary discoveries, we were ostracized for using “unproven” therapy (meaning no drugs). Well isn’t all scientific theory unproven for a day, a year, for decades, until someone sets out to prove it?

ALL THEORIES START AS UNPROVEN. It’s laughable and yet doctors like Pearson in Manchester started collecting a dossier on me as long ago as 1982! He wanted to get me “struck off” (license revoked in US terms).

Imagine if Einstein got kicked out because his relativity theory was “unproven” or Sir Alexander Fleming was fired for messing around with penicillin mold when he should have been working!

I’m not comparing myself to these great men of science, merely pointing out that unless somebody tries the “unproven” stuff, no one is going to take and interest and try to prove it!

For three decades I was famous for my work on “brain allergies”. This may not have been the best term… but the results were incontrovertible: sick, upset and distressed people, depressed, fatigued, given to bad moods and unpleasant behaviors suddenly became well.

For many, it was like being reborn. Life began anew as their brains were restored to youthful function by eliminating foods that clouded thinking.

Now it’s being revisited, decades later, by doctors such as David Perlmutter, M.D (whom I admire unreservedly, even though he’s 20 years behind me). See his book Grain Brain: The Surprising Truth about Wheat, Carbs, and Sugar – Your Brain’s Silent Killers. The only thing wrong with what he is teaching is that all foods can cause the problem, not just grains, sugar and starches, as he wrongly assumes.

Nor is casein much of an issue, compared to the host of other food possibilities.

Yet to read ignorant “health researchers” (meaning no medical qualifications) you’d think missing our gluten and casein that took care of the “food allergy” problem.

Among my famous cases were the Irish boy who became murderously violent when he ate potato, the young gal who became “drunk” (and therefore vulnerable) eating orange or the kid who had epilepsy brought on by eating from the carrot family.

Anyway, all that was to introduce a fascinating new study that proved what has been in all my allergy books since 1984 (The Food Allergy Plan).

According to researchers from Chicago’s Rush University Medical Center who developed a hybrid of the famous Mediterranean diet and the Dietary Approaches to Stop Hypertension (DASH) diet, their eating recommendations significantly slowed cognitive decline in elderly adults. By “significant” I mean those who rigorously followed the dietary advice (similar to mine) were 7.5 years younger cognitively during a period of roughly 5 years, compared to those with the poorest adherence.

“Following the MIND diet may be a way to preserve the brain with age and to prevent dementia,” Martha Clare Morris, ScD, a nutritional epidemiologist at Rush University Medical Center, told Medscape Medical News.

The study was published online June 15 in the journal Alzheimer’s and Dementia.1

“MIND” is an acronym for Mediterranean-DASH Diet Intervention for Neurodegenerative Delay. Both the Mediterranean and DASH diets have been found to reduce the risk for hypertension, myocardial infarction, and stroke, as well as being good for cognitive states.

The MIND diet modifies the Mediterranean and DASH diets to highlight the foods and nutrients shown through the scientific literature to be associated with dementia prevention.

Unfortunately, this is out-of-date science now. Butter and saturated fat has been proven marvelously healthy, despite years of trying to prove The Maker got it all wrong at the start of human life.

Moreover, they recommended whole grains as “brain healthy”. Well, that’s just stupidity or ignorance. I’ve been teaching for years that whole wheat is deadly—you’d be better to eat white flour fluff. At least it has only a fraction of the gluten. Dr. David Perlmutter, from Naples, Florida, confirms what I figured out 30 years ago.

But the dietary investigation worked well, because it was NOT an intervention, it was merely a study of what people do and what outcomes that had.

To stick to the MIND diet, a person has to limit intake of the designated unhealthy foods, especially butter (< 1 tablespoon/day but who eats more than that anyway?), sweets and pastries, whole fat cheese, and fried or fast food (< 1 serving a week for any of the three).

As for the brain-healthy foods, a person would need to eat at least three servings of whole grains, a green leafy vegetable, and one other vegetable each day, along with having a glass of wine. They would also need to snack most days on nuts, have beans every other day or so, and eat poultry and berries at least two times a week (berries are the only fruits allowed in the MIND diet) and fish at least once a week.

You know me. The wine is NOT a get out; wine is a CRUCIAL part of the success of the Mediterranean diet. Idiots that keep promoting this fake science and ignoring the wine angle “because everyone knows that all alcohol is bad” are dangerous, as well as stupidly wrong.

Remember also Luigi Cornaro, a contemporary of Michelangelo, who lived to be at least 98 years drank 12 ounces of wine a day! I mention him in detail in my book “Diet Wise”, which could easily have been titled “Live Long, Live Well, and Enjoy Life”. 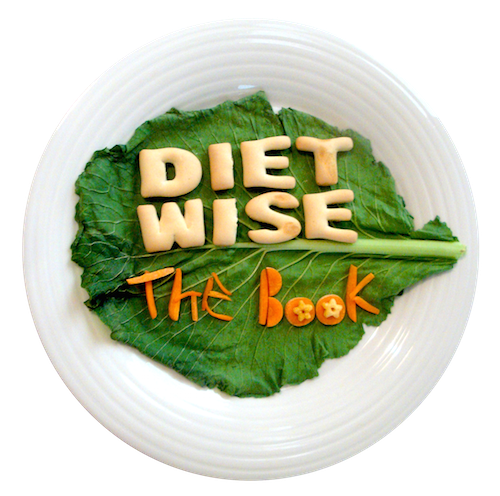 Strengths of the Chicago Rush University study include the prospective study design with up to 10 years of follow-up, annual assessment of cognitive function using standardized tests, comprehensive assessment of diet using a validated questionnaire, and controlling for key confounding factors.

“Another important strength is that the MIND diet score was devised based on expansive reviews of studies relating diet to brain function,” Dr. Morris and her colleagues say.

“Replication of these findings in a dietary intervention trial would be required to verify its relevance to brain health,” she noted.

Well I did that, along with a dozen or so other doctors worldwide, in the 1980s Martha. Do your homework!

Commenting on this research, Keith Fargo, PhD, director of scientific programs and outreach at the Alzheimer’s Association, said:

“I don’t think we need to be involved in sort of the diet wars. The take-away in general is that if a person is eating in a manner that is heart healthy, that’s probably also going to be brain healthy, because the brain does use so much of the nutrients and the oxygen that are carried in the vascular system, and as you age, if your brain isn’t getting enough nutrients and oxygen, it is going to be less likely to be able to deal with other factors that cause Alzheimer’s disease or other dementias.”

“It’s probably not that one diet is going to be the best. It’s probably just making sure that you are eating healthy,” Dr. Fargo said.

Sorry Dr. Fargo. Eating right is a precise science, not a vague philosophic principle. Each and every individual has to know what foods cloud their brain and cause inflammation in their body. To omit this health step is to shorten your life by up to 30 years.

“Knowledge is power,” said Francis Bacon at the court of Queen Elizabeth the First.

Knowledge of what suits your tissues and brain and what will age you fast is priceless knowledge! Power to your immune system!

The Rush University study was funded by the National Institute on Aging. The authors have disclosed no relevant financial relationships.

The post Brain Allergies and a Diet For Your Mind? appeared first on Alternative Doctor Dev Site.