Honey bee venom is the “buzz” and it seems to help. Here’s a surprise scientific report.

At the 18th International Congress of Parkinson’s Disease and Movement Disorders, in Stockholm, Sweden (June 8-12, 2014), a very interesting paper was presented showing that a combination of acupuncture and bee venom improved symptoms of patients with Parkinson’s Disease.

It’s a bit of a surprise. Acupuncture has been used for years in Asia to relieve Parkinson’s symptoms—it seems to protect nerve cells like the ones the disease destroys—but it’s not like Western drug-bound science to even cast a glance in its direction. This is a milestone!

Bee venom (Apis mellifica) is another holistic remedy that’s been around for centuries. Homeopaths use it for pain and swellings (because bee venomcauses pain and swelling: like treats like, get it?)

Bee venom also eases inflammation in nerve cells; again, because it causes it. The venom was injected into acupuncture points. 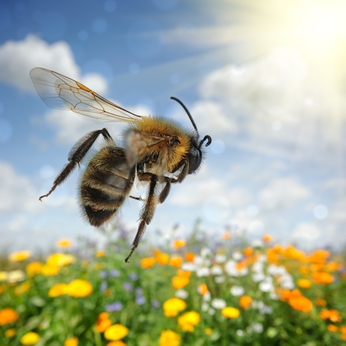 This highly innovative study is one of the first studies ever to test whether acupuncture combined with a remedy like bee-venom can work therapeutically.

In the study, 35 patients with Parkinson’s disease who had been on a stable dose of medication for at least a month were randomly assigned to three groups. One group received only acupuncture, another received bee-venom acupuncture, and the third group received neither. The treatment was repeated twice a week for 8 weeks.

Many of the symptoms from Parkinson’s develop when brain cells that make the brain chemical dopamine are destroyed. Why this happens isn’t clear.

Researcher Seong-Uk Park, MD, who presented this paper, says acupuncture may help by increasing dopamine levels. Acupuncture may also enhance the effects of the Parkinson’s drug L-dopa and lessen the drug’s side effects, he says. Park is with the Stroke and Neurological Disorders Center, Kyung Hee University Hospital, Gangdong, Seoul, Korea.

Another expert (who wasn’t too impressed by the study) suggested that bee venom could act like botulinum toxin (the toxin in Botox), causing a temporary paralysis of the muscles. Some Parkinson’s symptoms include muscle spasms that can cause pain and trouble moving. Bee venom may help relax these muscles.

“Acupuncture is quite commonly used for Parkinson’s disease, but hard evidence of benefit is lacking,” this man is reported as saying. Well, he can’t say that now, can he?

The results are promising, but more research is needed before we can draw any firm conclusions, Park says. He says a second study is now under way, and it’s expected to be completed later this year. 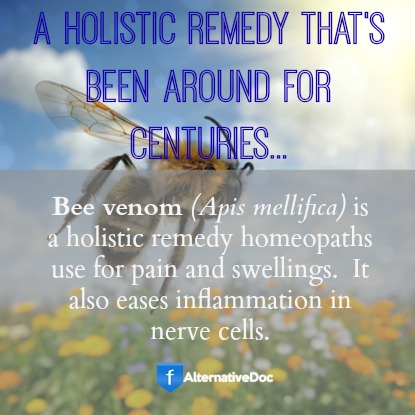 PS: I should have said: the bee venom was not a homeopathic preparation, just “neat”.