Chelation Therapy Under Attack and In Need of Help!

When I say “real”, I mean what’s actually happening out there — not real science, which is something else altogether and there’s not much of that in modern medicine.

The fact is that medical science often means, “We do a study; it shows something we don’t like (or would reduce our income); so we negate it fully and go on serving patients with the inferior methods we’ve always used.”

That’s the story with IV chelation for heart disease. Most of my readers are in the age group who should know all about this safe and effective method of beating heart disease, stroke, cancer and dementia.

What You Need to Know…

Chelation was originally developed to remove toxic wartime heavy metals in the body. In doing so, doctors started noticing that patients got well from all kinds of health conditions. So they started doing the procedure for heart disease, which much improves blood flow and can rather easily save gangrenous limbs and ischaemic hearts!

It takes a couple of hours per infusion, needs a course of 20 – 30 sessions and costs around $100 per infusion. Compare that with $50,000 – $100,000 for most coronary artery interventions (bypass etc.) You’ll see immediately there is a financial conflict of interest.

So much so that studies have been deliberately falsified, to “prove” chelation doesn’t work; like adding iron to block it. Politically, things have become very nasty—that’s always the case when somebody steps on the money hose.

Doctors have been attacked, had their license removed and been smeared in places like the USA, for using this “unproven” or “scam” therapy. The battle has been very bitter over the years. Big money is at stake!

The fantastic success, safety record, ease and simplicity of this method has not won any friends among regular cardiologists, who denounce it as worthless and even dangerous (which is laughable), while they go on ruining lives and bodies with their damnable and worthless interventions…

Did you know coronary bypass has been shown over and over to be ineffective in terms of extending life?

You probably thought that since hundreds of thousands of bypass operations are carried out every year, that it actually work, right? Well, you’d be deluded.

According to cardiologist Thomas A. Preston MD, “The operation does not cure patients, it is scandalously overused, and its high cost drains resources from other areas of need.

“Decades of scientific study have shown that, except in certain well-defined situations, bypass surgery does not save lives, or even prevent heart attacks: among patients who suffer from coronary-artery disease, those who are treated without surgery enjoy the same survival rates as those who undergo open-heart surgery. Yet many American physicians continue to prescribe surgery immediately upon the appearance of angina, or chest pain.”1

But the orthodox crowd have had it their own way for so long, what’s bogus has become acceptable treatment.

Well in the recent months, the story has changed dramatically in favor of chelation. An important government-backed study (funded by the U.S. National Institutes of Health), called the Trial Assessment of Chelation Therapy (TACT) has been published, showing this therapy is wildly effective compared to conventional cardiology and cardiac surgery (actually, moderately successful in any terms: 18% overall, which beats the Hell out of statins and bypass operations).

Now critics can no longer says it’s not scientific and “unproven”. What do they do?

Switch tactics and try to pretend it isn’t important. They don’t use science to counter it, just stupid and dishonest remarks and opinions. Even the lead researcher said he’s not ready to recommend chelation therapy! Critics go on as if it had not been proven to work.

Some of the criticisms of the trial have been nothing short of vitriolic: “Shame on JAMA! Shame on NCCAM and the NHBLI for funding this nonsense! And, yes, shame on all the shruggie cardiologists who are apparently unwilling or unable to look beyond the hype,” says one doctor blogger called David Gorski, who describes himself as a “humble surgeon”. Arrogant a**hole, I would say.

One of the old chestnuts to get rid of awkward findings is to demand “further research” (meaning wasting time, side-stepping the issue).

“These findings should stimulate further research, but are not by themselves sufficient to recommend the routine use of chelation therapy and high-dose vitamins in most patients,” said Dr. Gervasio Lamas, chief of the Columbia University Division of Cardiology at Mount Sinai Medical Center, in Miami Beach, Fla.

Oh yes they are. Orthodox doctors are administering therapies with far shakier science than this. 3% improvement is considered as “scientifically proven to…(whatever)”.

Then they try to make out it’s a difficult and nasty therapy: it’s an “expensive treatment, which involves dozens of arduous infusions conducted over a period of years,” said one article. 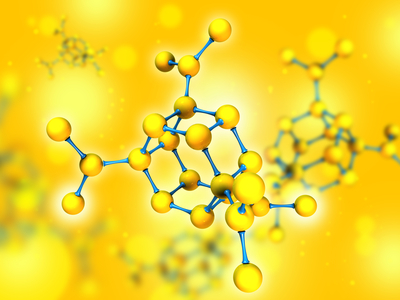 Arduous? Patients in facilities which do chelation sit and relax for a couple of hours, read, listen to music, swap stories and form friendships and associations which may last for life. Indeed, I met and fell in love with my future wife Vivien this way: she was having “top up” chelations in her 40s and I got her talking about her art and fashion designs. As soon as she finished her course, we started dating!

The TACT trial involved more than 1,700 patients from the United States and Canada who had suffered a prior heart attack. Most were already taking standard therapies such as daily aspirin, cholesterol-lowering statins or blood pressure medications (so not really a level playing field).

The patients were randomly selected to receive one of four regimens: high-dose vitamin/mineral supplements plus chelation; vitamins/minerals plus a placebo (“dummy”) chelation therapy; chelation with placebo vitamin/minerals; or a placebo/placebo group (no actual therapy given).

Chelation therapy consisted of 40 three-hour sessions with the IV infusion spread over 18 months, and the doses of vitamins and minerals given were much higher than “recommended daily intakes”.

Dr. Tara Narula, associate director of the Cardiac Care Unit at Lenox Hill Hospital in New York City, put in her two penn’orth (Gawd, I haven’t written that old English word for decades!!), “There is no evidence that vitamin and mineral supplementation can be beneficial to cardiac patients.”

To say that, all she had to do was ignore the thousands of papers showing very clear benefit of supplements. So she’s a phoney or a liar: take your pick.

Her other comment was, “Although it is noteworthy that chelation may be helpful, it is an expensive treatment and does carry significant side effects.”

So that’s definite then: she IS a liar. There are no known side effects to chelation done properly. The story they keep dragging up about kidney damage is nonsense: all chelation doctors do an extensive kidney function test before starting.

Dr. Sripal Bangalore is assistant professor in the department of medicine at NYU Langone Medical Center, in New York City and is just an ignoramus. He claimed the finding regarding chelation therapy is an isolated one and “needs to be studied further.” He seems to just ignore HUNDREDS of papers already published back in the 1950s and 60s (before the big bucks of modern cardiology).

These papers testify uniformly to the amazing successes of chelation, which even the recent badly run trial in a very hostile environment failed to smother.

The truth is, chelation works.

Incidentally, I have a chelation certificate from the American College For The Advancement Of Medicine (www.acamnet.org), so I know this technique from first hand.

I’ve seen the lame walk, the gangrenous heal, dementias wake up and—most remarkable of all—a man start to use a paralyzed limb, 30 years after a stroke which rendered it useless!

To find your own therapist go to www.acamnet.org

The post Chelation Therapy Under Attack and In Need of Help! appeared first on Dr. Keith Scott-Mumby.