Most of you know me by now: I’m always on the lookout for things unusual, healing and… well, remarkable! This story certainly comes under that description.

It’s about using the techniques of Supernoetics

to transform a particularly difficult problem that I have rarely seen tackled by fellow-doctors who write health manuals: stammering.

We all saw the movie The King’s Speech, in which Colin Firth, who doesn’t stammer, had to play a man who DID stammer, but was trying very hard NOT to stammer! Quite rightly, Firth won an Oscar for this moving and incredibly skillful performance (there was a standing ovation at the end of the film when I saw it in a California movie house). 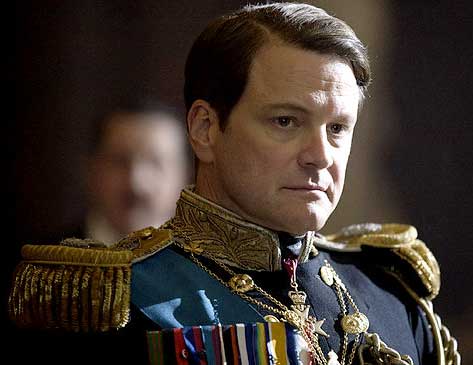 Stammering is bad news. Talk about frustration. It wrecks lives, dooms hearts and brings endless miserable emotion. Hence my interest in solving it with my Supernoetics

, which I describe as “new ways of thinking and being”.

This is a story shared by my dear friend Per Schiøttz, now one of our leading Supernoetics

trainers in Denmark. It concerns a 10-year old child who stammered badly. Let’s call her Louise.

She had undergone a traumatic experience as an infant of just a few months old:

Louise was with her parents in a horse-drawn wagon when it went out of control and hurtled towards a river. Wanting to shout out a warning, the child had no language at this age and so could not form meaningful words. Instead, the trauma and the total inability to speak became a long-standing condition that revealed itself through stammering.

When brought to Per, he did the obvious thing: he ran the traumatic moment, in a style we call “immersion”, meaning being there, in the moment, experiencing it as “now”.

Surprisingly she couldn’t run it; she couldn’t verbalize it in the normal way (known sometimes as the “talking cure”, after a book by Sigmund Freud and Josef Breuer).

Per turned to one of our best hacks: model the difficult situation in clay!

He had the child depict the whole drama in a model, with all the parts—herself, mother, father, the horse, wagon, river… etc., the whole scenario. Per made her label each figure, each movement, each part and describe it.

I’ll tell you what the outcome was in a moment.

There is nothing else quite like clay. In art therapy, clay is referred to as a “regressive medium”, meaning that it has the unique ability to bring up memories or feelings from our past, and often dredges up buried or forgotten things from our childhood.

In fact often, when a person who has not played with clay for many years is brought to it, the first thing he or she makes will be something connected to their childhood.

I should state clearly, the clay models do not have to be “artistic” or even attractive, just depictive of what they represent (see illustration). 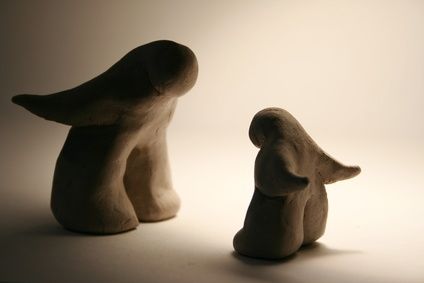 Clay can take you back to the developmental stage where the world revolves around you, you are the cause of all things, good and bad. Clay bends to your will and is easily manipulated. You are creative and unrestrained.

Also unlike drawing, clay works with you, not against you because nothing is permanent with clay. As one art teacher put it: you need to let go a lot of the control because the pencil requires it, but with clay you hold the power. All lines can be smoothed over with ease and you can start over, never having to worry about wasting material.

Research has made the benefits of clay table therapy quite clear. Using clay therapeutically allows you to grab an emotion and look it in the face, touch it, shape it and feel it. David Henley, in his book Clayworks in Art Therapy (2002), reports that regression, which occurs through clay work is quite cathartic (releasing).

Patricia Sherwood, in The Healing Art of Clay, says clay therapy provides inarticulate clients with a powerful medium through which to convey his/her experiences directly with the counselor. Clay therapy is used to work vividly and transformatively with anger, grief, fear, family of issues, relationship communication and blocked speaking.

John Bowlby, whose work I admire a lot and have referred to elsewhere, uses it in his book Attachment and Loss (Vol 1, Penguin, 1969).

Back to Louise’s Story

After modeling the whole traumatic scenario, Louise still could not speak without a pronounced stammer.

BUT… when Per called in the parents and they watched and listened while their daughter described her model in detail, Louise’s stammer vanished at the exact end of her explanation! Over 20 years later, the stammer has never returned and probably now never will!

What Is Modeling Clay?

I’m talking about modeling clay: grey Roma Plastilina is probably the best; a wax- and oil-base modeling material used by sculptors for modeling pieces. It can be softened by warmth or kneading and is easy to shape. But ordinary school-grade clay is fine for this work. Another proprietary name I remember well from childhood is “Plasticine” (a registered trademark of Flair Leisure Products plc.).

Of course this type of clay therapy is not to be confused with the practice of taking what are, in effect, mud baths for detox purposes.

, let me point out that the offer of a free membership of New Thought Horizons is still available.

Go here to get the introductory videos, and then make up your mind.