You may or may not know that joint inflammation, these days, is seen as often directly due to micro-organisms within the joint itself. Bacteria get in there, raise hell; inflammation and pain is the result and we call it “arthritis”. It has little to do with age and “wear-and-tear”, which is the medical school model.

This realization that an actual physical infection leads to arthritis is relatively new. Over the years, I’ve cured thousands of arthritis cases, using the food allergy/elimination approach.

So, how could that be? It’s not counter-intuitive. If you eliminate stress foods, the immune system recovers from the overload and is better able to deal with the invader germs. Less joint inflammation is the result

Remember my lifetime saying (one of dozens!!), that you don’t need zero burden to get zero symptoms; you just have to reduce the overload to the point where the body can cope. Step back within the threshold limits and the body recovers

Anyway, a new controversy has erupted from this topic. Dr. Hanne B. Albert and colleagues of the Spine Centre of Southern Denmark have found that a significant number of back pain sufferers will benefit from a course of antibiotics.

Of course, Dr. Albert’s colleagues are stupefied and attack her relentlessly because her finding “cannot be true”. Nobody these days seems interested in what actually works; just what fits in with current dogma. The dogma is more important than clinical results, per se

Not that dogma has much to offer back pain sufferers. Recommended orthodox treatments include painkillers, hot or cold compresses, physical therapy, keeping active and (rarely) lifestyle changes.

In extreme cases, when other treatments have failed, surgery may be recommended and the patient is told this is the only option left. In my working life, I have never met a single patient who benefitted from back surgery—but I have met a good many who have been permanently ruined by these procedures!

In the first study of 61 patients who had spinal surgery for lower back pain, the researchers found bacteria in 46% of the slipped discs.

The work of Albert et al. validates and builds on previous work by Alistair Stirling and colleagues (and others), who found Propionibacterium acnes, a normal skin organism that causes acne, in degenerated lumbar intervertebral discs.

The research team recruited 162 patients who had been living with low back pain for more than 6 months following a slipped disc. Half of the patients were given a 100-day course of antibiotic treatment, while the others received a placebo.

The back-pain sufferers were randomized into two groups: a placebo group, and a group given antibiotics daily for 100 days. Result: Patients who took the antibiotics improved on all outcome measures, in statistically highly significant fashion, not only at the end of 100 days but one year later.

The findings are published in the European Spine Journal.

Resistance To A Cure

As I said, the run-of-the-mill under performing doctors are incensed by this suggestion. Media reports that antibiotics could be a cure for back pain have alarmed John O’Dowd, a consultant spinal surgeon and president of the British Society for Back Pain Research.

Well, the spinal surgery that he does is certainly a disaster. But it pays the mortgage, even if it doesn’t help patients.

Where Do The Bacteria Come from?

The answer may surprise you. These come from anaerobic mouth and skin commensal organisms during normal bacteremias (bacteria in the blood).

Oh yes, didn’t I mention? Bacteria are swimming around in our blood all the time! Subclinical episodes of bacteremia are not uncommon; in fact they are normal. The typical entry point for bacteria arriving in the blood is the periodontal space (and/or the gums themselves, in the case of gingivitis). You don’t have to have periodontal disease or gingivitis to experience bacteremia, however. Any dental procedure, even vigorous brushing of the teeth, poses the risk of a bacteremic event.

Bacteremia is also possible when boils (pimples, carbuncles) are traumatized, whether deliberately (through incision) or accidentally (e.g., by shaving). 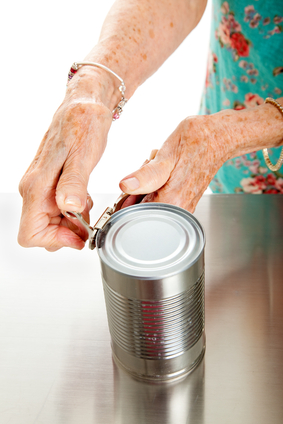 Obviously, any open skin wound is also an invitation to bacteremia.

Bacteremia is also a common complication in urinary tract infections.

These “normal bacteremias” are short-lived.

But even a “normal” bacteremia can lead to trouble, because once bacteria enter the blood, they look for areas of inflammation in which to congregate and take up residence. So for example: catheters, implants, sore joints, slipped discs, and inflamed coronary arteries are all potential sites for bacterial occupancy. (Take note: the connection between periodontal disease and heart disease is well established. After adjusting for age, sex, diabetes status, serum total cholesterol, smoking, and hypertension, death rate for coronary heart disease goes up by a factor of two for people with gingivitis or missing teeth.)

What it means is that if your gums bleed when you brush (or if you have a problem with boils or acne), you could (arguably) be at risk for a variety of ailments, from heart disease to arthritis to chronic lower back pain.

Where Is All This Leading?

I want you to grasp what I have been teaching my readers for years:

In any case, it would be wise to know what you can do instead of drugs. That’s obvious.

But what intrigues me is the possibility of cleansing your “normal bacteremias”, gum disease and back pains by using holistic ALTERNATIVES to antibiotics.

You know what? There are countless workable substitutes, mostly safe and certainly safe to use if you follow instructions.

Some natural plant substances actually out-perform modern high-power antibiotics. But do you know what these plant and food substances are?

To learn about this and some day save a life in your family, get my powerhouse reader describing lots of safe, natural, holistic alternatives to bugaboo antibiotics.

In my usual way, I have loaded the text with scientific references; this is not some old housewives’ tale of what works and what doesn’t.

To be armed with such knowledge, you are ready to face the future safely, instead of ending up a “statistic” from random septicemia.

Go here to read about this massive compilation of antibiotics alternatives I have called “How To Survive In A World Without Antibiotics”.

Don’t just read the manual; USE it to stock your medicine cupboard!

The post Could Bacteria Flowing In Your Body Be The Real Cause of Arthritis appeared first on Dr. Keith Scott-Mumby.