Despite the continued controversy and dangers of statins, it remains the number one prescribed class of drugs in the Western world.

A headline that caught my eye over the Christmas break was Survival Up, Complications Down With Perioperative Statins at Noncardiac Surgery. Sounds promising. Maybe these things do work better than I think?

In a nutshell: In a large retrospective cohort of patients who underwent non-cardiac surgery, those who received perioperative statins were less likely to die within 30 days or have surgery-related complications than their peers.1

A Bit Of Science For You & The Dangers of Statins

Large cohorts are good for science. But retrospective studies are very shaky, at best. The benchmark is a linear forward study, where you follow what actually happens, not what you were looking for necessarily.

What the researchers noted was that the risk reduction was greatest in patients who were younger than 75 years old or had diabetes, ischemic heart disease, or high-risk non-cardiac surgery or received intensive statin therapy; patients who discontinued statins had worse outcomes.

Problem 2: Not much was known about the dosing protocols for the patients who were said to be taking statins. That’s a huge gap in the data.

Problem 3: This is about perioperative use of statins. Not much inference can be drawn as to the benefits of statins for a normal user. I have repeatedly drawn attention to the fact that if you are a woman, or a man who has not yet had a heart attack, statins are proven worthless.

In fact worse: The dangers of statins do harm, as we know. Big Pharma and the cardiologists constantly hush this up. The latter are just bone-idle and take the easy pathway to riches, relying on someone else’s published B*S*.

At best this study could provide a bit more impetus to conduct randomized studies despite their complexity and expense.

There continues to be only shaky and faked science for statins, despite childish enthusiasts, such as Sir Rory Collins, who has been dubbed the “statins supremo” in Britain.

But wait! Sir Rory has now finally confessed that he didn’t even do an analysis of safety and side effects! What? 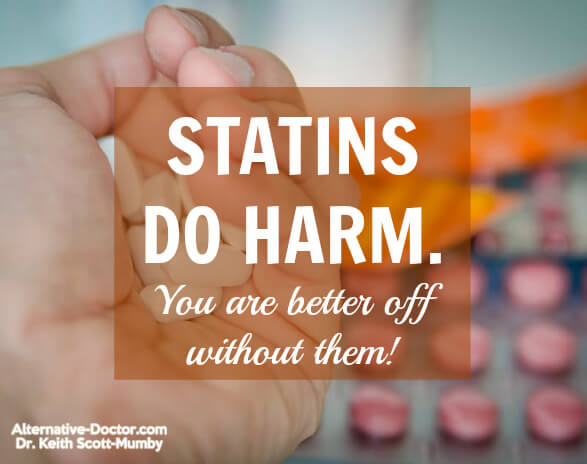 My first response when I heard this was probably disbelieving laughter, followed by outrage at the breath-taking hypocrisy of the man who has stood at the forefront of claims for efficacy and safety of statins. HIS claim is that if people don’t take statins, then people will die unnecessarily. He has even championed the push to get children on statins.

Then, all of a sudden, he emerges as a conman and trickster of the first order (I said as much in my eBook “Don’t Take Statins”). It’s EVIL, never mind fraudulent.

What is not funny at all—no laughing matter—is that for years Sir Rory has been telling everyone that statins are virtually side effect free. The outrage is because he has defended this belief, which now turns out to be far from firmly based, in ways that have nothing to do with the norms of scientific disagreement.

Last summer, when a couple of articles in the British Medical Journal suggested the true side-effect figure was much higher than Sir Rory was claiming, he gave an interview to the Guardian newspaper warning that thousands would die if doctors kept “creating misleading levels of uncertainty” about statins. Making people “unjustifiably suspicious” of these drugs, he said, was going to lead to deaths because people would stop taking them.3

It turns out Collins had no data other than what the drug companies had published—an outrageous conflict of interest. This fraudster and his team had only looked at the risk of cancer and serious muscle damage.

In other words, they had so far totally ignored years of reports from doctors and patients of serious muscle pains, diabetes, cataracts, memory loss, brain fog and declining libido.

Does that sound like serious and proper science to you?

What’s outrageously sick is that Collins has the effrontery to suppose that he was a suitable and fit person to head a new and belated analysis of the data on side effects. 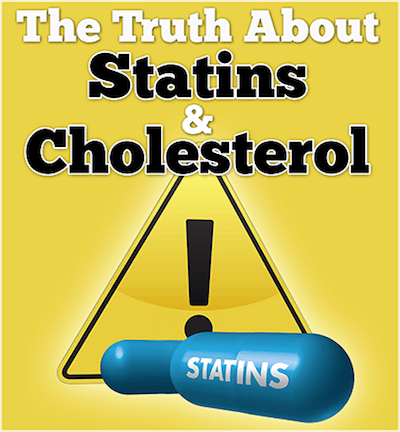 His mission “is to convince the public that statins were safe.” That tells us right away he doesn’t do science; he doesn’t want the truth at whatever cost; he just wants to prove his own position. I would not dream of trusting such a man, with such an agenda. It’s so like the CDC trying to prove all vaccines are safe, so the public will resume confidence and vaccines.

It is little known outside medical circles that Sir Rory heads a large and very influential research unit at Oxford called CTT (Cholesterol Trialists Collaboration) which holds a unique and enormous collection of drug company data. It has all the raw material gathered in the 28 or 29 large statin trials (just one trial can generate 100,000 pages) and it regularly publishes complex meta-analyses on their effects, which of course routinely find that statins are beneficial. The math and “statistics” are nearly always so complex as to be virtually impenetrable by the average doctor, who simply takes the output on trust.

Finally, yet another damning paper from independent researchers, relegating statins to the trash can.

According to David M. Diamond, a professor of psychology, molecular pharmacology and physiology at the University of South Florida, and Dr. Uffe Ravnskov, an independent health researcher and an expert in cholesterol and cardiovascular disease, statins may produce a reduction in cholesterol levels, but they have “failed to substantially improve cardiovascular outcomes.”

These authors further state that the many studies touting the efficacy of statins have not only neglected to account for the numerous serious adverse side effects of the drugs, but supporters of statins have used what the authors refer to as “statistical deception” to make inflated claims about their effectiveness.

Moreover, Diamond and Ravnskov showed how the minimal actual benefit—one fewer heart attack among a 100 patients on statins—can be presented as a benefit of 30-50%. They conclude that while a pill that promises a longer, heart attack-free life has great appeal, statins only have a small impact on heart disease while their adverse effects ‘are far more substantial than is generally known.’3

So if you are currently taking statins, you can safely stop them. You are better off without the dangers of statins, it’s fraudulent and dangerous junk, NO MATTER WHAT YOUR DOCTORS SAYS.

It’s become akin to heresy to point out that statins are built entirely on fake science, smoke-and-mirrors. Mainstream doctors dare not speak out.

But Dr. Ross Walker MB, BS (hons) FRACP, FCSANZ, Fellow of the Royal Australian College of Physicians, Member of the Cardiac Society of Australia and New Zealand, Fellow of the Cardiac Society of Australia and New Zealand, is worth getting to know. He has sneaked into the literature findings like Bergamot (citrus) extract plus statins has considerably enhanced effects, over and above what can be achieved by statins alone, “To produce a profound effect in preventing and, in some cases, reversing atherosclerosis which is the progressive build up of the fat and inflammatory products in the wall of arteries, and eventually this may lead to a heart attack or sudden cardiac death and other vascular issues.”4

In fact Dr. Walker has made a special study of a particular formula of Bergamot extract which is the ONLY product based on the most up to date and ongoing research of Professor Mollace (MD, PhD), in Italy, specializing in cholesterol control with natural plant substances. 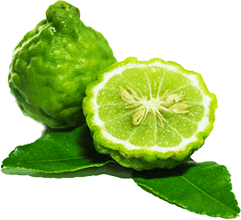 Professor Mollace (pronounced mollarchy) tried many sources of Bergamot but found it was ONLY Calabrian Citrus Bergamot that had the unique polyphenols that are necessary to reduce cholesterol, blood glucose and treat metabolic syndrome and which are shown and are continued to be shown in his research.

Here’s the good news: I have made this EXACT formulation available to my subscribers, at minimal market cost.

It’s better than the stuff sold by Dr Stephen Sinatra and Dr Julian Whitaker, I made SURE of that (theirs are just bergamot extract, not BPF licensed by professor Mollace, but they piggy back the real science).

To learn more about my Bergamot Plus formula, click here. 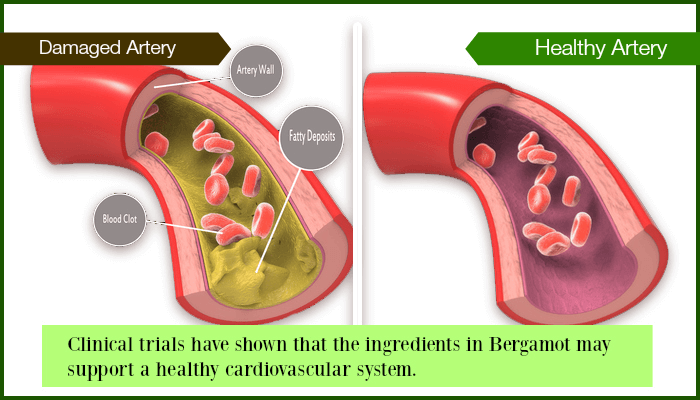 3. David M Diamond, Uffe Ravnskov. How statistical deception created the appearance that statins are safe and effective in primary and secondary prevention of cardiovascular disease. Expert Review of Clinical Pharmacology, 2015; 8 (2): 201

The post Dangers of Statins – The Number One Prescribed Drug Is A Dangerous Hoax appeared first on Alternative Doctor Dev Site.