DRY JANUARY NOT A GOOD IDEA – Here’s Why

Every year a lot of people drink themselves under the table over the Christmas holidays and vow “never again”. Feeling guilty and morose, it’s fashionable these days to compromise and declare a “Dry January” (no alcohol for the whole month).

But actually this is not a good idea. And even if you don‘t drink at all (teetotaler), it’s important you understand the physiology I am going to explain, because it applies to many aspects of our intake, not just alcohol.

We’ll start with the alcohol deprivation effect (ADE). What it tells us is that abstinence is doomed to failure. It does not work and here’s why: animals (in this case lab rats) bred to be alcoholics will, of course, abstain if they are denied any further alcohol supplies. But only because they are forced to abstain.

The moment the supply of alcohol is restored to the cages, THE ANIMALS DRINK THEMSELVES SILLY! Glug glug glug glug… It’s making up for lost time. It reverses all the good done by abstinence.1

This knowledge comes from the research work of Dr. John D. Sinclair in America during the 1960s. He later moved to Helsinki, Finland, to take his research forward using specially bred rats genetically predisposed to becoming alcoholic. The conclusion of Sinclair’s experiments? That alcoholism is a learned behavior and it can be UN-learned! 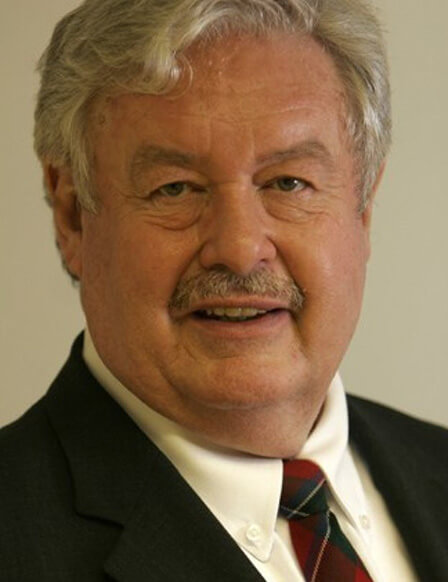 It’s the reason abstinence fails. It’s only holding back the tide of drinking. Unfortunately it has given rise to the myth that an alcoholic cannot be cured. Once an alcoholic, always an alcoholic is what Alcoholics Anonymous teaches.

What is observed is that—no matter how long a person abstains—if he or she subsequently takes a drink, it triggers the glug glug glug glug of the lab rats! The result is fierce heavy drinking, passing out in a coma, maybe violence, lost weekends… the whole nine yards.

If you are unlucky enough to have lived with an alcoholic you will also be aware there are other issues: like dishonesty and secret drinking (hiding bottles), always followed by deep remorse and self-hatred. It’s pretty difficult to love an alcoholic, frankly.

But it’s all nonsense!

As I said, the problem is with abstinence. It does not and cannot EVER work to the person’s good. That’s why Alcoholics Anonymous have such dismal results. Members are TERRIFIED of breaking their abstinence, because they know it will all go south if they do! Will power does not solve the problem of WHY a person is drinking to excess.

Not surprisingly, AA has a low success rate, which some critic put at less than 10% (it depends of course on what criteria you use for “success”). According to Lance Dodes MD, “There are some studies that have claimed to show scientifically that AA is useful. These studies are riddled with scientific errors and they say no more than what we knew to begin with, which is that AA has probably the worst success rate in all of medicine.”2

By the way, we don’t use the term alcoholic much these days. It’s very restrictive. A much commoner term, that gives us an understanding of how widespread alcohol abuse is, we call alcohol use disorder (AUD).

Is there something better than abstinence? After all, the peoples of southern Europe drink a LOT and don’t get sick, are not alcoholics and can control their drinking on the whole. But a true Frenchman, Spaniard or Italian would not dream of giving up their drink anyway. He or she takes it almost daily and doesn’t come to harm. They rarely trigger the alcohol deprivation effect and so they can handle their drink.

Yes, the answer is to DRINK! Sounds crazy, doesn’t it. And there is an important caveat, which must be observed. Then we have a treatment which is 78-80% or more successful—not to achieve total abstinence, but to achieve controlled, moderate drinking. It’s called…

After the above-mentioned Dr. John D. Sinclair. Unlike traditional treatments that require complete abstinence from alcohol, the Sinclair Method allows you to continue drinking alcohol at the beginning of treatment.

In fact, treatment success depends on the continued consumption of alcohol in combination with the prescription medication Naltrexone.

Naltrexone is at the heart of the Sinclair Method for Alcoholism. It is important to understand that alcohol triggers the same opioid reward pathways in the brain as does morphine. When a person takes Naltrexone prior to drinking, it blocks endorphins, the naturally occurring opiates in the brain, from being released when alcohol is consumed.

If the endorphins are blocked, there is no “buzz” or rewarding experience, and the alcohol doesn’t make you feel the pleasure that drives you to drink excessively. We call this pharmacological extinction.

But it won’t work unless the person takes a drink! Naltrexone must be taken at least one hour before drinking. Done right, the person gets less and less pleasure from drinking alcohol and may give up altogether, or drink only occasionally and moderately.

I’m sure this is good news for problem drinkers, for whom abstinence is very daunting indeed. Usually a person crawls to AA when he or she is so disgusted with themselves that they are ready to surrender. And the famous 12-steps are pretty rough and self-degrading.

I have never understood the purpose of making the person stand up in front of the group and announce: “I am an alcoholic.” It’s the wrong signal; bad motivation.

My idea of a successful cure is not abstinence but being able to (truly) control drinking. A person should stand up and say, “Alcohol used to be my master—but not any more! Yay!”

You can watch a lady explain how she benefitted from the Sinclair Method on YouTube (a TEDx talk): https://www.youtube.com/watch?v=6EghiY_s2ts

As a closing note: You may have heard of naltrexone for morphine overdosing. It saves lives but blocking the opioid receptors in the body.

According to a report in reported in the July 2011 issue of Experimental Biology and Medicine3, LDN was found to have an extraordinarily potent antitumor effect on human ovarian cancer in tissue culture and xenografts (that’s when tumor tissue is implanted into the skin of a test animal). By the way, ovarian cancer is the 4th leading cause of cancer-related mortality among women in the United States.

The strategy of LDN therapy in repressing cancer was first reported over 30 years ago by Drs. Zagon and McLaughlin (Science 221:671-673). But why should it work?

Here’s to healthy and vibrant drinking, with all the documented health benefits, and none of that nasty alcohol use disorder, OK?

If you do suspect yourself of AUD, see your doctor and show him this piece or a web article about The Sinclair Method! You’ll need a prescription for naltrexone (50 mg).

The post DRY JANUARY NOT A GOOD IDEA – Here’s Why appeared first on Dr. Keith Scott-Mumby.