Finding the Good in Everything, No Matter How Painful

This is from a section in my new book Healing Your Life !

It’s not easy getting sight of the Sun, in dark and stormy skies. But actually, you can turn anything into a triumph, if you make an effort to frame it with a different perspective.

When my first wife Pauline ran off suddenly, I was bereft and thought the happy part of my life was over. It took me years to get over the shock. For a long time, I thought bitter thoughts about the man who had taken her from me, using lies and deceits, as I structured it in my mind.

Now, if I ever met him, I’d shake his hand and say, “Thank you!” I’d express my full gratitude because if that painful split hadn’t happened, I would never have met my beloved second wife, Vivien. It was worth any degree of misery to get her as the prize!

It crashed my career for many years. But in the end, I enjoy what I do more, with less stress, and earn more money than I ever did in the old days (let me here insert my gratitude to my first wife, who supported me and helped build my international reputation in the 1980s. It would be surly and dishonest not to acknowledge it).

I didn’t do it quite right though…I waited. Instead I should have got out a pen and paper almost right away and listed: “the benefits of my wife being gone from my life”! There were plenty to list. I just couldn’t see them at the time.*

This is fun: a few months after she left, a visitor had me stand at the front door and shout to the world, at the top of my voice, “Next!”

Now I would generalize this as a technique anyone can use: no matter what disaster scenario you are facing, figure out what’s GOOD about it. Write a list because it has been many times proven that writing in your own hand has a far more powerful psychological impact than just thinking about something.**

You can find the good in everything, if you try. It may take a little digging. But like controlling the flow of water, there are moments when you unblock a channel and a whole flood of stuff comes into the light.

Listen, even terminal cancer. Many people I have met had cause to bless the fact they got cancer. It brought them up sharp, made them re-appraise their lives and in many cases the changes were healing and curative. It’s a scary way to get to a good place but the result was, ultimately, positive. 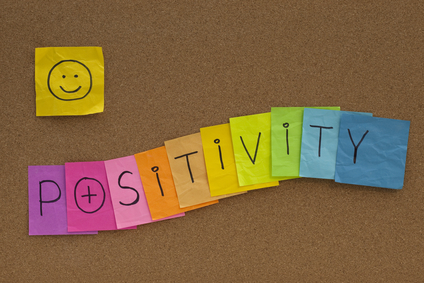 To do this, you have to believe that there is always good somewhere, in everything. Jews being killed by Nazis…bad. But then the West got lots of capable scientists that found a new life and new freedom in the USA—people like Werner von Braun, whose rocketry skills put a man on the moon; or Einstein, who was then free to work unmolested and give us keynote philosophies, as well as exciting science.

War is always bad. But there are good aspects. In WW2 we got radar, developed under fear and threat. But today it has saved millions of lives and keeps ships and aircraft safe.

Even for Germany, it holds true. Germany lost the war, supposedly, but today they are the richest and most powerful nation in Europe. One can indeed ask the question: did they really lose the war? They developed rocket craft and there is an argument they, not the Americans, put the first man on the moon!

In your own life, if you got fired…bad. But now you might have time to pursue things that mean more to you than the workaday job and the stressful commute.

You could take up painting or write that novel, at last! Less money? Yes, but that’s not necessarily bad, all things considered.

After my first wife left, my whole financial prosperity collapsed. But then I didn’t have to work so hard to pay a big mortgage and 12 staff. I slipped off to Spain and goofed around in the sun! I wrote my book Virtual Medicine in just 12 weeks. Get the idea!

The real point is that it’s your choice how you view things.

In the words of Shakespeare:

“there is nothing either good or bad, but thinking makes it so.” (Hamlet Act 2, Scene 2).

Events are only negative from your limited perspective. All you have to do is change your view and everything improves, as if by magic.

All this is mixed up with other important perspective changers, like gratitude and forgiveness. You can change the whole world around you by letting go of disappointment, bitterness, anger and resentment.

They say revenge is good; a dish that is better served cold (pre-meditated). Oh no it’s not. It’s a disgusting meal that will poison all your life if you let it. And the “triumph” of revenge does not taste good…ever.

Or not for more than a fleeting moment, before you come to the realization that you hurt THEM but it didn’t, in the end, make you feel any better whatsoever.

That means he or she beat you in the end. Revenge is the loser’s path.

Better to re-frame the supposed hurt in more positive terms. It makes you feel good and that’s an even better way to spite your enemies! That means YOU win in the end!

Today I can easily picture the dismay on my first wife’s lover’s face, when I hug him and say, “Thank you!” because a number of things were done at the time which made it clear that the pair intended to make it more damaging and painful than it need have been (see also Healing Your Life! #94 Breaking Up Intelligently). It will spoil their fun to realize I benefited immensely from the outcomes.

Bernie Siegel quotes from a wonderful essay in his book Love, Medicine and Miracles which always makes me weep. It’s called “Lessons From The Art Of Surgery” by New York surgeon and prize-winning author Richard Seltzer, in which he describes observing the loving presence of a god:

The young woman speaks. “Will my mouth always be like this?” she asks.
“Yes,” I say, “it will. It is because the nerve was cut.”
She nods, and is silent. But the young man smiles.
“I like it,” he says. “It is kind of cute.”
All at once I know who he is. I understand and lower my gaze. One is not bold in an encounter with a god. Unmindful, he bends to kiss her crooked mouth, and I so close I can see how he twists his own lips to accommodate to hers, to show her that their kiss still works. I remembered that the gods appeared in ancient Greece as mortals, and I hold my breath and let the wonder in.

What kind of man could have found it in his heart to say that his wife’s twisted face was kind of cute? No bitterness or anger from him, that his beloved is hurt. Truly, he must have been a god…

*I don’t mean that to sound nasty. I mean it was up to me to look at things differently and see what positive things had come to pass, like being free to travel to places she didn’t like; no more upsets and arguments to disturb my writing; no monthly PMT headaches to live with; the chance to have wild flings with lovely younger women (plenty of those), and so on…

The post Finding the Good in Everything, No Matter How Painful appeared first on Alternative Doctor Dev Site.