Get The Facts & Your Food Allergy Action Plan Here!

Someone sent me a piece to critique. It was by a “colleague”, meaning someone who wrote health info too. An MD… but he didn’t seem to know much. A windbag, as we would say in Olde Englande!

He mentions food allergy…. Do the casein and gluten thing and you’re done, he instructed readers.

The truth, as I keep telling you, is that any and every food could be a contender. Casein and gluten aren’t even as common as wheat allergy (but not other gluten foods), or dairy allergy (fat and carbohydrate milk substances, NOT just the casein).

You are worth more than that. For this guy to toss off such a mighty important topic with just a passing reference to what he learned from Googling food allergies is a grave disservice to his readers. I can do better!

Talking of Olde Englande, did you know that Charles Dickens spotted food allergies?

In A Christmas Carol, he has Scrooge talk to the ghost who appears and Scrooge thinks he may be hallucinating because of something he ate… “You may be an undigested bit of beef, a blot of mustard, a crumb of cheese, a fragment of an underdone potato.” says Scrooge to the ghost. And then the old miser jokes: “There’s more of gravy than of the grave about you, whatever you are!” 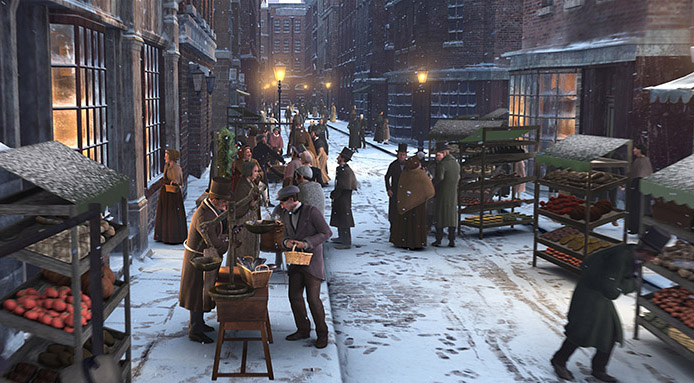 The Facts About Food Allergies

The truth is, a food allergy can be anything at all. I have even had people allergic to water from certain springs but not others (there is a lot of organic material in your bottled Evian, Perrier, or favorite bottled water!)

Couple that with the fact that almost everyone, if not EVERYONE, has at least one food allergy and you’ll see it is worth some investigation. Indeed, there are few more valuable health steps and food allergy action plans you can take than to figure out the foods that don’t suit YOU!

Luigi Cornaro, a contemporary of Leonardo da Vinci and Michelangelo, did exactly that and lived to the amazing age of 98. Even that’s been corrupted by Google and people now insist he made 100… wishful thinking, converted by Google into “fact”. “Bah! Humbug!” …as Scrooge would say!

Cornaro, a native of Venice, lived back in the time when very very few made their three score years and ten, never mind five score years minus two!

Cornaro knew nothing about food allergies. But he was smart enough to recognize what he called “rough foods” and avoided them. These items did not suit his diet. On the other hand there were good foods—and these included 12 ounces of wine a day and regular meat.

Curiously, he found salads were “rough” but doesn’t say exactly what went into his salads. Probably lettuce, which is highly toxic to some people.

Remember, it isn’t about food additives or GMOs, although we have to factor the latter in today. It’s about pure good foodstuffs and the potential toxins they contain.

Poisonous plants have a seed, root, leaf, stalk, fruit or juice where even a relatively small amount, taken either internally or eternally, can lead to injury. In some species the poisonous constituents occur throughout the whole plant.

There can be real and present dangers for those who have under-performing detox systems (which is the majority of us today). For instance I had a boy who was allergic to any foods in the carrot family and had bad epileptic seizures if he ate any of them (the umbelliferae: carrot, parsnip, celery, fennel, parsley, dill etc).

Doctors don’t only ignore these possibilities; they fight them as stupid and absurd notions and instead prefer to give out their toxic drug nonsense.

And beware of some writers. Peter D’Adamo, for example, who is more interested in peddling his blood group theory (or should I say his father’s blood group theory) than fact, will miss the trouble time and time again because he’s obsessed with substances called lectins, which are only a small part of the problem.

This is a classic case of ignoring practical clinical observations because they don’t fit with a nice (money-spinning) theory. 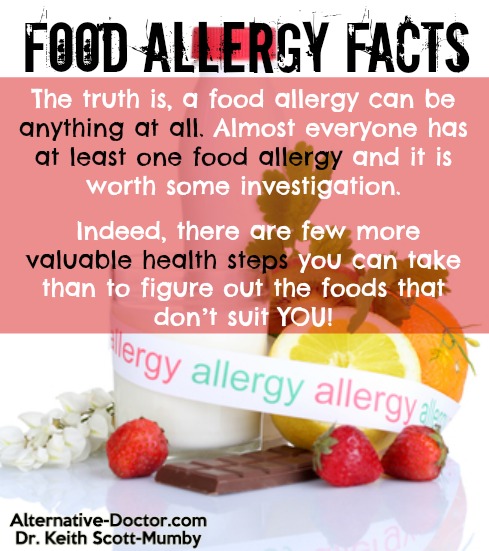 You have one or more rough foods, for sure. But do you know which ones they are? I doubt it. Most people guzzle and gobble, feel sick, take pills and moan. It’s rare for people to connect bad eating and unpleasant symptoms.

Trouble is, there is so much false and misleading data out there, from vegans and vegetarians telling you that animal products will kill you, to government flunkies telling you to eat carbs, avoid fat and GMOs are totally safe, that I understand it is confusing.

The best answer to date is to simply consult your own body. Ask it the relevant questions in the right way and it will give you pretty smart and consistent replies.

It doesn’t work to say, “I had milk all last week and no migraines, therefore milk cannot be the culprit.” You have to understand that foods mask their effect, they are “hidden” or “masked” allergies. A food you eat every single day could be the real health-wrecker you are looking for.

You need to know how to trick them into revealing themselves.

As I mentioned a few days ago, I have developed a virtual “school” on this—that’s how important I rate it. I call it the Diet Wise Academy. If you aren’t BURSTING with energy when you leap out of bed in the morning, you need to get enrolled!

You can discover my food allergy action plan and some of the insightful content by following these links below and watching each of the short videos in question.

When you’re done, you are probably smart enough to want to follow up and that’s what I recommend you do. You will be given a step-by-step food allergy action plan, to become a graduate of the wise arts of cooking and eating!

Incidentally- AND I’VE NEVER SAID THIS BEFORE – if you are a skilled healthcare practitioner, you can take a brief exam and be given a certificate for your wall (a diploma) that says you know what you are doing!

Check out these free videos loaded with a ton of eye-opening information. I want you to plan ahead for your health. Then especially watch #5 (the last video), which has a special offer. I don’t release this series of videos often – so get them now, while you still can.

In the meantime, enjoy the start of 2015 and let us together, make it the start of the healthiest year of your life.