How Fast You Walk Tells Us How Quickly You Age

A fascinating study carried out with New Zealanders but published by Durham University, North Carolina, has lifted the lid on something quite surprising: how fast you walk at age 45 correlates with accelerated physical and biological aging. This is from what we call a longitudinal study—one of the most reliable kind—and it spanned nearly 50 years!

In other words, how fast people are walking in midlife tells us a lot about how much the body and brain have aged over time.

The information comes from following 904 individuals from New Zealand, put together as a bunch from birth, who were tracked for more than 40 years beginning at age 3, as part of the Dunedin Multidisciplinary Health and Development Study, a longitudinal investigation of health and behavior in a representative birth cohort.

This suggests gait (walking) speed is not only an indicator of aging, but also an indicator of lifelong brain health, with possible origins in childhood nervous system deficits.

I find all this totally fascinating! The study was published online October 11 in JAMA Network Open. 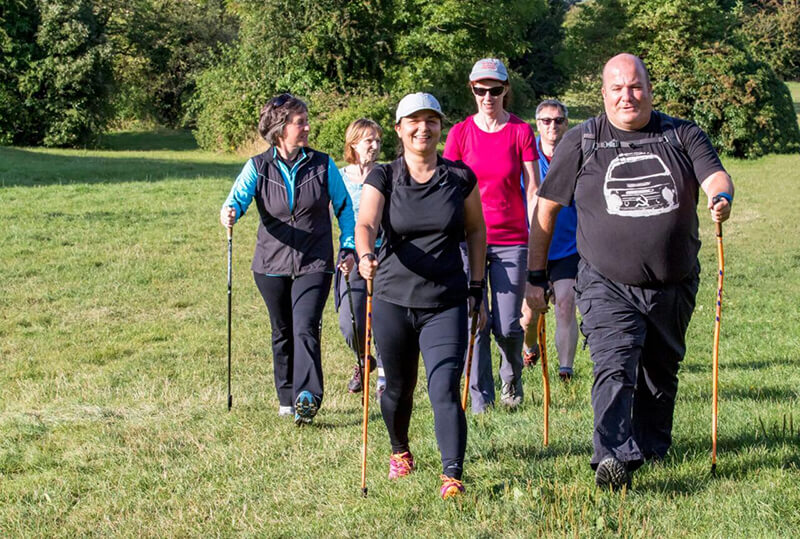 At age 3, participants were assessed by a pediatric neurologist. They had standardized tests of intelligence, receptive language, and motor skills. In addition, each child’s emotional and behavioral regulation was rated. At ages 7, 9, and 11, they took the Wechsler Intelligence Scale for Children (Revised).

At ages 26, 32, 38, and 45, physiologic health was assessed, including measurements of body mass index, blood pressure, cardiovascular and lung fitness, cholesterol, and other markers.

In other words, these individuals were studied pretty closely. That makes the findings more valuable to us.

Average gait speeds at age 45 were 1.30 meters per second for usual gait, 1.99 m/sec for maximum gait, and 1.16 m/sec for dual-task gait (walking while doing something else).

Now I need to remind you that “associated with” does not mean the same as “caused by” (correlation is not causation, is the mantra!) Even so, given the length and detail of the study, this is clearly telling us something important.

Unfortunately, the message is not a clear one of “Walk fast and you’ll slow down aging.” But such a recommendation is certainly consistent with the data obtained. So I recommend you do it anyway.

In addition to walking speed predictions, lower IQ in midlife and evidence of cognitive decline from childhood to adulthood was also significantly associated with slower gait at age 45. Importantly, the researchers also note that adults who had had poor neurocognitive functioning at age 3 also had slower gait in midlife.

These findings “call for rethinking gait speed, from a geriatric index of functional decline to an index of the role of lifelong neurocognitive functioning in processes of aging,” the investigators tell us.

If you want that translated, it means walking speed is not just a measure of aging (it is) but also a pointer to lifelong neurological health.

Now researchers suggest that walking speed should be expanded from just a test used in geriatric medicine (people over 65), to a tool that is useful and makes solid predictions at any stage of life (actually from 3 years onwards, but they were not that nit-picky!)

In fact gait speed should probably be used at all health check ups and medical assessments, at any stage of life. That’s good.

As with all studies with interesting findings, those not involved like to throw in their 10 cents worth. Commenting on the study in an accompanying editorial, Stephanie Studenski, MD, MPH, Division of Geriatric Medicine, University of Pittsburgh School of Medicine in Pennsylvania, says gait speed appears to be a “valuable signal of potential health concerns in midlife adults.”

Although the authors do not provide a clear-cut point for reduced gait speed, they do suggest that rates of aging, cognition, and brain health are most affected among persons in the lowest gait speeds, Studenski notes.

For usual gait speed, using the authors’ data, she suggests a cut point of roughly 1.1 meters per second. “Certainly, as the authors suggest, midlife adults with slow gait speed are a potential target for interventions to prevent late-life disability and dementia,” she writes.

The implications for early childhood are less clear, Studenski says.

Meanwhile, us grown ups and Boomer had better take this to heart. Keep moving is the number one admonition to slow aging anyway. Do NOT get on a frame. It slows you to nothing. If you’re on one, get off it! Change your diet and settle down inflammation and you should be able to get some mobility back. Think positive! Some people have become fully mobile again, just changing their diet and taking omega-3s.

I walk 10 – 12 miles a week. I enjoy walking reasonably fast but lately I have learned to relax and stroll more. Even here in Las Vegas, I get to walk past ponds where there are geese, ducks and turtles (Yes, did you know, we have a unique Las Vegas turtle, called a red-eared slider?) 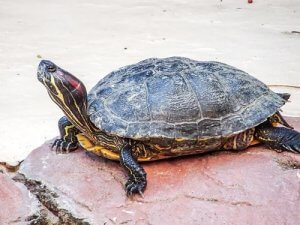 Now I think I’ll pick up the pace again. It’s good being 74, I don’t EVER want to get to 84, just stay 74 for the next 20 years!! The gait study was supported by grants from the National Institute on Aging and from the UK Medical Research Council. The authors have disclosed no relevant financial relationships. Studenski has received personal fees from Merck but she was not part of the study. Here’s to walking, walking, walking…Meanwhile, if you want to know hundreds of tips for slowing and preventing aging, get my super book: How to Live Beyond 100 Years. 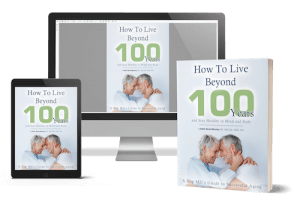 The post How Fast You Walk Tells Us How Quickly You Age appeared first on Dr. Keith Scott-Mumby.