Is LOVE a Vitamin?

Well, it’s certainly a nutrient. It makes you feel good w-a-y beyond what you get from a nice smoothie! What got me started this time is watching some super movies with my wife Vivien.

We like feel-good movies. There are some wonderful experiences out there. A warm loving ending leaves you uplifted; we all know that. But these modern Hollywood bang-and-splat blood-everywhere movies leave you feeling sick and disgusted. We never watch them but feel sorry for those that do.

In the same way that flowers uplift the environment, so does love. But some crude violent movies seem to me like heavy mental pollution in the environment—and make no mistake, this pollution affects us all.

I believe in the Buddhist principle, that anyone, anywhere, thinking beautiful, positive and wise thoughts uplifts the entire human race by a degree.

By the same token, anyone who watches movies with filth and violence is degrading us all. If nobody ever watched the Hollywood violence, the world would truly be a better place.

I can’t believe that they couldn’t make TONS of money by making movies only about love, duty, honor and caring. Why not? They used to in the old days, before special effects allowed them to tear human beings to pieces without actually having to face murder charges!

What are your favorite feel-good movies, where love was the main inspiration?

Mine are pretty clear: 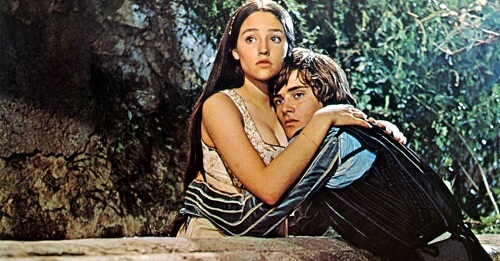 In that order. The first two are high drama but love wins in the end.

So what is it about love that makes us feel so good?

First, science is very clear: A major survey of 127,545 American adults found that married men are healthier than men who were never married or whose marriages ended in divorce or widowhood. Men who have marital partners also live longer than men without spouses; men who marry after age 25 get more protection than those who tie the knot at a younger age, and the longer a man stays married, the greater his survival advantage over his unmarried peers.

That makes love (marriage) sound pretty nutritious to me!

But is marriage itself responsible for better health and longer life? Maybe healthy men are more likely to marry, an effect called self-selection bias.

Actually, research shows the reverse is true: unhealthy men actually marry earlier, are less likely to divorce, and are more likely to remarry following divorce or bereavement than healthy men!

Even if you were married and later divorced, your life expectancy is longer than those who have  never really loved. I remember David Perlmutter MD pointing out that this statistic gave wings to Alfred Lord Tennyson’s famous line: “Tis better to have loved and lost, than never to have loved at all.”

Most of our regrets are born of a lost love. According to a study published in 2011, romantic regret was by far the biggest category (almost 20% of those surveyed). University of Illinois’ Mike Morrison and Northwestern University’s Neal Roese led a nationally representative phone survey of 370 adults who were asked to detail their biggest regret.

Regret, of course, is the negative emotion associated with realizing a different past decision may have brought a better outcome than what actually transpired. And most of us make bad decisions.

Regret is one of a group of feelings I call the Self-Deprecating Emotions (put yourself down emotions). The others are shame, blame, guilt and feeling unworthy.

That leads to primary advice: in whatever situation, go with LOVE. I have never seen in fail. I have had a saying for decades, born of a very painful divorce: love does not go away. If ever love meant anything, it is still alive (if it dies, it was never love in the first place).

It took me over 20 years to get my ex-wife back into my life—but she IS back, because I NEVER gave up the thought that I loved her. Now she’s sad and alone. So whenever I meet with her, I make an effort to touch or hold her in ways that I used to. But I have the wonderful Vivien, who brings wonder and joy every day. Viv is my reward for patience and caring!

I have never understood married and loving couples who turn to hatred and bitterness. It’s a momentary victory (not sweet anyway) but sooner or later the hatred turns to bitterness. A lifetime of hating is a terrible price to pay for a moment’s spite.

My first wife typifies another telling stat I know: over 85% of divorcees wish they were back with their first spouse. That’s not as amazing as it first sounds, when you consider that probably 50% didn’t really want to get divorced! It was the other spouse who forced it.

But over half those who walked out eventually wished they hadn’t. That’s still a lot of regrets. And why? Because people forget that love is the most important state of being to which we are privileged. Those who abuse love and go against her will get hurt, really hurt, sooner or later. Not that love is vengeful; love is kind, as the scripture says. But it’s one of the extraordinary tricks of the mind that we police and punish ourselves.

A Better Way To Do Things

Love is something to practice. We are very expert at complaining and rejecting things. Not so good at loving everything that comes our way. Love yourself enough to choose love at every opportunity. 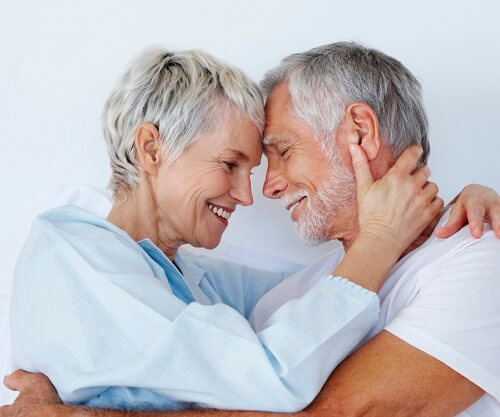 You might like to get yourself a copy of my Love, Gratitude and Forgiveness MP3 tracks, with binaural beats. You can download and play them on your computer, smart phone or tablet.

Better still, get them (and LOTS more life-changing meditations) on my awesome Kasina tracks.

The post Is LOVE a Vitamin? appeared first on Dr. Keith Scott-Mumby.