Lack of Iodine Can Lower IQ 15 Points or More

Talk About Food For The Mind and Brain!

You may remember an insulting word: cretin. We called people we considered stupid that but, as kids, we never knew why it was bad to be a cretin.

It’s actually not just an insult but a real medical term; or was. A cretin was a child who grew up severely mentally retarded due to lack of iodine in the diet. There are various theories for the origin of the word, including Cretanism (Crete was one place notorious for cretinism, before the real cause was found).

Nowadays, health workers don’t use the term cretin, because it’s insulting. Instead we call it congenital hypothyroidism. But the cause is still too little iodine in the diet.

I’m telling you all this to fix in your mind the fact that mental function is disastrously impaired, in the absence of adequate dietary iodine.

Incidentally, many other conditions can be traced to iodine deficiency, including blood pressure, cystic fibrosis of the breasts, bad cholesterol, ovarian cysts, arthritis and, of course, under-performing thyroid, which in turn leads to sluggishness and weight gain. 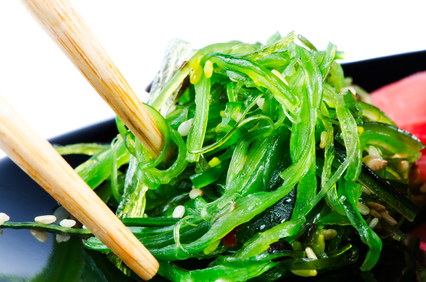 Despite knowing the importance of this mineral, almost 2 billion people in the world don’t get enough, and over 50 million people have brain damage caused by iodine deficiency.

It’s the most preventable kind of brain damage in infants and children, yet 36.5% of school age children are significantly deficient.1,2

But iodine deficiency also damages adult brains. Even a small deficiency can lower your I.Q. by 15 points. 3

So, what’s the point here? Get plenty of iodine. There doesn’t seem much point in learning really cool philosophies and stuff, if your brain is under performing. Better to fix the nutritional first, then you’ll get better life outcomes anyway.

Then throw in my super mind-structures and philosophies and you’ll really rock!

The current suggested daily dose of 0.15 mg per day of iodine is too low. It doesn’t take into account all the organs of the body that need it to stay healthy. I suggest 12.5 mg up to 50 mg of iodine per day from natural sources to support better health.

I take it as Lugol’s Iodine, which you may obtain via the Internet.

To try to derive enough iodine from food sources is difficult. Most food crops are grown in soil already deficient of iodine. Some foods (like bread) have bromine added, which competitively inhibits iodine.

Here is a list of foods that may contain iodine:

*DV = Daily Value. DVs were developed by the U.S. Food and Drug Administration (FDA) to help consumers compare the nutrient contents of products within the context of a total diet. The DV for iodine is 150 mcg for adults and children aged 4 and older.

This is totally inadequate in the opinion of nutritional experts, such as myself.

In times of radiation overdose (possibly the next 100 years after Fukushima?), you need to take extra.