Let’s Talk About How To Slim Down…

It’s one of the biggest industries in the world!

There is a never-ending stream of weight-loss books, magazine articles, diet aids, and propaganda on how to slim down. It’s not just a stream; it’s actually a tidal wave. 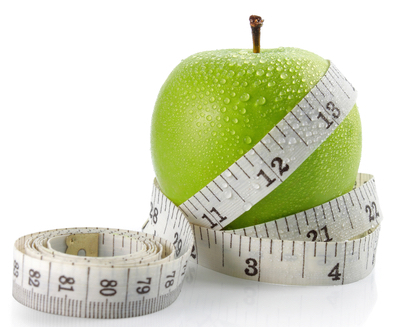 It’s a jungle of predatory lions trying to get at your money. People with whacky opinions have found they can make a fortune out of this desperate market; they write books; they pretend expertise. If you’re a sucker for it, then there is not much we can do to protect you.

However, there are one or two guiding principles, based on decades of experience that will help you to choose. We are not trying to sell you anything, so at least it is unbiased opinion.

The Ultimate Plan on How To Slim Down

First, the ultimate weight-loss plan is to eat less! It sounds simple, but it’s amazing how many people, if they are honest, are searching for ways on how to slim down without giving up their guzzling addictions.

Eat less does not mean be a supermodel and quit food. Less can mean just cut down by 10%.

Look, if your weight is a steady 80 pounds over the ideal, you only need to reduce your intake by 10% and it will start to fall. Logical? If you are on a maintenance food intake, yes, it’s logical.

If you are gaining steadily, however, you may need to cut down more than that. One of the simplest regimes I know is to cut out one meal a day and eat only two-thirds of the portions you normally eat.

Fact or Myth? Do Carbs Make You Hungrier?

The second vital fact you need to know is that carbohydrates make you hungry.

The famous “RAF Diet” of the forties was just a low-carb plan. The famous Scarsdale diet was also low-carb and worked wonderfully well. People were not hungry! Nowadays Atkins is the big name in low-carb eating.

For decades, the orthodox medical profession has been telling people to eat carbohydrates. That’s got them all hooked on sugar drinks, cookies, tortillas, pizza, and the like. The result is an epidemic of obesity. It’s advice that kills!

Recently, Atkins was proved right. I think the shock of the medical profession beginning to come around killed the poor guy!

Forget Berries or Other Gimmicks…

Thirdly, nobody needs a schlock product, berries, pills, or anything else to lose weight (especially beware of those that contain Chinese ma huang or ephedrine; it’s an amphetamine like substances and will send you spinning). I’ve seen lot of these over the years and studied them.

They all come down to this: take our product, follow this eating plan in the “handy guide,” and you are guaranteed to lose weight. It’s perfectly obvious that if you just followed the eating plan and threw away the product, you’d lose weight anyway.

To me, this is fraud under the guise of pseudo-science. Where glob and goo products might help is in creating the sense of being on a plan. A reminder you should not be doing what you always do at mealtimes. But it’s an expensive way to buy your determination of mind!

It has been said that a slice of pizza is about equivalent to an hour of hard tennis. It’s easier to give up the pizza than sweat away like that! It’s true to a degree. But after following that line for years with my patients I have gradually come to realize the true value of exercise.

It isn’t for working off calories at all. It’s about feeling good (endorphins perhaps), boosting the immune system (a New England Journal of Medicine study showed that exercise boosts white cells in the peripheral blood), keeping up cardiac efficiency, reducing stress, staying supple and youthful, rhythm, and a host of other health factors that can’t be tabulated as just calories.

So, putting the two sides together, one can say that you can eat a bit more liberally if you exercise regularly and, if you want to stay young and feel good, make sure you do between 20 and 30 minutes of some exercise, at least three times a week. You don’t have to be a gym junkie.

A study published in a peer-reviewed journal, Food and Chemical Toxicology, shows that eating GM food is almost certainly contributing to the obesity epidemic. GM foods cause inflammation and I have been at pains to repeatedly remind you that inflammation leads to obesity problems.

But I’m not just limiting my warnings to the weight gain issue. The test animals also showed increases in circulating glucose and triglycerides, plus significant damage to major organs.

Effects were mostly associated with the kidney and liver, the dietary-detoxifying organs, but other effects were also noticed in the heart, adrenal glands, spleen, and hematopoietic (blood making) system.1

Now learn this: in another shocking study, pigs fed a diet of genetically engineered soy and corn showed a 267% increase in severe stomach inflammation compared to those fed non-GM diets.

In males, the difference was even more pronounced: a 400% increase. So the fact that GM foods are inflammatory in character is now beyond question. The study was carried out over a 23-week period by eight researchers across Australia and the USA and was published in the Journal of Organic Systems, a peer-reviewed science journal.2

Of course the study was quickly attacked by the food industry; that’s quite standard. They put their shill scientists on it, to try and find details to criticize. For them there must never be any acknowledgement of possible dangers from GM foods…never, never, never.

The implications for you go far beyond losing weight…Genetically modified foods cause cancer and a host of other diseases. Stay away from them!

My advice on how to slim down is to keep it simple. Consciously think about what you eat, how it makes you feel, move a little more, and always enjoy your life!

The post Let’s Talk About How To Slim Down… appeared first on Dr. Keith Scott-Mumby.