Diet is the root of everything (good and bad) for your physical body. If you feed your body nutritious food, most of the time, you’re going to get a body that works efficiently and for a long time. Those are the scientifically proven odds.

You might think to yourself, “Lots of people take care of themselves and eat right all their lives and still end up dying of cancer or heart disease.”

That’s true. There are those who seem to do everything right and still get sick or die from diseases they worked to prevent. However, they’re not the majority.

Those are the publicized cases which represent a very small portion of cancer patients.

Medical and scientific experts (conventional and alternative) have stated time and again that the known risk factors for cancer consist of diet, lifestyle, and daily habits that (if changed) would lower your personal risk by approximately 80% overall.

That means 20% (or less) of your total cancer risk factors are out of your control. Factors such as age, gender, ethnicity, and genetic mutations are things you might not be able to prevent but you can still guard against other habits that increase total risk.

For instance, if you have a genetic predisposition for cancer – which represents about 5-10% of all cases and all forms of cancer – then following an anti-cancer lifestyle is imperative. Smoking, excessive alcohol consumption, obesity, and other known factors for developing the deadly disease would probably raise your initial risk substantially.

If you don’t have a genetic predisposition, then following an anti-cancer lifestyle is a common sense prevention measure. There’s a lot of talk about being “aware” of cancer and “fighting” cancer but I don’t feel there’s nearly enough talk about prevention.

The statistics differ but I’ll use the World Health Organization’s (WHO) estimate. “At least one-third of all cancer cases are preventable. Prevention offers the most cost-effective long-term strategy for the control of cancer.” Other official establishments estimate that as many as one-half of all cancers are preventable.

Personally, I feel those numbers are conservative. I believe that outside of genetic mutation, all cancer risk factors are within your control to limit or eradicate all together with a combination of proper diet, mental wellness, detoxification, and lifestyle habits.

Researchers with the University of Texas agree. They stated in their findings, “Only 5–10% of all cancer cases can be attributed to genetic defects, whereas the remaining 90–95% have their roots in the environment and lifestyle. The evidence indicates that of all cancer-related deaths, almost 25–30% are due to tobacco, as many as 30–35% are linked to diet, about 15–20% are due to infections, and the remaining percentage are due to other factors like radiation, stress, physical activity, environmental pollutants, etc.” 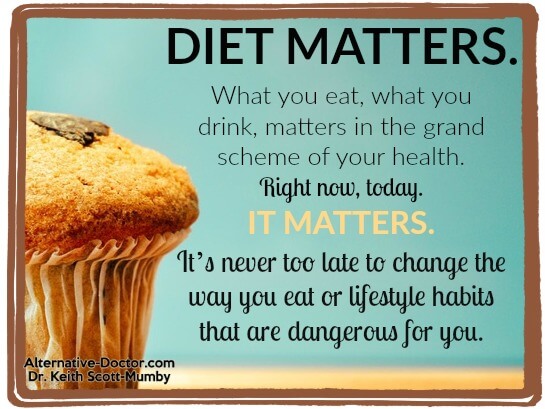 Diet Even More Important than Tobacco

In the last forty years, our food supply has been hijacked, corrupted, and practically forced upon us despite how consumers feel about our right to know what’s being added to what we eat.

This is glaringly transparent in the “diet” foods that replace real ingredients with artificial sweeteners and chemicals (worse even than the original sugar content), the hydrogenated oils that were supposed to be heart healthy (and have led to an epidemic of heart disease), and the agriculture farming industry’s blatant misuse of antibiotics and growth hormones in cattle and poultry (that is “ground zero” of the rise of antibiotic-resistant superbugs).

Now scientists are finally starting to see what doctors like myself have been screaming for decades. The poor health of the average American (adults and children alike) directly points to the low-cost, high-profit influx of garbage masquerading as food.

For too long, food manufactures and government agencies who were supposed to provide a “checks and balances” system have chased money and our bodies be damned. They lied. They deceived. They pretended not to see when we began to sicken. They denied the facts when so many started to die.

New York University’s study on the danger of highly refined carbohydrates is yet another chink in the armor of the people who flooded the market with fake food and sugary beverages.

Nour Makarem, PhD and lead author, explained, “One of the most important findings here is that the type of carbohydrate-containing foods you consume can impact your cancer risk. Healthy carbohydrate sources, such as legumes, tend to protect us from cancer, but non-healthy ones, such as fast foods and sugary beverages, seem to increase the risk of these cancers.”

Read more about what you can do to prevent this deadly disease from claiming your life. Click here to get my book “Cancer Research Secrets” and start focusing on prevention of the #2 killer in the world.

Diet matters. I’ve said it many times but I really want you to know the truth of it. What you eat, what you drink, matters in the grand scheme of your health. Right now, today. It matters. It’s never too late to change the way you eat or lifestyle habits that are dangerous for you.