Supplements caused no deaths in 2014. This says it all. The great orthomolecular nutritionist doctor, Abram Hoffer, MD, PhD, always said: “No one dies from vitamins.” He was right when he said it and he is still right today. But that cannot be said of orthodox medicine.

In the year 2000, Dr. Barbara Starfield, from the prestigious Johns Hopkins School of Public Health, published a shocking study which revealed just how incompetent doctors really are (there are always exceptions, remember). 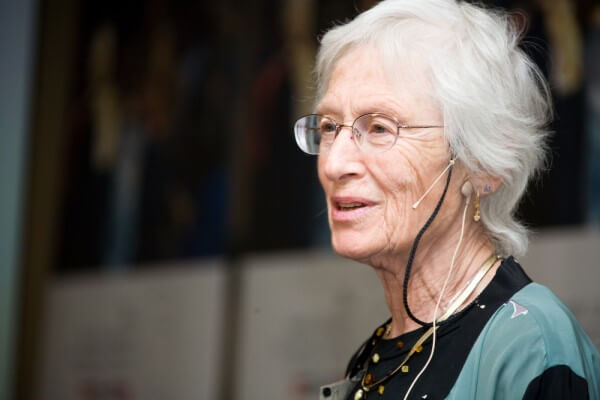 Her study, published in the Journal of the American Medical Association, came to the following conclusions:

Every year in the US there are:

The total of medically caused deaths in the US every year is 225,000. Note that only a meager 7,000 of these deaths were actual medical errors. The rest was doctors doing what they do, safely and comfortably under the eyes of the law.

Note that the largest tranche of deaths came from approved and correctly prescribed medicines. That ought to startle you.1

Worldwide and Getting Worse

Looked at another way, we can lump in the rest of the world and safely assume that the global figures are at least 10 times higher. That’s over 2.25 million people dead every year, who shouldn’t be (could be 50 times higher, we don’t know).

Nothing has been done since Starfield’s revelation to correct this staggering loss of life. According to a British Medical Journal report:

“It calculated that in 2011 prescription drugs were associated with two to four million people in the US experiencing ‘serious, disabling, or fatal injuries, including 128,000 deaths.’”2

The report was compiled by outside researchers who used the FDA’s own database of “serious adverse [medical-drug] events”!

So to say the FDA isn’t aware of these findings would be absurd. The FDA knows. 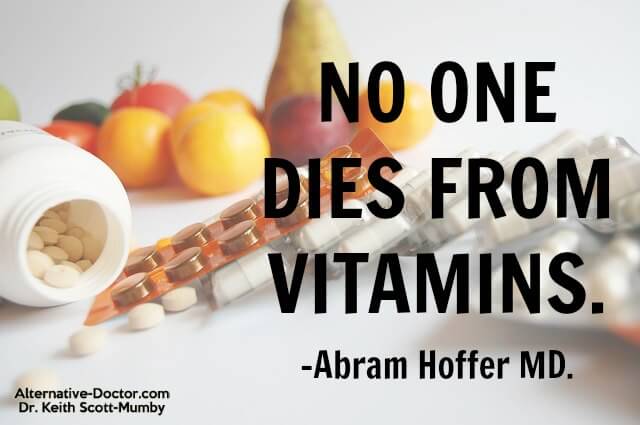 The Safety Of Natural Medicines

Bear in mind that over half of the U.S. population takes daily nutritional supplements (typical of most Western countries). If each of those people took only one single tablet daily, that makes about 170,000,000 individual doses per day, for a total of well over 60 billion doses annually. Since many people take far more than just one single vitamin tablet, actual consumption is considerably higher, and the safety of vitamin supplements is all the more remarkable.4

Yet there were no deaths. That’s about the most perfect safety record you could get.

But that’s not all. Dr. Saul also found that not only are there no deaths from vitamins, there are also zero deaths from any supplement. The most recent (2014) information collected by the U.S. National Poison Data System, and published in the journal Clinical Toxicology5 shows no deaths whatsoever from dietary supplements across the board.

Yes, zero deaths from any mineral supplements. This means there were no fatalities from calcium, magnesium, chromium, zinc, colloidal silver, selenium, iron, or multi-mineral supplements (reported in the “Electrolyte and Mineral” category was a fatality from the medical use of “Sodium and sodium salts” and another fatality from non-supplemental iron, which was clearly and specifically excluded from the supplement category).

As I say, an all-but perfect testament to the safety of natural therapies.

Wild Targeting Of Supplements Is A Fraud

Dr. Saul tells us there was one death attributed to a “Multi-Botanical Without Ma Huang or Citrus Aurantium.” It is interesting that they knew what was not in it but did not know what was in it. This is hearsay at best, and scaremongering at worst. There was one death alleged from some “Unknown Dietary Supplement or Homeopathic Agent.”

This, too, indicates complete lack of certainly as to what may or may not have been involved. One fatality was attributed to “Energy Products: Unknown.”

First of all, energy drinks or “products” are not nutritional supplements. But more importantly, how can an accusation be based on the unknown? Equally unscientific are the two deaths attributed to “Energy Products: Other.”

Well, what products were they? These are no more than vague, unsubstantiated allegations. Claiming causation without even knowing what substance or ingredient to accuse is baseless.

The truth: no man, woman or child died from any nutritional supplement. Period. Trouble is, if anyone dies while taking a supplement (people do die, of course!), then the supplement is likely to get blamed by unscrupulous researchers.

If nutritional supplements are allegedly so “dangerous,” as the FDA, the news media, and even some physicians still claim, then where are the bodies?

We have plenty of bodies—mountains of bodies—for the blunders of prescription medicine and incompetent surgeries, etc. but NONE for natural healing methods, just a bit of wishful thinking… “If only we could blame that product.”

But then you would have the absurd situation of the morons of medical science saying ONE DEATH makes supplements “dangerous” while over 2 million unnecessary deaths does not mean there is any problem with orthodox medical practice!! 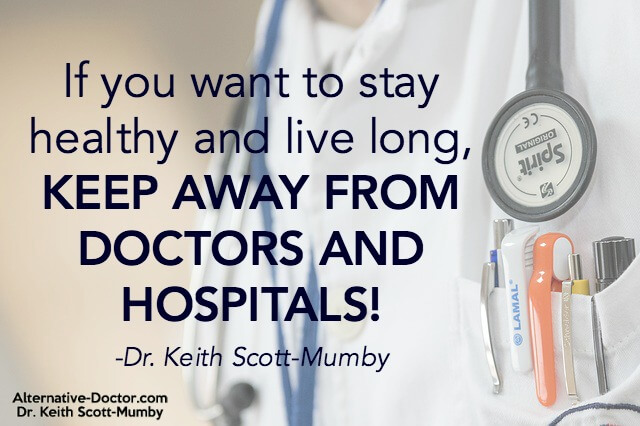 What Is A Medical Error?

The word error in medicine is used as a label for nearly all of the problems harming patients. Medical errors are often described as human errors in healthcare.6

For instance, studies of hand hygiene compliance of physicians in an ICU show that compliance varied from 19% to 85%.7 The deaths that result from infections caught as a result of treatment providers improperly executing an appropriate method of care by not complying with known safety standards for hand hygiene are difficult to regard as innocent accidents or mistakes.

At the least they are negligence if not dereliction, but in medicine they are lumped together with innocent accidents and treated as such.

Based on anecdotal and survey evidence, Banja states that rationalization (making excuses) is very common amongst the medical profession in covering up medical errors.8

Let me just finish by repeating my usual warning: if you want to stay healthy and live long, KEEP AWAY FROM DOCTORS AND HOSPITALS!