The End of Toxic Cancer Therapy For Good…

I have been saying for years that, despite the Cancer Mafia, there are good people out there, looking for real answers. Not every doctor is a crook nor every scientist in the pocket of Big Pharma.

Even so, I was gobsmacked when I read the words of an orthodox oncologist saying, in effect, cancer biology can be derailed and beaten with a fully-functioning immune system!

Jedd Wolchok of the Memorial-Sloan Kettering Cancer Center in New York, who led the trial just published—and which will likely set the medical world ablaze—remarked that these new antibody therapies treat the patient, not the tumor. Oh my! You could have knocked me over with a damp copy of the Journal Of Clinical Oncology!

It’s true be have been edging towards this for many years. One of the approaches I mentioned in my “Cancer Research Secrets” book used antibody tagged chemo, to get it directly to the cancer cells while leaving healthy cells untouched.

But this is light years better: no chemo at all; no radiation therapy; no surgery. Just clever interactions with wise old Momma Nature! Whoopee! We’re getting there…and not before time.

So What’s This New Story?

Tumors in several people with an advanced form of skin cancer have completely disappeared after treatment with new drugs that force tumor cells out of hiding. The patient’s own immune system can then recognize the cancer and destroy it.

Indeed, that’s why therapies designed to unburden your immune system (like my “Diet Wise” approach) are so powerful and effective against cancer. If you can truly re-boot your immune system, minus glitches, it’s killer when it comes to mopping up cancer and can eradicate it in as little as a few days, fully and permanently.

Results presented at the 2013 annual meeting of the American Society of Clinical Oncology in Chicago show how three antibodies can blow cancer’s cover.

Even the very slickest, fully-functioning, immune system can be outfoxed by cancer. That’s because tumor cells find ways to camouflage themselves from the immune system.

Cancer cells should normally be spotted by T-cells—immune cells that recognize and destroy foreign material in the body—but they may escape detection. Tumor cells have evolved a way of hiding themselves from T-cells by sprouting a surface molecule called a ligand.

The ligand binds to and activates a receptor on the T-cells called PD-1, which screws things up for the immune system: the T-cells fail to recognize the cancer cell as foreign and are fooled into mistaking tumors for normal tissue. 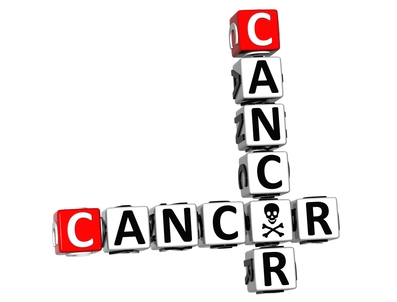 But what if we could block the ligand from latching onto the PD-1 receptor? Ah, that would drag cancers out into the open where they can be gunned down by even a scrappy T-cell army, never mind the anti-cancer SWAT teams we have in our blood!

That’s the essence of the new breakthrough treatment and suddenly we have, not one, but three effective antibodies, which can block the ligand camouflage—and the promise of hundreds more to come, once the technique has been mastered.

In a study featuring 135 people with advanced melanoma – the most deadly form of skin cancer – 54 of the tumors more than halved in volume after treatment with Lambrolizumab. Even more excitingly, 6 tumors disappeared altogether in six of the 57 people who were given the highest dose of this drug.

Results were equally impressive with Nivolumab, a second antibody drug. Tumors more than halved in size and significantly decreased in number in 21 of 53 people with advanced melanoma who took the drug alongside another drug.

Cancer vanished completely within 12 weeks in three of the 17 people who received the highest dose.

This was very quick; sometimes within three weeks, according to Jedd Wolchok of the Memorial-Sloan Kettering Cancer Center in New York, who led the trial.

A third antibody drug worked a little differently, blocking the cancer cell ligand rather than the PD-1 receptor. It too produced impressive results in a small number of people who had other types of cancer, including lung and kidney.

All three drugs are now entering larger trials involving people with skin, kidney, lung and brain cancers. Unfortunately, it will take years for these treatments to come to the market.

Dr. Wolchok waxed lyrical and stated that what makes these antibody therapies so exciting is that unlike conventional cancer treatments, such as radio and chemotherapy, is that they work by reviving the power of the patient’s own immune system. “They treat the patient, not the tumor,” Wolchok says.

Some of us, aware of what is really going on, have described cancer as basically a disease of the immune system. The most successful treatments are those which revive the immune system and boost its function, NOT those therapies which are described as “holistic” but are essentially poisons, deigned to knock out cancer cells.

The trouble has always been that if you try to poison cancer cells, you are going to poison healthy cells, ESPECIALLY immune system cells. Taking junk like DCA (dichloracetic acid) or Protocel (Cancel, Jim’s Juice, etc.), which is a mixture of sulphuric acid and other very nasty compounds, has never made sense to me. There’s no difference between that approach and chemo: poison one and try not to poison the other.

Unfortunately, if it’s done wrong—and everybody is different—then the patient goes under.

But what this kind of approach to cancer healing shows us, very clearly, is that if you bolster your immune system, you are going to have the best possible chance of knocking out cancer—permanently.

The most powerful tools—diet and nutrition, oxygen boosters, emotional releasing and chemical clean up—are all about that one thing: reviving a flagging immune system.

In an article for the British Science Journal New Scientist, Wolchok says that antibody therapies, alongside other emerging strategies for reviving the immune system, are opening up a fresh chapter in cancer treatment, one that could rapidly expand the number of people being cured of the disease.

“The immune system can sculpt itself around the spectrum of changes that is part of the genetic instability of cancers,” he says.

Other promising immune therapies include genetically engineering a patient’s own T-cells to recognize and destroy cancer cells.

Earlier this year, one person with acute lymphoblastic leukaemia was cured in just eight days after their T-cells were engineered to attack any cell with a surface molecule called CD19, which is unique to the cancerous cells.

A company called Kite Pharma in Los Angeles was recently formed to develop this technique for many other cancers.

“All you need is an identifier for tumor cells and it doesn’t make any difference how the tumor evolves after that,” says Aya Jakobovits, co-founder of Kite Pharma. “With our approach, you overcome all challenges of tumor biology because you go back to a fully functioning immune system.”

Well, it’s good news today and truly the end of toxic cancer therapies is in sight.

But the Big Pharma problem won’t go away for a long time. I make the following predictions:

Meantime, What Can You Do?

Stay alive! Revolutions in medicine are just around the corner.

Take an important lesson from these studies and learn that looking after your immune system, nurturing it, loving it, is the very best health strategy you can employ. There are many alternative therapies I have written about in my book: Cancer Research Secrets to help you conquer cancer naturally, safely and surely. Go here for more info…

I wrote over 2 decades ago, that you live just about as long as your immune system lets you. When it’s done, you’re done…you die.

The post The End of Toxic Cancer Therapy For Good… appeared first on Dr. Keith Scott-Mumby.