The Immune System and Allergies 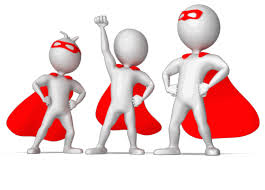 Learning something about the functioning of the immune system is essential to understanding the classic view of allergy. For those of you who want to know a little about this fascinating defense mechanism, take a deep breath and here goes!

First of all, immunity is the ability to fight off unwanted pathogens. There is natural (innate) immunity and acquired (adaptive) immunity. The former has been known about for a long time and relies on non-specific processes taking place within the body designed to repel intruders.

For example, in normal circumstances the skin is impenetrable to nearly all microorganisms and is therefore a very good line of defense. The nasal and respiratory passages have minute hairs (cilia) for their defense: these cilia beat constantly to and fro, sweeping out a stream of mucus to the back of the throat, which in turn washes away bacteria. This mucus, along with other secretions such as tears and saliva, contains lysozyme, a chemical substance that inhibits the growth of bacteria and breaks down their protective coating.

pH (acidity) regulation can also be a crucial factor. For example, the vagina contains malic acid, which keeps the pH too low to be suitable for most organisms to flourish or grow comfortably. Caprylic acid seems to serve the same function in the bowel.

If all these fail there are phagocytes (literally “gobbling cells”) throughout the body to eat up mould spores, dead bacteria, carbon particles and any other rubbish. Phagocytes generate on-board hydrogen peroxide and superoxide anion. These free radicals are lethal to invader cells. But of course they could also damage the phagocyte and high levels of antioxidants must be present to prevent the defender cell from being destroyed by the process (note that this phagocytosis takes place whether or not a fully-fledged immune response is being mounted).

Finally, the inflammatory process itself (reddening, swelling, tissue oedema) has an important function in keeping foreign matter from leaving the site and reaching the rest of the body. Although unpleasant for you, the sufferer, it is nevertheless a very helpful survival process.

All the above processes are common to everyone. They are not dependent upon the exact nature of the invading organism. Hence the term natural or ‘innate’ immunity. Cellular memory is not involved.

The rest of this section concerns itself with responses of the all-important acquired or adaptive type of immunity, since it is disharmony in this mechanism that leads to troublesome allergies and other problems considered in this book. In contrast to innate immunity, acquired immunity is all about cell ‘memory’ – the cells’ ability to recognize an invader that they have net before. In fact there are two aspects to acquired immunity: the cellular response and certain chemical activities that supplement this.

Several groups of cells are involved in a cellular response to ‘invasion’:

The post The Immune System and Allergies appeared first on Dr. Keith Scott-Mumby.