The Most Outrageous and Contentious Theory of Allergy and Intolerance 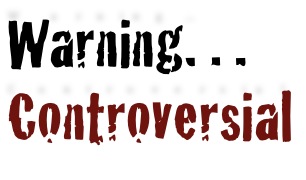 Finally, we come to the newest and, if such a thing is possible, most outrageous and contentious theory of allergy and intolerance. That is not to say that it is unscientific, far from it; this model carries the merit of the very latest scientific understanding. That’s the problem: it is so far advanced that doctors still working in the stone age and unable to grasp the majority of mechanisms described in my past articles will have trouble coming to terms with this one.

We now believe that at least some activity we call allergy or intolerance comes, not from the physical substance, but its characteristic coded molecular “signature”. To explain this, let me start by introducing a simple observation – startling, maybe – but quite simple. I have observed it many times, so have other alert open-minded physicians: occasionally a patient may become sick, simply being near or in the presence of their key allergen. This means they did not swallow it, breathe it or touch it in any way whatsoever. It does not mean the patient is neurotic and “afraid of their allergen” or reacting through a Pavlovian conditioned response; it happens even if the patient is unaware of being in the presence of their allergen.

That’s odd. It must mean that the substance is transmitting some kind of signal. If so there would be an energy field and modern physics thinks a lot about fields and their properties. All fields are infinite in size; they may become very faint but if the tomato you are allergic to has a field, it extends to the ends of the universe! This field effect would explain another frequent observation of the allergy doctor, especially those engaged in skin or challenge testing: sometimes the patient will get sick INSTANTLY before any of the substance can have diffused or been transported to the body tissues.

And here is where the up-to-the-minute science comes in, thanks to Professor Jacques Benveniste, the man who set the scientific world alight by showing that diluting a substance even beyond the point where even a single molecule is left, does not stop it having a biological effect (predictably, he was attacked as a fraud since “it couldn’t be true” and therefore he must have cheated in some way). Davenas E, Benveniste J et al. ‘Human basophil degranulation triggered by very dilute antiserum against IgE’, NATURE, 1988, 333: 816-818). Fortunately, several other laboratories have since confirmed what he found (Effects of embryonic bursectomy and in ovo administration of highly diluted bursin on adrenocorticotropic and immune response to chickens. International Journal of Immunotherapy (IX:169-180) 1993, B.J. Youbicier-Simo, F. Boudard, M. Mekaouche, M. Bastide, J.D. Baylé). But by then Benveniste had been hounded out of his top scientific job.

What Benveniste had shown is that the traditional model of biochemistry is flawed. If it doesn’t need the presence of the substance to have an effect, it means the idea of molecule reacting with molecule or the lock-and-key model for “receptor sites” was not strictly correct. Since all of molecular biology is based on these supposed truths and molecular biology at the moment is regarded as the (only) path to the holy grail of understanding nature, it is easy to see why Benveniste was howled out of office. But his turn of fortune may have been lucky for science. He went on to investigate the electromagnetic properties of substances and discovered that each chemical had a unique identifying “signature” that could be copied through a transducer and recorded on a computer hard disc. This may sound weird but to prove his point, Benveniste sent the chemical signals around the world on the Internet, to different laboratories, including top universities. When copied and decoded at the other end, the “digitized” substance had exactly the same effect as the parent substance, though none was present.

For example, acetyl choline was recorded through the transducer and the file shipped off to a distant laboratory. It did not matter if it was sent on a floppy disc or even as an e-mail attachment. When the digital recording was “played back” to guinea pig hearts thousands of miles away, they responded just as they should if acetyl choline had been administered as a physical substance. All this was done with controls and digitized plain water for comparison, using verifiable standard protocols by the way, and has been repeated with many different chemical substances (J. Benveniste, P. Jurgens, J. Aïssa, Digital recording/transmission of the cholinergic signal. Federation of American Societies for Experimental Biology Journal (10:A1479(abs), 1996). And in case you are wondering, these remarkable findings too have been confirmed by other workers on many other substances (P.C. Endler, W. Pongratz, R. van Wijk, K. Waltl, H. Hilgers, R. Brandmaier, Transmission of hormone information by non-molecular means. FASEB Journal (8:A400(abs) 1995).

From these results Benveniste has constructed a hypothesis which may help us further understand the allergy/intolerance phenomenon. He calls it the “electromagnetic signalling” theory. The key points are:

This stands in direct contrast to the standard model, known as QASR for short (Quantitative Structure-Activity Relationship), which requires that molecules come into contact and thus there must be sufficient of the chemical present for this to be likely, or even possible. The more is present, the quicker the collisions occur and therefore the faster the chemical reaction (hence: quantitative). This may be fine for chemistry but how relevant is it, really, to biology, where only tiny traces of a substance, such as an enzyme or a hormone, may in fact be present?

Benveniste is quick to point out that this old-fashioned theory requires frequent random collision on a trial-and-error basis at a rate that is statistically virtually impossible. Even the simplest biological event would require a very long time. 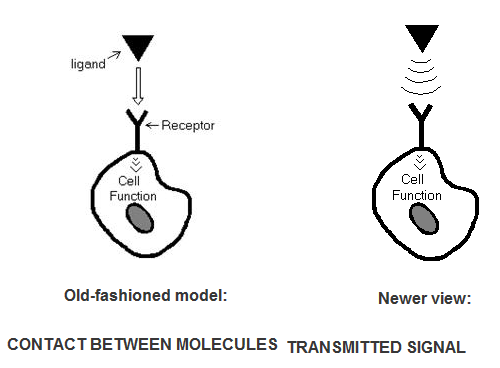 The post The Most Outrageous and Contentious Theory of Allergy and Intolerance appeared first on Dr. Keith Scott-Mumby.