The Most Powerful Antioxidant You Never Knew Existed

As science evolves, we learn things that impact the following years of health and wellness in huge ways. A decade ago, the true scope of system-wide inflammatory damage caused by oxidation was realized. The term “free radicals” explained so many conditions and symptoms that were previously unrealized.

Improving your intake of antioxidant-rich foods helps…but it isn’t the only solution. Especially since fighting all oxidation isn’t the best health strategy. It may also explain why the overall research on antioxidant foods is inconclusive.

The Emerging Benefits of Molecular Hydrogen

New scientific research has confirmed that not all free radicals (reactive oxygen substances) are the same. To be honest, we all should have seen that one coming.

The one that causes the most damage biologically is called hydroxyl radical. It’s formed by equal parts hydrogen and oxygen. While antioxidant consumption stimulates an enzymatic reaction that helps keep hydroxyl under control, it can’t be eliminated by this method.

There are other free radicals in your body that are actually part of a signaling defense mechanism called REDOX. This is your body’s internal way of controlling free radicals. These oxidative compounds include oxygen, ozone, peroxide, and superoxide.

Then there are the antioxidant enzymes superoxide dismutase and catalase that protect us from superoxide and peroxide (radicals that aren’t as damaging as the basic oxygen radicals).

Hydroxyl is not part of the REDOX signaling pathway. It serves no purpose at all than to damage the tissues inside you. Nothing is immune from the hydroxyl attack.

How do you get rid of the hydroxyl radicals without impacting the REDOX pathway? The answer ended up being surprisingly simple.

You use the most common substance in the universe: HYDROGEN. 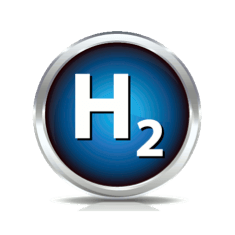 More than 90% of the atoms that exist are made of hydrogen. It represents more than two-thirds of the mass of the human body. It determines our pH and is a fantastic method of getting rid of hydroxyl radicals!

I’m fascinated by the concept and the possibilities. You should be, too! The tissues in your body rapidly absorb the tiny atom. It’s gentle enough not to negatively impact the REDOX pathways but powerful against specific radicals that are destroying you on the cellular level.

The journal Nature Medicine first published molecular hydrogen results in 2007 and in the years since, more than 300 additional articles have been written in legitimate scientific journals confirming the initial results.

Molecular hydrogen has been proven time and time again to have measurable benefits against almost 40 diseases and disorders that plague the human condition.

Best news of all…patients utilizing the benefits of molecular hydrogen have reported no negative side effects. That is incredible news! A powerful vacuum of dangerous free radicals that doesn’t harm the healthy cells or interrupt free radicals you actually need?

The Power of a Molecular Hydrogen Chain Reaction

Though there have been no human studies yet, the effect of molecular hydrogen on lab rats with Parkinson’s and Alzheimer’s has been promising. I can’t wait to see more in this area in the coming years! Neurodegenerative diseases are a growing epidemic and it would be wonderful to see real progress made in treating them within my lifetime.

There are several methods of consuming molecular hydrogen such as inhaling the gas, drinking hydrogen-infused water, soaking in a hydrogen infused bath, injecting hydrogen saline into the veins, stimulating bacteria growth in the intestinal tract that produce hydrogen, and using hydrogen drops in the eyes.

I’ve been fortunate enough to meet the incredible scientists who started a company called Purative. They specialize in the science of water and have manufactured what I consider is the most simple and effective delivery system of molecular hydrogen benefits on the market. 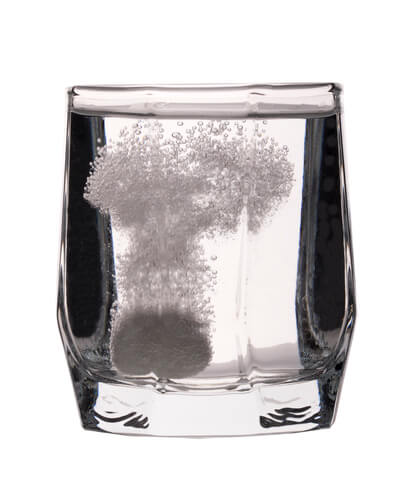 Active H2 are hydrogen tablets that you drop into a bottle of water, seal until it dissolves, and drink the water. That’s it. That’s all you have to do. Once a day is enough to duplicate the incredible results achieved in other hydrogen therapies.

You read that right! Simply drink one bottle of hydrogen-infused water each day to get the powerful and scientifically proven benefits of molecular hydrogen!

The best part is that your body is already made of two-thirds hydrogen. It’s a completely natural substance that your body recognizes and understands. It processes it instantly, flooding your system with a safe – biologically compatible – dose of energy and hydroxyl radical fighters!

As a man who recently turned 70, I can tell you that normal supplements or diet changes have never given me the powerful burst of energy I feel when I drink water infused with Active H2. That’s saying something because I take my body and my health seriously. I take care of myself and I’ve researched many supposed “magic bullets” in my lifetime. 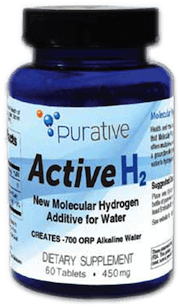 This is the single most effective “pop” I’ve ever experienced. The benefits of molecular hydrogen are something you need in your life.

Active H2 could be the answer you’ve been searching for and it’s going to give you hydrogen-infused water far better than current therapies or machines that are on the market.

Right now, you need to stop what you’re doing and get Active H2. I’d love to hear your success stories! If you’re like me, once you take Active H2 , you’re never going to want to be without it again.

The post The Most Powerful Antioxidant You Never Knew Existed appeared first on Dr. Keith Scott-Mumby.