The Power of Knowledge & The Real Purpose of Life

Last week I quoted a lady whose motto is “The purpose of life is living.” I’d like to add that the purpose of living is to learn. We could never stay as newborn babies; that would not suit the human temperament. Humans instinctively want to learn, to grow, to become wiser. It could be argued that’s a Darwinian survival trait—it doesn’t matter, the point is, we want to learn.

One of my major mottoes in life is that knowing is Being. We are what we know, in other words. To be more, to own more, to create more and to do more, we need to acquire that precious commodity: knowledge.

You’ve also heard me say the opposite: that the commonest cause of death is ignorance. If you don’t know stuff, you are at risk. I have spent patient years teaching you what I know… And leading the charge into greater health awareness and greater security. That’s my job! The very word “doctor” means teacher – if you don’t know, not physician!

What’s brought all this on?

A recent visit to the veritable heart of Academia. Vivien and I found ourselves, on my 71st birthday, walking in Cambridge, England. This venerable old institution was founded in 1209, and is the second-oldest university in the English-speaking world and the world’s fourth-oldest surviving university.

In the city streets (crowded with large numbers of foreign tourist visitors, most notably hordes of Chinese tourists) there are beautiful and ancient colleges galore. Gonville and Caius College (known as G and C) has strong medical connections. John Caius (pronounced “keyes”) was a medical doctor, trained in Padua, Italy. Working in London, he became wealthy enough to found a college. His most visible legacy to the College remains the very beautiful Caius Court and the College’s three famous gates of “Humility”, “Virtue” and “Honour”, which symbolize the student’s moral journey from arrival to departure.

G and C is the fourth-oldest college at the University of Cambridge and one of the wealthiest. It boasts no less than 13 Nobel Laureate prize winners!

Plus, the breathtaking ceiling is the largest vaulted gothic extravaganza in the world! 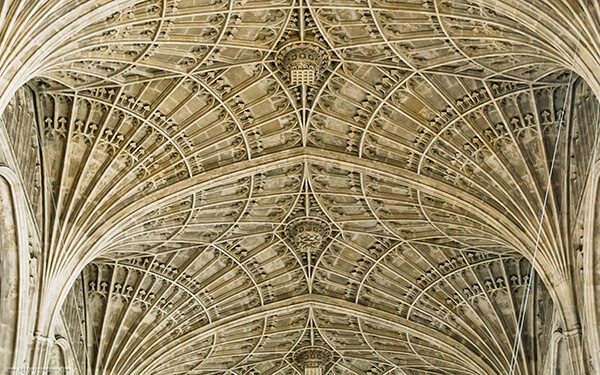 But for me, the highlight of the visit was the chance for afternoon tea at the Orchard Tea Garden, in nearby Grantchester. It’s famous for its many celebrated patrons, who over the years have included Rupert Brooke (the poet), Bertrand Russell (the philosopher), Virginia Woolf (the novelist), John Maynard Keynes (the economist), E.M. Forster (novelist), Augustus John (painter), Ludwig Wittgenstein (philosopher) and no doubt Stephen Hawking, now Lucasian Professor of Mathematics at Cambridge.

There was something satisfying about standing among the trees, where so many bright minds had once stood!

Here’s me under a loaded apple tree: 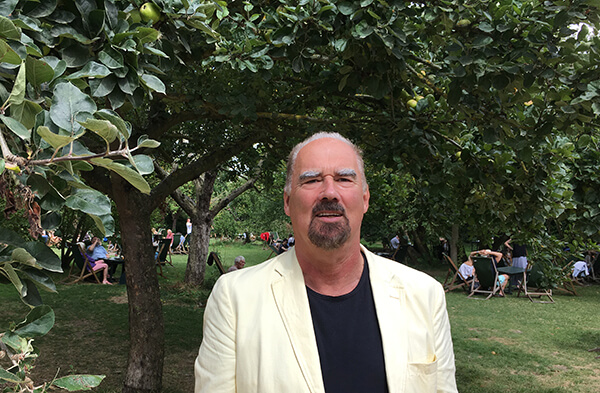 Knowledge & Truth Is the Ultimate Nutrient

There’s no question on my mind: knowledge and truth take life to the highest level. The pretense of learning, or the pretense of success by dishonest boasting (almost the norm these days) are both abhorrent to me.

Our spiritual mandate is to live the fullest and most expressive life we possibly can. That’s not going to be achieved by acquiring university degrees or by religious goody-goody posturing. It only attained through John Caius’ three gateways: humility, virtue and honor.

That’s disease in just another form! And… oh, yes… it will appear sooner or later as real physical disease: heart attack, cancer, stroke or some other debilitating condition. Don’t kid yourself. Nobody “gets away with” anything in this life! 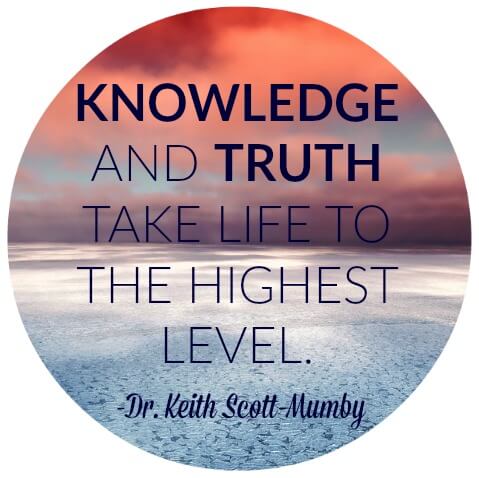 I make a clear distinction between mere information and actual knowledge. Unfortunately, the current standard in education is mostly limited to rote memorization, known dismissively as “parroting”.

Academic systems seem to have no other purpose than getting through exams. It’s been wittily said that today’s education is geared exclusively to those who want to become college professors. Unfortunately, this is a very small percentage of pupils in the system. The vast majority are therefore very badly served by being stuffed with information that has little or no relevance to them and no applicability in life.

As journalist and humorist Frances Ann Lebowitz said wittily, “In real life, I assure you, there is no such thing as algebra.”

We seek a far higher level of integration with acquired data that allows—but is not limited to—the ability to tell similarities and differences; evaluate importances; dismiss what is unimportant and reinforce what is crucial; to inspect and grade the standard of data available, according to value and reliability; to apply the data to relevant life situations and to “think with” the data in a creative and outwardly expanding sense.

To the degree they can explore the power of knowledge with these mental tools, individuals can largely educate themselves and do not need to be driven through a system which forces them into cookie-cutter channels (all the same).

Personal learning is far more likely to be focused on the right area for that individual, whereas one-size-fits-all education misses the mark, often widely.

So those were some of the thoughts in my mind, as I embarked on my 72nd year, standing under the trees in that most famous of all orchards.

journey. I’m well along the “Golden Path” now but I have left markers for everyone who wants to follow. It’s a clear road forwards.

May I suggest you go over to www.supernoetics.com and look around; watch some videos. And don’t forget to sign up for my “Wisdom Bites” (upper right column) which are proving very popular and rewarding.

The post The Power of Knowledge & The Real Purpose of Life appeared first on Alternative Doctor Dev Site.