GM foods don’t just make you fat; they will inflame your tissues, shorten your life and definitely cause cancer.

My wife Vivien pointed out that on television we are drenched with a saturation coverage of the problems in Syria, with a few hundred people dead from chemicals and a few thousand likely to be affected. That’s nothing compared to the death of millions I am going to explain to you this week, also caused by the chemical industry.

When you have absorbed the full impact of what I am saying here, you might even wonder, as Viv suggested, whether the TV obsession with far-flung wars might be little more than a diversion, to keep your attention off the real “chemical warfare” we are being subjected to!

A study published in a peer-reviewed journal: Food and Chemical Toxicology shows that eating GM food is almost certainly contributing to the obesity epidemic. GM foods cause inflammation and I have been at pains to repeatedly remind you that inflammation leads to obesity problems.

But I’m not just limiting my warnings to the weight gain issue. The test animals also showed increases in circulating glucose and triglycerides plus significant damage to major organs. 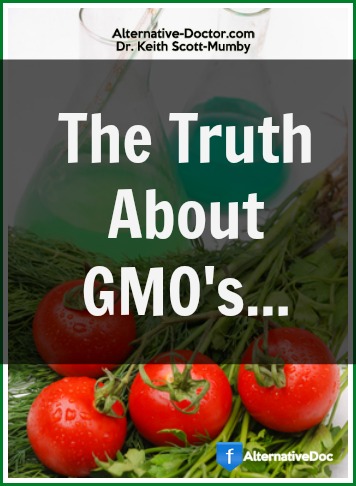 Effects were mostly associated with the kidney and liver, the dietary detoxifying organs, but other effects were also noticed in the heart, adrenal glands, spleen and hematopoietic (blood making) system.1

Now learn this: in another shocking study, pigs fed a diet of genetically engineered soy and corn showed a 267% increase in severe stomach inflammation compared to those fed non-GM diets.

In males, the difference was even more pronounced: a 400% increase. So the fact that GM foods are inflammatory in character is now beyond question.

The study was carried out over a 23-week period by eight researchers across Australia and the USA and was published in the Journal of Organic Systems, a peer-reviewed science journal.2

Of course the study was quickly attacked by the food industry; that’s quite standard. They put their shill scientists on it, to try and find details to criticize. For them there must never be any acknowledgement of possible dangers from GM foods…never, never, never.

To keep up their standpoint, all they have to do is ignore the gathering tide of evidence or lie about it. They do both very well.

The usual bluster and denial tactics were used against another powerful and disturbing report published in 2012, also in a peer-reviewed journal: Food and Chemical Toxicology by Gilles-Eric Seralini. The world was shocked by hideous photographs of rats fed on grains engineered to be tolerant of Monsanto’s infamous “Roundup” pesticide, bearing grotesque tumors that had grown in just a matter of a few months.

The implications for humans are appalling.

With GM foods deliberately hidden in our supply chain, we face the likelihood of eating them for many years to come, maybe generations to come, and growing similar cancers.

The trouble is, it will take a long time for the truth to emerge and by then millions of individuals will have been doomed to a miserable death just for corporate profits.

But yet again, the study was cynically and systematically attacked. The trouble is, some unknowing souls might have believed some of the criticisms. But Seralini’s own website counters every single twisted and dishonest objection.4

10 Points on Which Industry Criticisms Are False:

1. That Séralini’s study was a badly designed cancer study. It wasn’t. It was a chronic toxicity study – and a well-designed and well-conducted one. The cancers were what showed up.

2. Séralini’s study is the only long-term study on the commercialized GM maize NK603 and the pesticide (Roundup) it is designed to be grown with.

3. Séralini used the same strain of rat (Sprague-Dawley, SD) that Monsanto used in its 90-day studies on GM foods and its long-term studies on glyphosate, the chemical ingredient of Roundup, conducted for regulatory approval.

4. Despite wild claims to the contrary, the SD rat is about as prone to tumors as humans are. As with humans, the SD rat’s tendency to cancer increases with age.

5.Compared with industry tests on GM foods, Séralini’s study analyzed the same number of rats but over a longer period (two years instead of 90 days), measured more effects more often, and was uniquely able to distinguish the effects of the GM food from the pesticide it is grown with.

6. If we argue that Séralini’s study does not prove that the GM food tested is dangerous, then we must also accept that industry studies on GM foods cannot prove they are safe.

7. Séralini’s study showed that 90-day tests commonly done on GM foods are not long enough to see long-term effects like cancer, organ damage, and premature death. The first tumors only appeared 4-7 months into the study.

8. Séralini’s study showed that industry and regulators are wrong to dismiss toxic effects seen in 90-day studies on GM foods as “not biologically meaningful”. Signs of toxicity found in Monsanto’s 90-day studies were found to eventually develop into organ damage, cancer, and premature death in Séralini’s two-year study.

9. Long-term tests on GM foods are not required by regulators anywhere in the world.

10. GM foods have been found to have toxic effects on laboratory and farm animals in a number of other studies. This is not a “one-off” finding.

The truth is we and our governments are being tricked and manipulated and science is being ill-served by fake short-term reports and studies and, frankly, a wall of lies to cover up quite serious crimes against humanity.

It’s the biotech industry versus the human race.

Keep your eye on the alternative press and activist websites like InfoWars.com and NaturalNews.com — they fight hard to make public the hidden lies, corruption and deceitful agenda of the biotech industry. Otherwise you risk being left in the dark.

Bet You Didn’t Know You Are Already Eating This Stuff!

You could be eating GM foods and not even know it. A new USDA-funded survey, reported by WebMD, shows you’re not alone.5 Researchers from the Food Policy Institute at Rutgers’ Cook College found that only 52% of Americans realized that genetically modified foods have already entered the supply chain and are being sold in grocery stores.

The USA is the largest producer of genetically modified crops. But more than a dozen other countries around the world have latched on to the technology, including Argentina, Canada, China, Australia, India, and Mexico.

The Europeans are in an enviable position, where their governments are fighting hard to stem the GM tide. But the shocking truth is that as much as 70 percent of processed foods in the U.S. contain GM ingredients.

The FDA effects not to be concerned and holds to the line that these foods are safe. The recommendation that GM food be labeled for what it is, so people could make an informed choice, is rejected: “Genetically modified is an inappropriate term, in that all crop varieties have been modified by plant breeders”.

According to a WebMD feature article, the most common genetically modified foods are soybeans, maize (corn), cotton, and rapeseed oil.6 That means many foods made in the U.S. containing corn or high-fructose corn syrup, such as many breakfast cereals, snack foods, and the last soda you drank; foods made with soybeans (including some baby foods); and foods made with cottonseed and canola oils could likely have genetically modified ingredients. 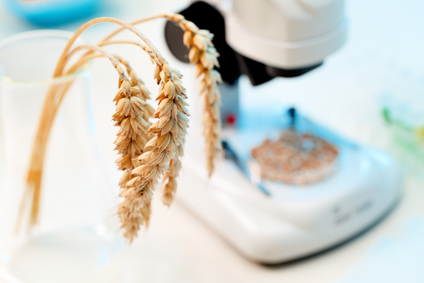 Then there are secondary foods. Chocolate, for instance, could contain at least a few GM ingredients: high fructose corn syrup from GM corn, sugar from GM beets, and soy lecithin from GM soy.

Soy lecithin is an emulsifier that keeps the chocolate solid and gives it a longer shelf life.

Meat is indirectly contaminated. Chicken, pigs, and cows that eat unnatural GM feed become GM themselves. To make matters worse, a study out of Italy shows that the GM feed that animals eat even affects the milk they produce.

According to the study, GM corn DNA was present in 25 percent of milk samples. Even if you steer clear of GM foods, your animal products may be passing their synthetic diet along to you.

How To Avoid GM Foods

In the USA, you can’t; it’s too late. The supply line is already irretrievably contaminated. Even supposed GM-free crops by now have become contaminated by cross-pollination with DNA from adjacent GM fields. Short of blowing every insect out of the atmosphere, this cross-contamination process will continue relentlessly.

We have been screwed and screwed good. Maybe this GM invasion is a big reason why some of you are having weight problems? Many scientists think it could be so. But it makes sense to fight the process and slow down the damage to your body.

Buy the best you can with “certified organic”, which can itself be a scam. But it’s important to understand that even when you think you’re eating “all natural,” that food is probably as far from natural as you can get. And it may be full of GM ingredients.

Buying organic may cost more. But the higher price tag often comes with a greater peace of mind. Just don’t think you are totally safe, is all.