Turmeric and the Fight Against Alzheimer’s Disease

Asian and Middle Eastern cultures have been using turmeric for more than five thousand years both in their cuisine and to treat countless ailments.

A relative of the ginger family, the compound with the biggest impact in turmeric is the polyphenol curcumin – it is what gives mustard, Indian curry, and other bright spicy foods their unique color and flavor.

This ancient spice is so much more than simple flavor! 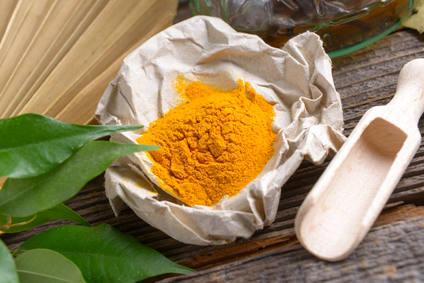 The practice of Ayurveda is thought to be the oldest known practice of holistic or “whole body” systems of healing.

Started in India thousands of years ago, Ayurvedic medicine is still used by practitioners today.  It is considered “complimentary” or “alternative” medicine that can be used alone or in conjunction with traditional medicine.

Relevant in Our Modern World

Turmeric, one of the most prized spices of the Ayurvedic system, is making quite an impact on modern medicine as well.

A summary of more than 700 studies conducted on the benefits of turmeric was presented by James A. Duke, PhD in Alternative & Complementary Therapies.  One of the most incredible results that researchers discovered involved 50 studies where scientists used the spice to treat patients diagnosed with Alzheimer’s disease.

It was incredible because it worked.

Fighting Alzheimer’s with tumeric is an amazing breakthrough. Alzheimer’s is the most common form of dementia and experts estimate that more than 25 million people are currently suffering with this life-altering disease.  Worse, estimates show that the number could quadruple over the next four decades.

With such staggering statistics, it has become an “all hands on deck” situation and traditional medicine is looking to the holistic side for treatments that complement standard treatments.

Turmeric was found to block the formation of the sticky protein that results in degeneration of the cells in the brain that scientists believe results in Alzheimer’s.  The spice blocks the beta-amyloid protein from forming.  It also reduced inflammation in the brain tissue – another cause the medical world is discovering is at the root of the disease.

Another groundbreaking study conducted by the International Quarterly Journal of Research in Ayurveda was confirmed by the Journal of Neuroscience.  The data concluded that subjects given turmeric daily for three months in conjunction with their traditional therapy experienced an increase in cognitive ability and quality of life.  Once again, the results were based on a reduction of the sticky proteins – or plaques – that form in the brains of Alzheimer patients.

As a whole, India has one of the lowest diagnosed cases of Alzheimer’s disease in the world.  Now we realize it just might be the curry! They are fighting Alzheimer’s with Tumeric.

As little as one gram per day – less than ¼ teaspoon – has shown conclusive results in reduction of inflammation and cognitive improvement.  It can be added to salad dressings, smoothies, soups, and (naturally) curry.

Ways to Use Turmeric

Naturally anti-inflammatory, anti-cytotoxic (protects against damage from proteins), and one of the most beneficial antioxidants – you cannot go wrong by adding this underused spice to your nutrition.  It has shown serious promise in the treatment of arthritis and cancer when combined with traditional therapies.

Turmeric is available as a supplement, an extract, or the natural spice.  However you choose to add it to your life, your brain will thank you! 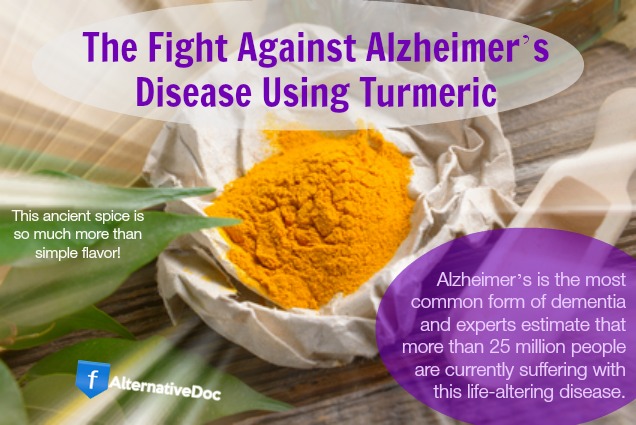 The post Turmeric and the Fight Against Alzheimer’s Disease appeared first on Dr. Keith Scott-Mumby.