We Are Stardust, We Are Golden, We Can Beat Obesity

You know, science can be tricky. Even with the best intentions and complete honesty, facts emerge which make it look like someone has been fudging all along.

Take obesity. There could be said to be a “science of obesity” today. We know a lot about it; including the metabolic syndrome, the dangers of belly fat, the inflammatory nature of visceral fat and how all this can lead to degenerative liver disease (fatty liver causes over 50% of cases of cirrhosis; alcohol abuse only 6% of cases).

But wait a minute! It’s not all like that; lots of holes have appeared in the old story. In fact scientists have now started to refer to “metabolically healthy” fat or healthy obesity (really!). It seems that not all obesity is the same. 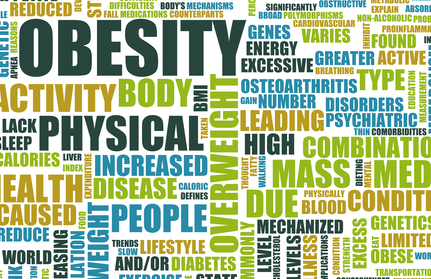 The concept of “metabolically healthy obesity”—that is, individuals with a body mass index (BMI) above 30 who do not have metabolic-syndrome factors that put them at risk for cardiovascular disease events—is not new, but is only now being more widely recognized by experts.1

So without any helpful test (as yet) it’s difficult to spot these different individuals, for whom the normal advice might be wrong. Not that anyone is saying it’s OK for them to remain overweight; just that they are not subject to the same “rules” as other overweight individuals.

Part of the problem is the definite confusion caused by the so-called BMI measure (body mass index). According to this test, Michael Jordan, one of the world’s greatest athletes (US Baseball League), is technically obese!

A better measure by far is waist circumference, especially in normal or moderately obese individuals; if yours is over 40 inches (male) or 35 inches (female), that’s bad news. Blood tests shed light on the probable risk factors of obesity far more than simply weighing one’s self on the bathroom scales.

Other problem issues include inflammation, which is the number one aging phenomenon in our bodies. Markers for widespread inflammation include c-reactive protein (CRP), adipokines, interleukin-6 and TNF-alpha (all this is in my book “Fire In The Belly” incidentally).

What caught my eye this week is a study of identical twins, published online October 6 (2013) in Diabetologia where each pair had one lean twin and one obese twin (so that gets rid of the genes issue!)

The identical twin pairs were aged 22 to 35 years old with a mean difference in weight between twin pairs of approximately 17 kg (37 lbs.), in other words quite a lot.

In half the twin pairs, the obese twins turned out to be as metabolically healthy as their lean counterpart, with low levels of liver fat, good glucose and insulin-sensitivity profiles, and little sign of chronic inflammation in their adipose tissue.

But the remaining 8 obese twins had the classic hallmarks of unhealthy obesity, with marked insulin resistance, dyslipidemia, and a fatty liver (more than a 7-fold increase in liver fat compared with their lean twin), as well as up regulation of chronic inflammation in their fat tissue.

What Was The Difference?

Not totally clear but the results suggest that metabolically healthy obesity is characterized by an adipose tissue that maintains normally functioning mitochondria, does not exhibit inflammation, and is able to handle the excess energy by making more fat cells and not just bigger fat cells.

More fat cells for the same amount of fat means less fat per cell (adipose). That could be significant.

Then the study goes off the rails: according to the authors, no medication currently exists for the specific purpose of preventing adipose tissue inflammation or to promote mitochondrial health for efficient processing of food into energy, but it is possible that such treatments could be developed, the researchers say.

This is wrong. You can beat down inflammation, using a host of herbs like curcumin and using omega-3 fatty acids. They don’t even think of these things because they are not “medication”. But the result will be valuable to you.

Eating Stardust Is Good For You

As for the mitochondria and keeping up their numbers and performance, you could turn to PQQ. Let me explain…

Today, scientists recognize mitochondrial dysfunction as a key bio-marker of aging. To take one instance, researchers have recorded evidence of 50% more mitochondrial damage in the brain cells of humans over 70 compared to middle-aged individuals.3

Mitochondrial dysfunction and death are now definitively linked to the development of virtually all killer diseases of aging, from Alzheimer’s and type 2 diabetes to heart failure. And, of course, “metabolically unhealthy obesity”, as you have just read.

The good news is that mitochondrial dysfunction can be reversed. The scientific literature is now filled with studies documenting the therapeutic power of CoQ10 to boost mitochondrial health and bio-energetic capacity.

And the new kid on the block is an enzyme called co-enzyme pyrroloquinoline quinone or PQQ for short.

Actually, when I say “new kid”, I’m way wrong. PQQ is present in interstellar stardust and this has led some experts to hypothesize a pivotal role for PQQ in the evolution of life on Earth. I am reminded of the words of the Woodstock song lyric:

“We are stardust, we are golden, we are billion year old carbon, …”

PQQ has been found in all plant species tested to date. Neither humans nor the bacteria that colonize the human digestive tract have demonstrated the ability to synthesize it.

This has led researchers to classify PQQ as an essential micro-nutrient.5

But perhaps the best news of all is that PQQ promotes the growth of NEW mitochondria. In one study, published in the Journal of Nutrition, researchers fed mice a diet supplemented with PQQ, and the test animals grew a staggering number of new mitochondria in just 8 weeks.6 That’s a very powerful anti-aging capacity indeed. PQQ is truly “stardust” come to Earth for us!

You can get PQQ from The Life Extension Foundation. But a better idea might be to get a supply of Dr. Al Sears’ Ultra Accel, which combines CoQ-10 and PQQ in one easy capsule.

The post We Are Stardust, We Are Golden, We Can Beat Obesity appeared first on Alternative Doctor Dev Site.