What Doctors Don’t Tell You…About the War on Cancer

the Forces of Evil & Darkness on the Move, Yet Again

My friend Lynne McTaggart is at the center of a storm once again. Forces which don’t want the public to read good news on cancer alternatives tried to shut down her magazine What Doctors Don’t Tell You (known affectionately as WDDTY).

It’s all reminiscent of the storm I found myself in last summer, when Marcus Freudenmann and I were threatened by anonymous government heavies, for daring to talk openly to the public about cancer!*

I’ve known Lynne for over 20 years. I gave her some advice on her daughter’s health. I was one of the early medical advisors for WDDTY.

I worked a “naughty” for her, by allowing her to clandestinely use my reader’s card for the Royal Society Of Medicine. The library there is one of the finest in Europe and she or her minions were able to do a lot of research among medical journals, at no cost, on the pretense they were working for me! 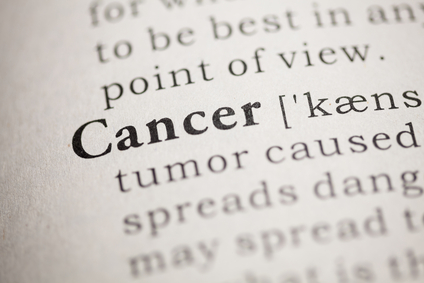 When her first book came out, I was asked for a comment for the cover and described her as “a thorn in the side of conventional medicine”. That was an understatement!

These days, of course, Lynne is best-known for her spiritual books, starting with the amazing, inspiring and well-researched The Field, and has gone off in a rather different direction.

But WDDTY flourishes as always and continues to be reviled by the self-appointed guardians of what the public ought to be allowed to know. And with the November 2013 issue (just out on the newsstands), things got very nasty in what I call the “War About Cancer” (not the war against cancer, the war about the right to personal choices and to circulate knowledge on this hoary topic).

Clearly, the ugly forces that control public information on cancer in the UK did not want that issue to be circulated and read. It contained, among other things, a gripping article about the successful use of homeopathy in treating deadly cancers, like brain tumors (glioma).

In the process, it made conventional cancer therapy seem very poor indeed; which it is, of course.

Probably because Lynne and her co-editor/husband Bryan Hubbard had announced they were going to publish a special cancer alternatives issue, the forces of greed and evil were up in arms, ready.

They tried to pressurize shops not to sell the magazine, using threats and bully-boys tactics. “They” stage managed an attack in The Times newspaper, which contained malicious falsehoods, published on October 1st.

The so-called “charity”, Sense About Science (actually a front group for Big Pharma), assembled what was claimed to be a group of experts, including doctors, scientists and patients, who condemned the disinformation that WDDTY was putting out.

They bombarded stores selling the magazine with emails; took it higher, to the Advertising Standards Association, with complaints about WDDTY advertisers (in an attempt to scare them off and bring down the magazine financially) and called for WDDTY to be “banned”.

The disinformation about Lynne and her team was wild, aggressive and evil.

It got into The Times (a sorry shame to that ancient paper, now a filthy rag under Murdoch’s aegis). Without even bothering to check the accusations, the paper went ahead and printed. What was obvious, says Hubbard, is that not one of the journalists had actually read the article they were complaining about.

The next thing, it’s escalated to TV and The Wright Stuff, a seedy Channel 5 show with failed journalist Matthew Wright. No-one from the program bothered to check the story or the facts with WDDTY! It’s unbelievable.

Instead, a picture of Lynne was flashed on the screen and then they tore into her, with no right of reply, parroting the same ugly claims circulated by Sense and Science and The Times. It was open season on WDDTY.

All this—please note—before the issue was even written, never mind in print!

Why? You can read this fascinating issue yourself and find out: the editors have generously decided to circulate it free, all round the world.

So this is just to say that it reveals fascinating work showing that homeopathy is MORE successful than chemo and, of course, less dangerous and not distressing like the “proper” treatment. So much so that 6 out of 7 glioma patients had complete regression. That’s unheard of.

More: it turns out that MD Anderson Cancer Center (MDACC) in Houston, Texas, got involved in researching homeopathic remedies and were so impressed by the results, that MDACC is now offering homeopathic treatment. The US National Cancer Institute is also impressed and have called for more research. Homeopathy (carcinominum, phytolacca, thuja and conium are already written up in my book) “Cancer Research Secrets” which you simply MUST get, if you want to know the latest cures that work and have GOOD science.

So, my friends, that story has moved on considerably. It’s hard to see how this is going to get swept under the carpet. But…

THIS IS IMPORTANT: I want to help WDDTY get this knowledge out to as many people as possible. Go to the site, using this link, and download your own copy. (no email required)

But as a return favor to WDDTY, be sure to get several of your friends to do the same and get THEM to spread it to their friends. Within a few iterations, we could have the knowledge in front of hundreds of millions of people. What better way to spite your enemies than flourish and succeed!

Do it fast. The forces of darkness may figure out some new devious trick to get the web page taken down.

The only answer to beating the army of evil and folly is to spread the word. You should also consider taking out a subscription to WDDTY.

*In my case, it led to an invitation to address the European Parliament in October about the poor value of conventional therapies and how simple, safe alternatives good save governments from staggering and unnecessary health costs.

We Are Stardust, We Are Golden

I have already used this line from the Joni Mitchell song “Woodstock”, for a heading introducing PQQ (polyquinoline quinone). It really does come from outer space and, among other things, it increases the number of our mitochondria.

This week I have found myself writing about Panspermia for the incredible new edition of Virtual Medicine that’s coming your way later this year. Panspermia is the adopted term for the theory that life initially fell to Earth and that’s how our planet was populated.

Of course phoney scientists don’t like the idea and regard it as whimsy or “junk science” (one of their favorite dismissive phrases).

But they are, in fact, flying in the face of good science. There are TONS of organic compounds raining down on us from outer space every day. Many are quite complex. So what? They say. Life can’t exist without water (oh yes it can, even life on Earth).

Well, even that argument has now collapsed. Water has now been found, trapped inside real stardust falling to Earth!

“The implications are potentially huge,” says Hope Ishii of the University of Hawaii in Honolulu, one of the researchers behind the new revelation. “It is a thrilling possibility that this influx of dust on the surface of solar system bodies has acted as a continuous rainfall of little reaction vessels containing both the water and organics needed for the eventual origin of life.”1

Solar systems are full of dust – a result of many processes, including the break-up of comets.

John Bradley of the Lawrence Livermore National Laboratory in California and his colleagues used high-resolution imaging and spectroscopy to look beneath the surface of interplanetary particles extracted from Earth’s stratosphere. Inside these specks, which measured just 5 to 25 micrometres across, they found trapped pockets of water. 2

In fact it’s very likely that our oceans fell to Earth, from frozen water in things like comets and asteroids.