What Exactly Did Happen To Joan Rivers?

She went for a simple medical procedure and died suddenly. All that is definite at the time I write this is that she went for an endoscopy, had a cardiac arrest, was given competent CPR and transferred to Mt Sinai Hospital, where she subsequently died.

It’s not with any sense of smugness or glee I remind readers of my old saying that: if you want to live well and live long—stay away from doctors and hospitals!

Of course the clinic she went to, Yorkville Endoscopy, is coming in for heavy flack. Doctors (real doctors!) are cashing in and saying if she had come to a proper doctor’s office, she wouldn’t have died. I doubt the truth is that simple.

The clinic claims she was never given a general anesthetic; it simply isn’t needed for endoscopy (true). She was intubated when the ambulance arrived because that’s part of competent CPR. But the media are running wild with stories of things they don’t understand.

It is being said, for instance, that a biopsy was initiated at the behest of a doctor in Rivers’ entourage. That should never be. Moreover, the superstar had only signed off on an endoscopy. Some heads will roll if this is true. It is tantamount to violent assault.

But you know there are sneaky words in the typical informed consent document, such as adding “…whatever may be necessary,” to what is agreed. That’s not there for the patient’s good; you can be assured of that. It’s to get the doctor off the hook in case of a screw up, or to justify any procedure he or she failed to explain to the patient or… even worse… the patient said NO to.

We’ll have to hope that the Coroner is honest and straight, otherwise we may never know the truth. You know the old saying, “The first casualty of war is the truth.” It could be adapted to read, “In modern medicine, the real diseases are lying and cover up.” 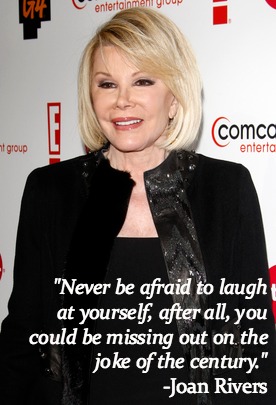 What will eventually emerge, of course, is that medical procedures are “quite safe”, nobody need fear them, you have to have your screenings or you’ll likely die, and… well, basically, just keep paying out and shut up. It will be business as usual, the 100,000 plus deaths per year due to medical incompetence simply hushed up by obliging media, who already are probably looking for other naturopaths, vitamins and supplements to attack next week, for being unsafe or even dangerous.

It’s a formula and reinforces what I have been saying for years: the health system is very, very sick.

On a bright note, in Rivers’ book she joked that dying of natural causes was boring. “It’s the grand finale, act three, the eleven o’clock number — make it count. If you’re going to die, die interesting! Is there anything worse than a boring death? I think not.”

Seems like a good exit line, anyway. She got her wish!

Someone Who Didn’t Get Her Wish

The whole episode has reminded me of something which occurred in my family last year. An in-law died; my wife’s favorite aunt. She developed a brain tumor. That side of the family fell for the “proper” treatment and I wasn’t even consulted. She died rather quickly. I never got to see her at all.

But I heard disturbing stories of her thrashing about in her last days, very restless, and the medical attendants upping the dose of narcotic medicine, until that finally killed her.

It’s an old doctors’ trick; I’ve written about it before. I was taught to do it when I was a beginner on the wards. I never questioned what my seniors told me. I thought that’s what we did to be “kind” and compassionate (I had no idea back then that cancer was a nightmare mainly created by meddling doctors who cut across Nature’s path).

Now my question is this: was Vivien’s aunt struggling to say something? Was she desperate to make her peace and say a goodbye to those she had loved and shared her life with?

My intuition tells me yes. Increasing the dose of her morphine mix simply cut her off altogether and led to her dying miserably and unfulfilled. Such an arrogance would be impossible to justify.

It seems to me that doctors have lost the reverence for death they once had (some of them, anyway). They cannot defeat it. They don’t understand it. There is no pharmaceutical model (other than the kind of murder I just described). You don’t want a doctor anywhere near, when your end is close.

Instead consult a gardener or poet or naturalist: someone who understands the BIG things of life, the great wild places and the cycle of birth, death and renewal.

Hold a child’s hand if you are dying. You’ll feel such lovely, vibrant energies. It will remind you what it was once like to be truly and totally ALIVE and you’ll be keyed up and ready to go find a new life in the hereafter (but don’t be tempted to take energies from the child; instead give that youngster the last of yours!)

Let me finish with a hack I discovered many years ago, to help a person who is passing over, without drugs and fuss. It’s beautiful and has never failed.

Helping Another To Make The Choice

The method is simply to talk to that person about hopes and goals; have that individual visualize what he or she wants to do in the future. This puts attention onto the next life, instead of the pain-racked one which is coming to an end. Often this one simple shift of viewpoint hastens the decision to “move on”.

The most direct approach I use is to ask, “What do you want to do in your next life?” 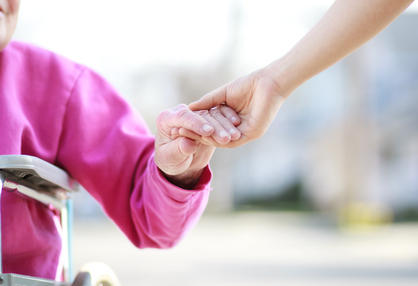 If the patient does not believe in re-incarnation, the question is, “If you could live your life again, what would you do?”

It doesn’t even matter if the patient is unconscious. He or she will think of the answers. Time and again I have seen the patient nod or smile — even in extremis, they know what you’re up to!

I once explained this procedure to a young man in his early thirties, who was distraught because his mother was dying horribly of cancer. He couldn’t bear what was happening to her. Night after night he went through the misery of seeing her pain and wanting it to end. He seemed to be asking me tacitly, “What can I do?”

So we talked it over and I told him exactly what to say. Next day he came to me pale and visibly shaken. With tears in his eyes, he told me that he had only asked her the question a few times and had received no more than half intelligible mumbles to indicate she had even heard him. Yet she passed away within an hour, though she had been lingering for weeks up until that night.

Nothing could shake his conviction that he had caused the moment of her death. Just a coincidence? You must find out for yourself.

I believe this trick to be useless on someone who isn’t ready, therefore I don’t suppose you could do any harm. I repeat: timing is important. If you want to help, don’t blow it by being too premature.

The post What Exactly Did Happen To Joan Rivers? appeared first on Alternative Doctor Dev Site.