70 Years Of Bad Advice Regarding Antibiotics

Most of you know me. Yes, I’m fairly knowledgeable… but also I’m sometimes just plain contrarian! I don’t like doing what everybody else tells me to do. Perhaps you are the same.

In one respect at least, the science world has come round to my way of thinking. I have always HATED to finish a course of antibiotics. It seems far more likely to disturb your bowel flora if you go on for several days longer than necessary. And that can be serious.

A couple of years ago I took a “protective” course of broad-spectrum penicillin, during and after a significant dental procedure. This is a fairly standard thing to do.

I made myself take the full course, even though customarily I do not. The result? I ended up limping badly with knee pain, which lasted over three weeks!

A coincidence? Of course not!

But no ordinary doctor would think of antibiotics bringing on an arthritic knee pain. Thing is, it wasn’t really a reaction to the antibiotic. It was inflammation running rampant, as a result of drastically altered bowel flora. My knee just got hit worst, that’s all.

By the way, if you don’t know this inflammation story in full, you need to get and read a copy of my book Fire In The Belly. It tells you the whole story about how systemic (everywhere in the body) inflammation starts in the gut, with a disturbed bowel microbiome. Inflammation underlies just about all pathology: heart disease, dementia, diabetes, arthritis, allergies, even cancer! 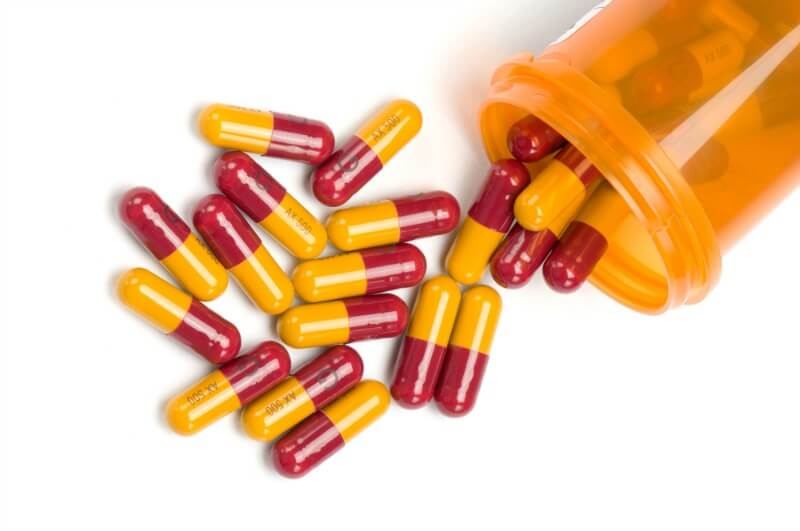 However, this newsletter is really about how to take antibiotics (if you must) properly and safely. Even if you would never take such drugs yourself, you need to be able to advise your family and kids how to avoid trouble.

Because current advice is wrong.

The traditional message given by doctors to ‘complete the course’ when taking antibiotics is seriously flawed. The evidence points in a different direction.

The notion is, as you probably know, that if you stop taking the full course of antibiotics that increases the likelihood of creating antibiotic resistance.

The truth is exactly the opposite: THE LONGER YOU TAKE ANTIBIOTICS, THE MORE CERTAINLY YOU WILL CREATE RESISTANT STRAINS!

This is a serious reversal of the current position, based on a recent article published July 2017 in the British Medical Journal.1 Martin J Llewelyn, professor of infectious diseases at Brighton and Sussex Medical School, and his colleagues have presented their analysis showing the ‘complete the course’ message is dangerously wrong. It’s making the situation worse.

Actually, here is another version of my old work-horse, the “180-degree rule”. Turn standard wisdom right around, in the opposite direction, and you get the truth.

Antibiotics are important to us all, of course, because if they fail, someone near and dear can lose their life, sometimes in just a matter of hours. Increasingly resistant strains are bad news and threaten to put the practice of medicine back almost a century.

To avoid an increase in antibiotic resistance, it is essential to reduce unnecessary antibiotic use; we can all agree on that. But what nobody noticed is that the advice to “complete the full course” actually considerably increases the use of antibiotics! Duh!

The old fixed ideas die hard. In materials supporting Antibiotic Awareness Week 2016, the World Health Organization advised patients to “always complete the full prescription, even if you feel better, because stopping treatment early promotes the growth of drug-resistant bacteria.” Similar advice has appeared in national campaigns in Australia, Canada, the United States and throughout Europe. In the UK, this advice is even included in the curriculum for secondary school children.

In fact, without explicitly contradicting previous advice, current public information materials from the US Centers for Disease Control and Prevention (CDC) and Public Health England have already replaced “complete the course” with the message to take your antibiotics “exactly as prescribed.”

Well, that relies on doctors being reliably informed of this new position and I am not sure many will ever be!

It’s a Historical View, Not Science

The idea that not fully eradicating a raft of micro-organisms would lead to resistance has been a largely theoretical idea, going back to the very early days (1940s).

It is true that for certain infections – such as tuberculosis, gonorrhea and malaria – when the microorganisms causing the infection replicate, antibiotic-resistant mutations can occur if an inadequate antibiotic dose is given during treatment or only one medicine is used. This is known as targeted selection. Most bacteria, it turns out, do not develop resistance through targeted selection.

Instead, taking antibiotics can wreck the important balance of bowel flora and other harmless organisms sharing our bodies and that in turn allows for opportunistic resistant species or strains to replace them. This is known as collateral selection.

The longer these opportunistic species or strains are exposed to antibiotics, the authors argue, the more of a chance that antibiotic resistance can occur (not to mention a painful knee!)

There are certain cases, Llewelyn and colleagues admit, where a shorter duration of treatment may not be as effective. But they also point out that, with certain conditions, measured results show giving only a short course of antibiotics significantly reduces the likelihood of resistance.1

Clinical trials are needed, to establish the optimum duration for antibiotic treatment. 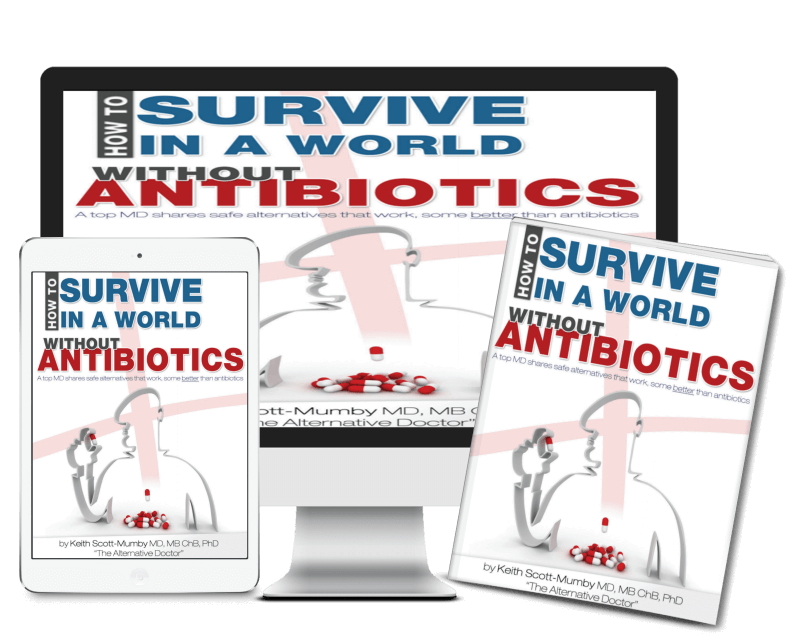 Meanwhile, Llewelyn and his colleagues suggest disregarding the WHO advice and replacing it with advice to stop treatment when the patient feels significantly better.

It’s very likely that the public will be fully behind this approach, as with my readers: “Completing the course goes against one of the most fundamental and widespread medication beliefs people have, which is that we should take as little medication as necessary,” said Llewelyn and his team.

So… you know what to do!

And don’t forget there are hundreds of proven, safe, effective antimicrobial alternatives available. I compiled an encyclopedia detailing them all: How To Survive In A World Without Antibiotics.