Beware Of Your 5-A-Day Portion Of Fruits And Vegetables!

Everyone knows we should strive to eat 5 or more portions a day of fruits and vegetables, right?

An observational study reported today said that women who ate more fruits and vegetables containing high amounts of pesticide residue were less likely to get pregnant or have a live birth.

Of course we should all eat organic—but there isn’t enough organic food in the world to feed us all at 5-a-day!

But here are the figures from the study, to make you think:

Compared with women who ate less than one serving per day of high-pesticide residue fruits and vegetables, those who ate two to six daily servings had an 18% lower probability of clinical pregnancy. This is from the Harvard T.H. Chan School of Public Health in Boston, reported online in JAMA Internal Medicine.

The probability of pregnancy loss increased with each quartile of high-pesticide fruit and vegetable consumption (a quartile just means 25% of the group. There are 4 quartiles, hence the term).

The probability of fertilization failure was 7% for the first (lowest) quartile, 23% for the second, 24% for the third, and 34% for the highest quartile. That’s pretty clear: women who dutifully ate their 5-a-day were really harming their chances of getting pregnant.

They didn’t report on organic food intake but they did look at what they called “low-pesticide residue” foods and found something remarkable. Substituting just one serving per day of low-pesticide residue fruits or vegetables in lieu of one high-pesticide serving was associated with 79% higher odds of clinical pregnancy and 88% higher odds of live birth, the authors estimated. That’s nearly 80% and nearly 90% better odds!

What’s It Got To Do With This Demographic?

Now most of us in this tribe (my alternative-doctor tribe) are beyond reproductive age—we’re Boomers—looking for the eternal party. But it’s still a sobering thought. Indeed if you have offspring who have any trouble conceiving, you need to make this study known to them and get them to eat fully organic, at least for the period until she gets pregnant.

But the worrying thought is: what are fruits and vegetables containing high amounts of pesticide residue doing to the rest of us? We, as older people, have been absorbing and accumulating chemicals for many more years than the child-bearing youngsters.

There has been a growing concern that permitted levels of pesticide residues in food defined by traditional toxicological testing may be too high, especially for susceptible populations such as pregnant women or infants.

Fruits and vegetables are an important part of a healthy diet, but they also serve as the primary vehicle for pesticide residue exposure in the general population. Previous studies have shown that many pesticides used in agriculture have harmful effects on reproductive health outcomes, including decreased fertility, spontaneous abortion, stillbirth, and developmental abnormalities, the study authors said.

What’s not being reported on much is what other effects pesticides are having.

In my 1986 book Allergies: What Everyone Should Know (now out of print). I introduced the term “human canaries” to the world: the chemically susceptible individual who was serving as a warning to the rest of us.

Miners took canaries underground with them, knowing the canaries were extra-sensitive and would quickly pass out or even drop dead in the presence of methane; if the canaries got sick, look out, humans were in grave danger. 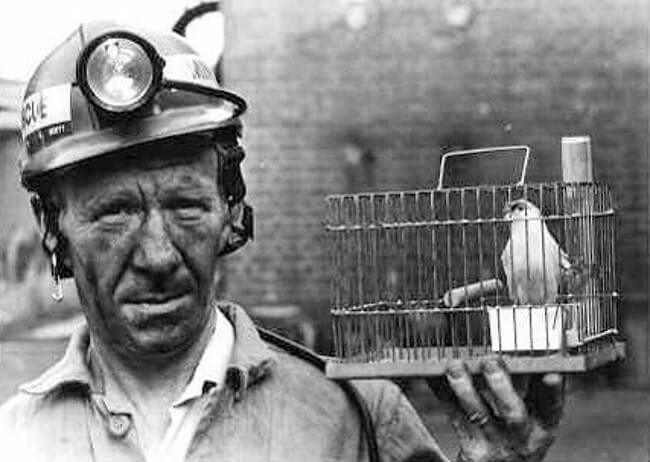 But see… Women trying to conceive are not the only canary-group. There are chemically-sensitive individuals who are just the low end of the tolerance group; they get affected more than the rest of us (we have some wifi and cellphone canaries too!)

Moreover, the chemical “blizzard”, as I call it, has untold potential for damage. Just because the effects are not obvious short-term does not mean there isn’t immense damage going on to our species right now. We don’t know in detail but we do know in principle. Time and time again in my writings I have pointed out that the term pesticide is just a trick; it’s a con word. There is no such thing. These nasty chemicals are biocides, meaning they kill life. Junk from Monsanto, Syngenta and DuPont doesn’t know to leave alone human cells! Whoever tried to peddle that idea?

We are talking poisons. And there are two big issues with this.* Remember, “I told ‘Em!” I’ve been writing since the 80s that there is no proper safety testing going on. The system as it is set up is they don’t really have to prove their case; we have to prove that the chemicals are harmful.

Of course no-one other than the Big Agrichemicals cartels have the kind of money needed to do that. And if you do show there is a problem, as did Gilles-Éric Séralini, a professor at the University of Caen, France, with his 2012 Roundup weedkiller study, showing hideously cancerous rats, then they will destroy you or your credibility.3 The Séralini article was withdrawn under a haze of criticism and he lost his funding. The big guns were brought out to destroy his findings and they succeeded.

Let the world not forget these pictures of the effect of Monsanto’s pesticide and GMO terrorist actions. No matter the criticisms of Seralini, these rats DID get Roundup and they DID get cancer.

The then editor of the Food and Chemical Toxicology, A. Wallace Hayes, sent Seralini a letter notifying him that his September 2012 paper—“Long-term toxicity of a Roundup herbicide and a Roundup-tolerant genetically modified maize”—would be withdrawn. The publisher then formally retracted the paper when Séralini refused to do so voluntarily.

You may be interested to know that Seralini’s findings were republished in the journal Environmental Sciences Europe (2014).4 It carries pretty much the same message as the original article. The journal, fortunately, is beyond the bullying of Monsanto’s lawyers! Amen, to that.

*Oh yes, and the other problem is that of synergistic effects. Synergy means a sort of 2 + 2 = 12 problem. The combined effects of chemicals can be hundreds of times more than the summation of their two separate effects. Therefore “safety testing” of a lone chemical is also a con. There are NO chemicals in our environment that exist there alone. Today, there are 70,000 or more currently in production, all mixed together in our daily lives.

To return to the fruit and veggie article, maybe Philip Landrigan, MD, of the Icahn School of Medicine at Mount Sinai in New York City, can have the last word, “The observations made in this study send a warning that our current laissez-faire attitude toward the regulation of pesticides is failing us. We can no longer afford to assume that new pesticides are harmless until they are definitively proven to cause injury to human health.”

Monstanto et al can afford to, of course! They can also afford to spend the $hundreds of millions destroying good people and good scientists, to protect their evil pseudo-scientific racketeering.

Something to think long and hard about…

The post Beware Of Your 5-A-Day Portion Of Fruits And Vegetables! appeared first on Dr. Keith Scott-Mumby.