Can You “Catch” Obesity?

Anyone who doesn’t refer to the obesity rates in the Western hemisphere as an epidemic has not been paying attention. As of 2012, more than two-thirds of American adults are considered overweight or obese. The dangers of obesity can no longer be ignored and they should not be molded into something they are not.

It is listed as a “root cause” for most major illnesses and can also be a symptom.

You know my standing on the health of your gut microbiome. An unhealthy gastrointestinal system wreaks havoc on every other aspect of your health. Obesity may be one of many conditions that’s affected. Could microbes in your gut create contagious obesity?

New studies have shown that approximately one-third of harmful gut bacteria leave behind spores that can survive in open air. Bacteria that can survive outside the host is able to be transferred to another person.

In data released by Washington University more than a decade ago, researchers discovered that removing gut microbes from obese mice and transferring them to thin mice made the thin mice gain enormous amounts of weight. They replicated their results multiple times.

Those same microbes are able to survive outside the host body.

Survival outside the body means these bacteria can be inhaled or ingested by another potential host. Much like the toxic and aggressive Clostridium difficile bacteria that causes inflammation of the colon. C. diff is transferable through contaminated surfaces or contact between people. 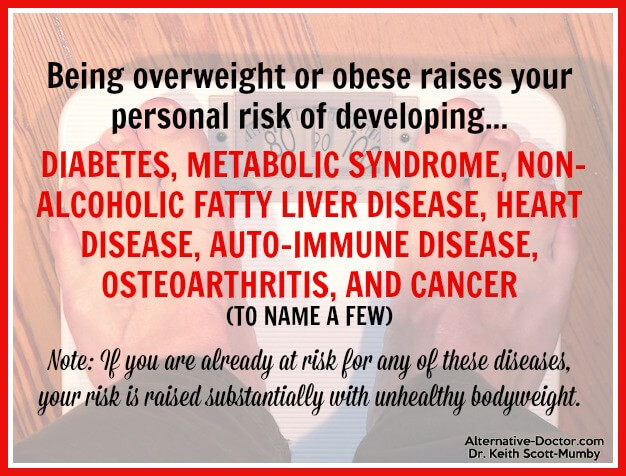 The Critical Importance of a Healthy Microbiome

Invader bacteria hijack the balance in your gut. In the case of C. diff, you can carry the bacteria around in your gut and never become sick, while passing it to others through close contact and sharing the same bathroom facilities. Some toxic spores can remain dormant for a long time, suddenly flaring to life when you least expect it.

Transmission of disease through gut microbes is shaking up the scientific community. One study in particular, published in Nature, outlined the new direction.

“There are definitely diseases that are caused by an imbalance in microbiota. If you look at something like inflammatory bowel disease or obesity,” explained Trevor Lawley, study lead with the Wellcome Trust Sanger Institute. “People who live in the same house share a similar microbiome. Genetics only really accounts for between 7 to 13 per cent of the risk. It could be a combination of things.”

Getting your gut in balance in imperative to your overall health. Experts estimate that 2% of your total bodyweight consists of bacteria. Whether those bacteria are dangerous or beneficial depends on many factors.

Diet, lifestyle, and environment play a major role in the balance of your gut flora. If your personal balance is compromised, you can reset it!

The Long-Term Dangers of Obesity…Especially for Youth

The research is promising but there are steps you can take right now to improve your health. If you’re carrying around extra pounds, it’s time to take them off.

Being overweight or obese raises your personal risk of developing diabetes, metabolic syndrome, non-alcoholic fatty liver disease (NAFLD), heart disease, auto-immune disease, osteoarthritis, and cancer (to name a few). If you are already at risk for any of these diseases, your risk is raised substantially with unhealthy bodyweight.

This isn’t about fat shaming, fashion, or conformity. This is the effect obesity has on your health and your life.

Pointing to one person out of thousands and saying, “That overweight person has a healthy heart, brain, digestive system, joints, and so on…” is both irresponsible and misleading.

Yes, there are those who are overweight or obese who do not have heart disease or diabetes (and might be healthy overall) but they are not the norm.

Younger people who are overweight (while still at risk) are less likely to have a stroke or heart attack. It doesn’t happen at the frequency of those over the age of 40, 50, or 60.

However, a person who is obese as a young person, who remains obese through adulthood, is putting stress and strain on organs earlier – aging the inner workings of their body more quickly than a person who is not obese.

Every year spent carrying around the additional bodyweight is another year of demanding more of your internal organs than they’re meant to provide. The dangers of obesity are well-documented and scientifically proven.

There is no single reason that people become overweight or obese. Resolving problems with weight might require different methods for each person. There is no “one size fits all” when it comes to what works for you.

Still, eating healthy foods, getting regular exercise, drinking water, and avoiding the over-processed garbage that passes for “food” these days will help in your efforts to lose weight.

Healthy habits like these address far more than the dangers of obesity. They’re good for your entire body. From your brain to your heart to your critical gut flora.

The longer we ignore – or excuse – obesity, the sicker the population is going to get.

The U.S. Centers for Disease Control and Prevention (CDC) lists the following guidelines to determine overweight and obesity by using the body mass index (BMI). BMI is calculated for adults by using weight and height to determine how much of their total body mass is fat.

Extreme Obesity: BMI of 40 or more

If you’re uncertain of your body mass index, the CDC has an online calculator here.

For more information on personalized methods of weight loss designed for exactly what you need, read my book “Diet Wise” and take out the guesswork!

Being overweight or obese does not have to define the health of your body. You can start feeling better today.

The post Can You “Catch” Obesity? appeared first on Dr. Keith Scott-Mumby.