Does Poor Sleep Put You At Risk for Alzheimer’s Disease?

I’ve written at length about the importance of sleep to lower body wide inflammation, control weight, and keep your internal organs functioning into oldest age.

New research has made the importance of sleep even clearer. Researchers at the University of California – Berkeley discovered that sleep deprivation may be one of the primary causes of Alzheimer’s Disease.

Deep, quality sleep prevents the buildup of proteins called beta-amyloids, which have been identified as a toxic compound that raises the risk of neurodegenerative diseases such as Alzheimer’s and other forms of dementia.

Around the world, more than 44 million people have been diagnosed with Alzheimer’s.

Baby boomers – those people born between 1946 and 1964 – are most at risk. Experts estimate that without strong intervention, the number of diagnosed cases will reach 76 million by 2030.

The science is rather simple. Similar to a computer backup, deep sleep allows your brain to “save” information that you’ve taken in throughout the day. Without adequate sleep, much of that data is lost. Over time, this results in death of brain tissue and the buildup of beta-amyloids. 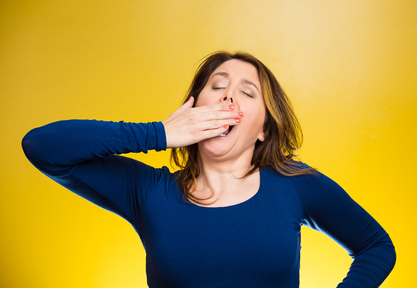 At least one-third of the United States population is sleep-deprived, according to recent figures released by the Center for Disease Control and Prevention (CDC) but experts agree that this number is likely lower than the reality.

Targeting the sleep deprivation epidemic is possibly the easiest solution to lowering a major risk factor for the fastest growing disease in the developed world.

William Jagust, neuroscientist and Alzheimer’s expert with UC Berkeley, explained, “Over the past few years, the links between sleep, beta-amyloid, memory, and Alzheimer’s disease have been growing stronger. Our study shows that this beta-amyloid deposition may lead to a vicious cycle in which sleep is further disturbed and memory impaired.” Their study findings will be published in the Nature Neuroscience journal.

A similar study focused on the connection between sleep and brain health by the University of Rochester discovered that mice brain cells shrank during deep sleep to make room for the body to flush potential toxins from the brain.

Yes, you read that correctly, while you enjoy deep, quality sleep, your brain rids itself of beta-amyloids and other toxins identified in multiple studies as direct causes of Alzheimer’s Disease.

2. Lack of mental stimulation. Those who spend their lives in jobs that require little mental energy are at higher risk of dementia and other neurodegenerative diseases than those with stimulating jobs, hobbies that keep them engaged, and social interactions.

4. Family history. Some genetic mutations result in a higher risk of the disease but this risk factor accounts for less than 5% of cases.

Exact causes of Alzheimer’s disease is still unknown but studying the brain certainly points to some prime suspects. Patients with Alzheimer’s disease present with clumps of beta-amyloid proteins that are called “plaques.” People who suffer from sleep deprivation also have higher than normal levels of these plaques. 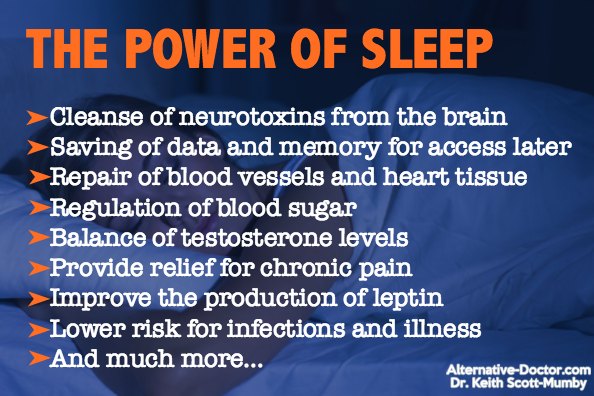 The Power of Sleep

Without adequate, quality sleep, your body is unable to perform many critical functions. Many systems “clock in” while you sleep.

Sleep is not a luxury! It is a basic need of the human body – especially the human brain. If you want to preserve memory, cognition, mental health, and mood, you need to sleep.

Read my other articles on this topic…

The post Does Poor Sleep Put You At Risk for Alzheimer’s Disease? appeared first on Dr. Keith Scott-Mumby.