Driving All Over (Life’s) Road

Do you think it a good idea, to learn to drive on your own—no instructor, just trial and error? You do it over and over, until finally, you learn to have fewer and fewer crashes? Probably you would wreck a few lives in the process but that wouldn’t matter much, would it?

Well, you know I’m being silly. Of course that’s not the way to go. In fact, it would be insane.

But wait a minute! Isn’t that EXACTLY how we go about learning the rules of life?

We just blunder around, screwing up and getting upset, sometimes outrageously so, until we finally learn a lick of sense and stop having those really bad crashes?

Some people, in fact, never seem to really get the hang of driving safely along life’s road. They just flatten walls, crush kids, cripple adults, swerve into every pothole and ditch, get into reverse drive situations and generally get lost, over and over, because there is no real map to follow!

It’s like being a crash test dummy only, instead of testing the car, we are being used as dummies to test out life situations! 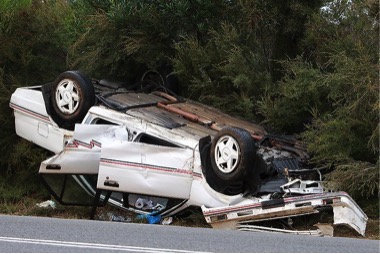 I’m using the motoring metaphor. But if we carried on like this on our roads, we’d end up with more than a ticket: we’d get jailed for reckless driving.

Yet for most people, the experience of driving life’s roads is very much this crash and smash approach, bouncing off walls and running obvious red lights. One of the key reasons is that we are not taught any better. Schools are so bent on ramming history, geography, math, physics and chemistry down your throat that they never even think to teach you “life”, never mind assume the responsibility for it.

So our race blunders on, torn apart by ineptness, continuous strife and wars, disease, crime, cruelty and greed. In truth, nothing ever seems to change much.

You might have guessed by this point that I’ve got something special; an answer to all this? Well, yes. Those of you who know and trust me will have figured out there’s a healthy suggestion… that we can cure this disease.

And you’d be right. My new Life and Living TOOLBOOK makes a great start to the process of happier, harmonious and more productive living. Hence the name “tool book”. 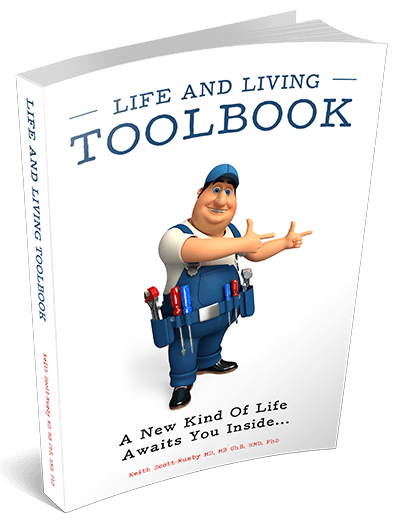 Actually, the book itself is a tool. But it’s also full of tools. In this newsletter I’m going to focus in just one aspect: being nice to others!

That’s a reasonable start to a better life, a better world, surely? Thing is, we get back what we put out. Outflow equals inflow. It’s a Newtonian physics thing… action and reaction are equal and opposite, well, you know, whatever it was Sir Isaac Thingy said!

But it does seem to work in psychology too. I hit the subject twice in the Life and Living TOOLBOOK. First, you can spot whatever people are stuck in by listening to what they say. I’ll teach you how to do that (it was Emerson, I think, who said “The more he talked about honesty, the more I was inclined to count the family spoons when he left”).

But there are two much more positive visits to this theme of giving out what you would like to get back.

Most important is what I call The Gentleperson’s Guide To Good Behavior. It does a lot more good for human relations than the 10 Commandments, because it’s about US, not about preserving Church powers. How should humans relate to each other, rather than how to relate to Higher Power?

The oldest rule, of course, is the one that says, “Treat others as you would like to be treated yourself.” Actually, it might be better phrased as “Treat others how THEY would want to be treated!” Whatever. Being nice is a lucrative coin and easily spent!

A good advancement on that is from Tal Ben-Shahar of Harvard University who reminds us smartly, to “Treat OURSELVES as we would like others to treat us.” Isn’t it true that we are often critical and rude to ourselves, short-tempered and unforgiving? I know it applies to me at times.

Don’t be so harsh on yourself. The important principle is that if you love and honor yourself, you will love and honor other people, almost as a natural consequence.

That said, in this rules of life book I wade into a whole bunch of other good rules for living. You certainly need to get this little mini-masterpiece to learn the art of more intelligent, happier and more productive living. In fact, I make the very point that intelligence, happiness, success and indeed sanity are all part of the same coin: logic and reason.

We behave well because it’s STUPID not to. Those who think they can game others by cheating and robbing, sooner or later come a cropper. They are NEVER happy, though they may seem smug and to be envied, short-term. Once the cancer comes, the heart attack, the bankruptcy, divorce or the police investigation, they are the first to start crying and whining about being fair and having “rights” (which they never granted to others).

The truth is, the only sensible definition of the concept of good (right and wrong) is good for all. Anything less is shortchanging yourself, as well as those around you. The old Darwinian idea of survival of the fittest is the teaching of a crazy, mechanistic science, that can’t even admit there is such a thing as the human spirit, never mind figure out how to measure it! Duh!

This is the link to read more about The Life and Living TOOLBOOK.

I know I’m right and I’m backed up by scientific research: the really happy people are the ones who GIVE, not the ones who get (fact!)

One thing you can always give to others, is honor and recognition. The most evil-seeming person was put here by the same force/deity that put you here (I don’t do Devil as an excuse to hate). So… give him or her a break. People do reform! We are all actually doing pretty much the same thing, which is doing what we think is best. It’s just that the smarter ones among us can see further and work out the long-term consequences of our actions; the stupid ones think only of the day or the week.

So it’s back to what I just said: goodness and therefore happiness, is about logic and reason, not about living by imposed rules from some supposed holy rules of life book.

I love to quote the indigenous Navi people from the movie Avatar. They signaled each other with the phrase “I see you!” It’s a beautiful way to say “You are in my world and I’m glad for it!”

We should all do that every day, to those we hold dear.

The link to go read more. 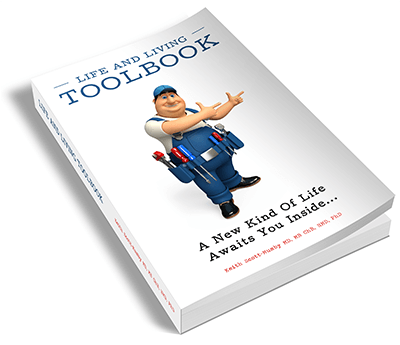 The post Driving All Over (Life’s) Road appeared first on Dr. Keith Scott-Mumby.