A couple of weeks ago I came out with an article pointing out the rise in “food fascism”: telling people to eat and if you don’t do as I/we say, you are a crook or a fool. DO AS WE TELL YOU, OR ELSE!

What possible business of these snooping busybodies is it, what a person chooses to eat? It’s fascism in the full sense of the word, meaning attacking people who are not like us; doing “exposures” (when everything is in full view); bringing in irrelevant arguments to discredit others; and generally taking over the airwaves.

Now they are attacking “detox diets” (and actress Gwyneth Paltrow in particular), implying there is a public scam. I suspect it’s just jealousy because she has a huge following, makes a ton of money, is slim as hell, beautiful, and DARES to look super-sexy! That’ll make the underperforming female journalists jealous.

“Detox dieters often report a variety of benefits, but most of these improvements may be due to changes in the diet unrelated to any change in “toxin levels.” For instance, a decrease in headaches could be related to elimination of caffeine or alcohol in the diet.” 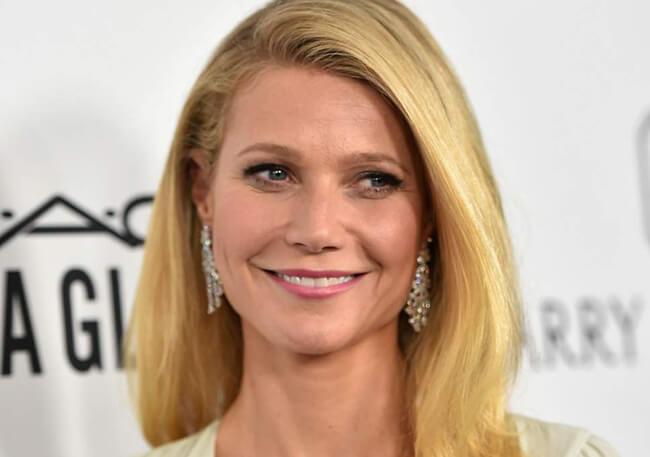 I must say the name of Paltrow’s operation: Goop, isn’t particularly appealing to me. Viv thinks the G and P might be based on her initials. (Anyone know?) It sounds like a kind of bowel blockage. But hey, it’s a free world!

Oh no. Sorry. It ISN’T a free world… That was when I was a kid, over 60 years ago, before social media, the greens and gender politics imprisoned everybody in the intellectual tomb of political correctness.

The accusation is that Goop promotes “controversial health and wellness concepts and sells products related to her unusual ideas”. None of it is controversial till the journalists get hacking away. So, excuse my logic; doesn’t that mean her attackers are causing the controversy, not Gwyneth? (The word hack is chosen advisedly, by the way).

“Once again, January is that time of year when Ms. Paltrow’s fancy turns to promoting detox diets,” goes the diatribe.

I don’t see any problem with that—except I would add my usual personal caveat, that no foods are healthy or safe for everyone. They need testing for individual intolerances. Assumptions like Junger’s are not enough. Majority reaction is not enough. Hence my own DIET WISE plan

For breakfast, there is grain-free granola, smoothies with coconut and chia, or a cauliflower/black bean scramble. “Portable” lunches include soup (borscht, beans and greens) or salad (leftover salmon patty salad, kale caesar, or detox bun).

Sounds great to me and not at all a “deprivation diet”, as the “experts” claim!

The dinner menu features salmon Patties with turmeric cauliflower rice, beans and greens soup, roasted chicken with cauliflower, tom yum soup, and blackened trout with roasted sweet potatoes and arugula salad. Snacks range from apple with almond butter, date balls, brown rice cakes and “toum with crudités” (a Lebanese garlic sauce — which the website claims: “This condiment — along with the process of making it — is not for the faint of heart”).

[What is the problem for these idiots? It’s a recipe suggestion. People can eat chilies, can’t they? Or does that have to be clinically-proven too?]

The attackers, by the way, are SERIOUSLY ignorant doctors. They take this swipe at Paltrow’s Master Cleanse, also called the Lemonade Diet. It’s a liquid-only diet consisting of water, lemon juice, maple syrup, and cayenne pepper taken for 10 days.

“Unfortunately, most of the weight loss in a detox diet is water.”

What? You lose several POUNDS of water? I don’t think so. In any case, there’s not the slightest hint of science in their claim. They just grabbed it out of the air (or “off the wall”, as Americans say!)

“The weight returns just as quickly as it left as soon as a normal diet is resumed.”

That is a complete fabrication. It reminds me of the days when “experts” used to pronounce that “The ONLY way to lose weight is eat fewer calories” (now known to be among the most unworkable answers to weight loss!)

But in any case, most people would not return to a normal diet (meaning eating the crap that the journalists eat).

What these idiots don’t know is that this is a kind of keto diet (not the best kind). Ketones make you feel good. They are the most efficient brain fuel you can get—way better than glucose. When you are in keto your insulin resistance drops and you create more stem cells. Not a problem, really, for skinny Paltrow-types.

But still… a good thing! I’m on one of my 2-day fasts while I type this, for goodness sake!

It seems to me that the usual sneering critics of this kind of disciplined eating are mainly overweight harpies with too much attitude and they know, in their heart of hearts, they could never command so much discipline. It’s jealousy bordering on hatred, fuelled by their own massive failures.

Oh, and Berman and Boguski pathetically attempted to manufacture the “danger” of green smoothies, citing a 2018 published example of a woman who oxalate nephropathy (inflamed kidneys, due to oxalate poisoning). BUT—what this hatchet team avoided mentioning—is that this case was extraordinarily rare: a woman who had had bypass surgery and a recent long course of antibiotics.

Dr. Junger is not wrong when he says, “When our systems are overtaxed, they begin to break down in a multitude of ways. Allergies, headaches, depression, irritable bowel syndrome, fatigue, weight gain, and insomnia are just a few of the symptoms that can result. The majority of these common ailments are the direct result of toxin build-up in our systems that has accumulated during the course of our daily lives.”

“But the science behind the detox theory is deeply flawed,” says Peter Pressman, MD, an internal medicine specialist at Cedars-Sinai Medical Center in Los Angeles. “The body already has multiple systems in place—including the liver, kidneys, and gastrointestinal tract—that do a perfectly good job of eliminating toxins from the body within hours of consumption.”

OK, smart ass, so why are people sick and dying in your country? Could it be that our livers and kidneys can’t cope any more? In fact this kind of eating is Nature’s way: hunter-gatherers lived by intermittent fasting. It’s what we are SUPPOSED to do.

If you want to tone up your liver and kidneys, you might want to get yourself copies of my two books: Love Your Liver and Waters of Life. I sell them singly or as a pair, very inexpensively. 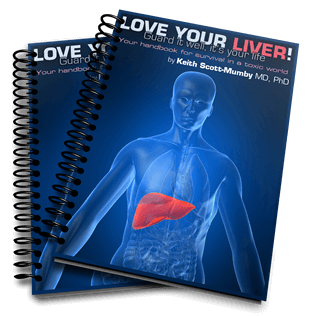 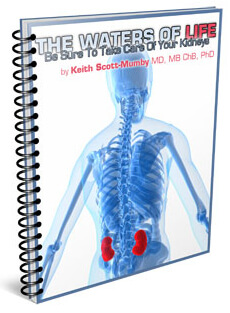 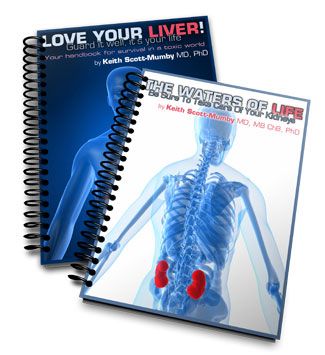 Last quote from the authors of the hatchet job: “Despite the lack of evidence that detox diets have any real health benefits, they remain incredibly popular due to celebrity endorsements and intensive marketing of the diets and related products.”

Or could it be because people love a detox, feel great, get all their energies back and look and feel 10 years younger?

It’s a clever and well documented journalistic trick to juxtapose two threads but one is NOT dependent on the other. There might be HUNDREDS of reason detox diets are popular, nothing to do with celebrity endorsements or intensive marketing!

There! That’s this week’s nark off my chest! (nark: British slang: complain about something irritating or annoying).