Still believe that processed food products are mostly pretty wholesome and, as they often like to claim, ‘full of natural goodness’?

Well, they’re certainly full of something, but perhaps not what you believe. None of us would really choose to eat some of the truly disgusting ingredients that have been cunningly packed inside a strawberry-flavored pudding, ice cream or a hot dog.

But thanks to handing control over what we eat to an industry that does not care for your health, you will eat a lot of unbelievably disgusting ingredients, every time you buy a processed product.

Beware! Especially beware what you eat over the holiday food fest!

A few of the most disgusting ingredients are:

All we know is that few people would consider it food and most people would agree that eating it is a pretty gross thought. Worst of all, it may not even show up as castoreum on the ingredients list, just as ‘natural flavoring’. Talk about poetic license!

3. Ammonia: Yes, actual ammonia; the chemical with the overpowering violent odor that is commonly found in household cleaning products. Unfortunately, the geniuses in the food industry also think it is great to use it as a gas to kill the germs in their cheap, filthy, bacteria-laden trimmed meat. This turns it into ‘pink slime’ (don’t worry, we’re coming to that)…

Ammonia is not food. Don’t take anyone’s word for it, just remember that caveman sense of smell we all used to rely on. Does the smell of ammonia say to you ‘eat this, it’s good?’ Of course not!

4. Crushed insects (carmine or cochineal beetle): Mouth-watering, right? The crushed boiled cochineal beetles are very widely used in the food industry to supply a bright red food-coloring. They use it in ice cream, sweets, drinks and more. Many people are seriously allergic to the bugs and even sustain anaphylactic reactions to this false food.

5. Antifreeze (ethylene glycol): More food industry madness. Ethylene glycol has been used as a poison for murder in more than one case. Think of what antifreeze does to your iced up windscreen and imagine an active ingredient of that in your stomach. Not nice.

6. Shellac (furniture polish!): Want to know what the lovely shiny coating is on the outside of some sugar-laden favorites such as certain jelly beans? There is an insect that lives in Thailand called the Kerria lacca, the female of which makes sticky secretions called shellac. That is what you’re eating. The ever-inventive food industry often calls it ‘confectioner’s glaze’ as if it were handmade by a twinkly-eyed candy-creator. Note: it is exactly the same stuff that’s dissolved in alcohol to make French furniture polish! 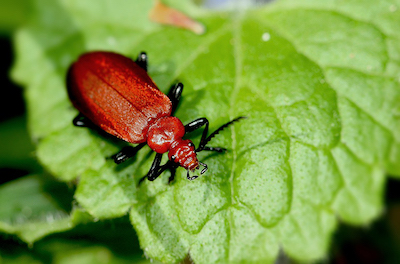 7. Antibiotics: We get more antibiotics second-hand in our food than as medicines. This class of miracle drugs has slowly been rendered worthless by the creation of resistance strains of bacteria, 80% of which is due to agricultural abuse. Antibiotics are used to make livestock into fatter commodities faster, then we eat the meat pumped full of drugs we didn’t ask for. Antibiotic-resistant bacteria proliferate, more people get sick from delights such as resistant salmonella and we are left with yet another dangerous mess in the food chain.

8. Phosphates: Phosphates are naturally present in food. We now know they are a health hazard, particularly for someone with inadequate kidney function. Substances called polyphosphates are injected into chicken, ham and other foodstuffs. These chemical bind with water and add bulk. The legal limit for faking food “weight” in this way is around 40% by weight (depends on the country).

You will notice this effect when cooking bacon or ham; once heated, liquid starts to emerge from the slices, which then shrivel to maybe half the volume. You are sold water, just to plump up food and make more money, you understand. Goodbye natural food, hello high blood pressure.

Food products with high phosphate contents are damaging to the health of the general public, and as such should be labeled, say researchers behind a new study.1

9. Viruses: Yes, viruses are sometimes deliberately added to foods. Bacteriophages, tiny viruses that attack and kill bacteria, are used in instances where food such as deli meats, are sold in plastic pouches, they are designed to combat E. coli. Approved as recently as 2006, who knows the long-term impact on our bodies that they may prove to have? One thing is for sure: viruses mutate unpredictably. What may be safe at one time could turn into a deadly pathogen.

Why add bacteriophages to food? To combat filthy practices within the food industry.

10. Finally “Pink Slime”: If you are still a step away from feeling totally nauseated by food industry practices, hold on! We must not forget the ingredient with its rightful horror-comic name ‘Pink Slime’.

Where to start with this nightmarish approximation of a foodstuff? UN-meat would be a better term. Mechanically separated meat is a lurid sludge made from leftover meat that clings to the bones of chicken or pork (the use of beef is now banned, due to BSE).

It is even worse than its name. Pink slime is created when bits of meat which are still clinging to fat are recovered by melting away the fat and spinning the results in a centrifuge. The pink slime, as if not ugly enough already, is then treated with ammonia gas (see item 3) to kills germs. Tasty.

Still can’t picture how bad this stuff really is? It is so very disgusting that I had to give you a couple of images to see how your most basic hunter-gather sense of sight reacts to two spot-the-difference images.

This is what is organic, grass-fed beef, the very best source of Omega-3s, an outstanding source of Acetyl L-Carnitine (ALC) and rich in protein looks like:

This is what mechanically separated pink gloop “meat” looks like: 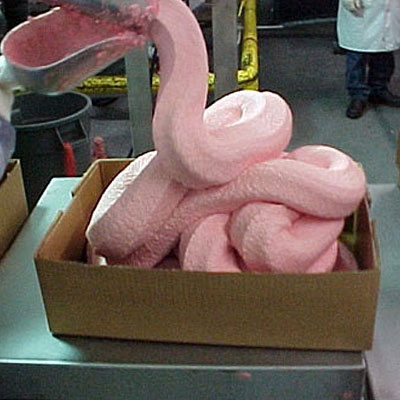 Which disgusting ingredient would you pick? (Thank you to health.com)

The post Ghastly Yuck “I’d Never Those Disgusting Ingredients” But Actually You Do… appeared first on Alternative Doctor Dev Site.