Glyphosate Pesticide in 85% of Tampons and Personal Hygiene Products

You don’t just eat Monsanto’s GMO junk and their carcinogenic pesticide “Roundup” (glyphosate). You could be taking it in from personal hygiene products!

What am I saying? The shocking fact is that Monsanto’s chemicals make their way into 85% of personal hygiene cotton products, INCLUDING TAMPONS! Ladies, beware.

I picked up the information from Waking Times, a radical earth-friendly publication. Their writer, Alex Pietrowski, came across a new study at the University of La Plata, Argentina, (in Spanish, which I do not speak) where researchers had found that about 85% of cotton products such as gauze, cotton balls, feminine products like pads and tampons, baby wipes, etc. tested positive for glyphosate.

Even worse, 62% of the tested products had traces of AMPA, an environmental metabolite aminomethylphosphonic acid that is a derivative of glyphosate and is potentially 1,000 times more toxic than glyphosate.1

The concern is that people often use GMO cotton products on open wounds, on highly sensitive areas, and, in the case of tampons, against internal membranes. These chemicals being so close to a woman’s reproductive organs is especially worrying.

It’s very unlikely that any typical consumer has considered that glyphosate and AMPA chemicals are seeping into their body through hygienic products (which, by definition, are supposed to help maintain health and prevent disease).

The production of has become very common in several countries, including Argentina and the United States, where farmers are sold on using Monsanto’s GMO seeds and agro-chemical products, with the promise of higher yields.

During the process of growing GMO cotton, where the plants were designed to withstand the application of glyphosate found in the common herbicide Roundup, farmers are spraying the chemicals onto the plants when the cotton bud is open. This means that Roundup goes straight into the part of the plant that is then used to produce your personal hygiene products. 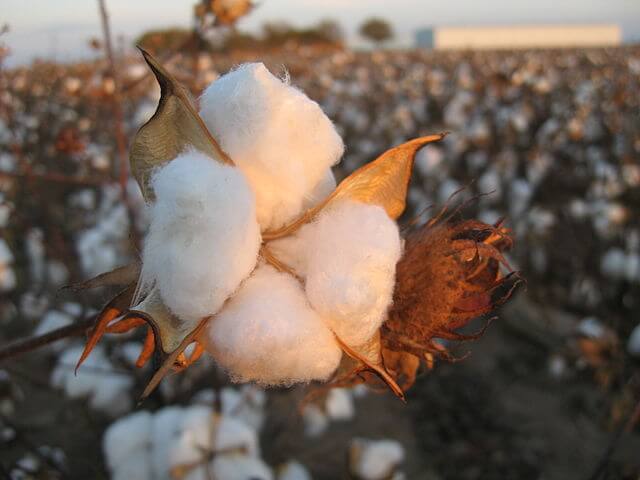 This cotton could be dangerous to your health!

Dr. Medardo Ávila-Vázquez, a pediatrician at the Faculty of Medical Sciences, National University of Córdoba, Argentina is the coordinator of the Physicians of Crop-Sprayed Towns, a University Network for Environment and Health that campaigns against agrochemical spraying and provides medical treatment to villages suffering from illnesses as a result of agrochemical exposure. Since noticing the health of his patients was deteriorating and patterns of illness changing, he began to campaign for the protection of local people, particularly children who are some of the worst affected [Institute of Science In Society website].2

“The results of this research are very serious,” says Ávila-Vázquez. “When you use cotton or gauze to heal wounds or for personal hygiene, you do this thinking that the products are sterilized, but in fact you are using products contaminated with a carcinogenic substance.”1

The Problem Is Much Worse Than We Imagined

It could be far more devastating than anybody has imagined. Currently the world is being distracted (deliberately) by the supposed “outbreak” of Zika virus in South America. It’s a harmless virus that has always been there. It produces a mild, self-limiting illness.

Then suddenly, without warning or reason, Zika is supposed to have morphed and is now capable of producing horrendous brain damage? Jon Rappoport, in his usual ironic style, says, “This is called a clue. A clue that scientific liars are lying.”3 This is not an “outbreak” in any sense.

There is absolutely no evidence that Zika virus causes birth defects. The best they can come up with is an “association” between virus infection and microcephaly. Good science (not the bought-and-paid-for kind) would never take this is mean causation by the virus.

Let’s go back to pesticides. THEY ARE SCIENTIFICALLY KNOWN TO PRODUCE SMALL HEAD GROWTH IN CHILDREN. It’s science; a done deal. In a study carried out in the Brittany region of France from 2002 through 2006, there was a direct association between the presence of Atrazine in the mother’s urine and the malformation called microcephaly (small head).4

The late Argentine researcher, Andres Carrasco, who was subjected to scientific censorship and threats during his career, published a critical paper in 2010, entitled: “Glyphosate-Based Herbicides (GBH) Produce Teratogenic Effects on Vertebrates by Impairing Retinoic Acid Signalling.”5

But Monsanto, Syngenta, and their cronies have managed to sell the world on the idea that the real cause of the fetal damage they are known to be creating with their products is the harmless Zika virus. It gets the blame and the world is in panic, needing more vaccinations to protect us from Zika! It’s like sleight of hand. Now nobody is looking at the real cause of birth malformations in Brazil—which happens to be the world’s number one pesticide user!

South America Sucks If You Want to Stay Healthy

Really, South America is not the ideal place to live, if you want a healthy environment. It stinks with environmental abuse and corruption to cover up what’s going on. Just please remember they sell their products all over the world, in the USA and Europe, despite numerous so-called safeguards.

As I have been saying for decades, “pesticide” and “herbicide” are trick words, implying they only kill unwanted organisms. In fact they are all BIOCIDES, meaning “kills life”. Glyphosate and Atrazine are designed to kill plants, and endosulfan, chlorpyrifos, dimethoate, cypermethrin, imidacloprid, etc. are designed to kill insects and are the most widely used. But they all have proven deleterious effects on human health and the environment.

Yet the use of these pesticides has been increasing exponentially since 1990. Back then, 30 million litres* of poisons were used; during the 2012/2013 crop season more than 318 million litres were applied. On the same hectare where 2 or 3 litres of glyphosate were used per year, today 8 or 12 litres are used with 1.5 litres of 2,4-D in addition. In Santiago del Estero, Salta, and Chaco (north-western Argentina) up to 20 litres per hectare a year of Round Up are used.6

Read This Next Sentence Carefully: To grow 100 hectares of GM soy today requires 14 working days for one single worker: one day for sowing, another for harvesting at the end, and the remaining 12 days in between for applying poisons over the same field.2 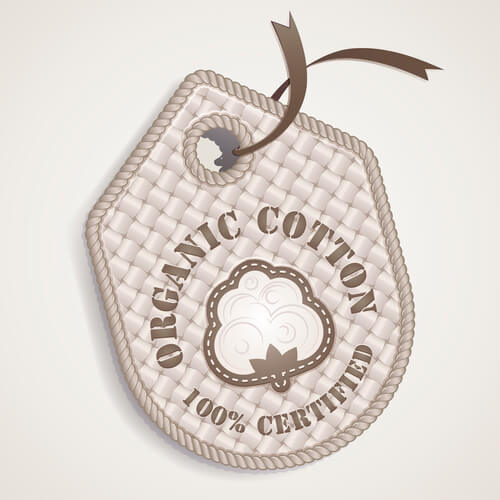 One way to expose your body to less glyphosate is to reduce the use of cotton products produced in countries such as Argentina and the United States, unless they specifically state that they are GMO-free or organic.

There are many new healthier options for personal hygiene, such as organic cotton gauze, organic cotton feminine products, and non-disposable silicone replacement for tampons. You can also buy very inexpensive organic cotton balls.

Of course the media in countries where GMO crops account for an overwhelming majority of corn, soy and cotton will not educate the public about the potential dangers of chemically-laden personal hygiene and food products.

Monsanto continues to argue their products are safe, despite an increasing number of studies by experts, proving they are not. The World Health Organization has classified glyphosate as a possible carcinogen and it is associated with proven birth defects.

It is up to you to educate yourself about what you put on and into your body and the possible effects.

Biochemical industry cartels, like Monsanto, Dow, BASF, Bayer, Syngenta and DuPont, are the new Black Death. They now control almost ALL the world’s food and whenever laws are passed to rein them in, they simply pack up and open for business in a new territory. They act above the law. They corrupt and destroy governments they don’t like.