How to Apply Transformational Psychology in Your Personal Development Plan

and Punctuated Equilibrium is a recent scientific biological term, to get round the problem that evolutionary changes are not seen from fossil records. Instead of the predicted gradual drift from one species or form to another, populations actually remained stable for very long periods, with no real change for millions of years. Then suddenly, over a very short space of time, a whole new species emerged.

The real problem that biologists are up against is that Darwinian evolution and “natural selection” is an erroneous theory; it’s plain wrong. Natural selection, by random chance, is a trivial and unimportant process, compared with the fact that living creatures can evolve by their own choice.

Need a new enzyme for an alternative nutrition pathway? No problem. Microbes kept in a nutritionally-limited medium have been caught creating new genes in a matter of hours, specifically to take advantage of available nutrients nearby.

That’s not supposed to happen.

With more highly evolved and intelligent creatures the manufacture of new genes to meet desirable changes probably takes a little longer but is more certain to occur—because the creature in question is determinedly forcing the issue.

As evidence for natural selection crumbles, scientists try and prop up their addled theories with more and more peculiar “explanations” of why their pet ideas don’t fit the facts.

What is blindingly clear from fossil records available at this date is that there is no supporting evidence for the gradual evolution idea, with small incremental changes from one species towards another. It just didn’t happen that way!

So in 1972, evolutionary scientists Stephen Jay Gould and Niles Eldredge proposed another explanation, which they called “punctuated equilibrium.” That is, species are generally stable, changing little for millions of years. This leisurely pace is then “punctuated” by a rapid burst of change that results in a new species.

According to the Gould and Eldredge idea, this sort of stuff doesn’t usually occur in the mainstream population of an organism, where changes wouldn’t endure because of so much interbreeding among like creatures.

Rather, big shifts are more likely at the edge of a population, where a small group can easily become separated from the main body and undergo changes that can create a survival advantage.

This idea of punctuated equilibrium really describes very well the sweeping changes I am introducing to the field of mind and Being. It’s a sudden leap forward; a burst of inspiration.

Back in 1994 I developed the concept of “transformational psychology”. I actually coined the term and for a long time, it was my own. Recently, I see a few other groups have started using it; I should have trademarked it when I had the chance: it’s actually a rather nice term, for a very nice concept!

You see previous approaches are based on what is WRONG with humankind. Psychiatry—that embarrassment of the healing arts—does not even have a reference frame for what a normal individual should be doing.

Moreover its standards of diagnosis and proof is deplorable. There are no tests of any kind—no blood tests, x-rays, biopsies or any other kind of objective testing—for the range of supposed mental diseases currently in fashion. Diagnostic criteria are mere opinions and these are subject to change (as witness the fact that, for example, homosexuality was until relatively recently listed as a mental disease).

Psychology, daft as it is, only studies averages in the population and, since nobody is actually average, well…

Even pop psychologies, like EMDR, energy psychology, Sonoma and much else in the human potential movement, are all about fixing things. “Normal” for many them is often being off in cuckoo land, with angels or “guides” standing on your shoulders and whispering to you what you should do.

They all circle around the same few basic precepts: the “energies”, the “lessons”, the “chakras”, “higher power” and ch’i. I’m not saying these things don’t exist, of course; just pointing out the footfalls of the herd or mainstream population. None of them are really much different to any of the others and all seem to share the pap terminology that gets circulated as fact. 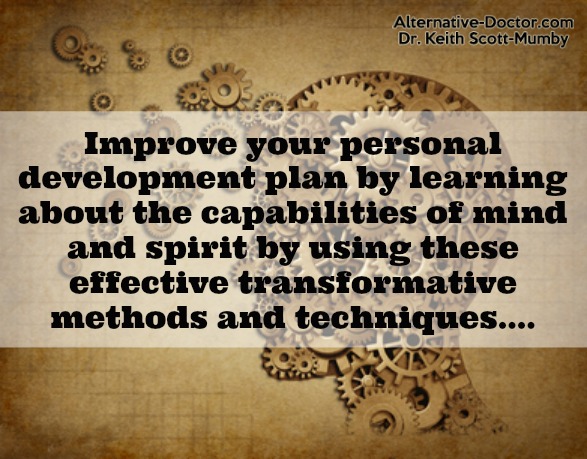 The Best Of Human-ness

My approach has been radically different, which is to conceive—first of all—what an optimum individual should be like. And then to seek pathways to that desirable state.

There is no religion in this. I’m not buying into what X-Y-Z scriptures say an individual should be and do. All formal religions are about controlling people with a fake species of truth that just does not stand up to intelligent scrutiny in the 21st century.

Instead, I look at the best of humankind we have seen: Bach, the musician; Tiger Woods, the golfer; Pauli, Schroedinger and Einstein, the scientists; Hildegard of Bingen, the abbess; Queen Elizabeth the first; Arthur C. Clark, the visionary—the Army of Greatness—and asked myself what is it that they do?

Then: what do we need to mimic that? How can I make it a general case?

You’d be surprised what I’ve come up with and the good luck I chanced upon by way of input from others. This is definitely a whopping punctuation of the existing mainstream equilibrium!

I call my new science of Being and consciousness Supernoetics

. Noetics is an Ancient Greek word, meaning mind and spirit. Super-, as we all know, means the greatest or best of, as in supermarket, superman and supernova. It’s in the word superior too.

It’s a whole collection of techniques, tips, tricks, hacks and processes that form a unified body of learning. In fact we in Supernoetics

are a knowledgebuilding and knowledge engineering society. There are thousands already exposed to it and I am down here in Australia right now, talking with the leadership council.

We’re a small group at the edge of a mainstream population but that’s precisely where “punctuated equilibrium” breakthroughs are predicted! 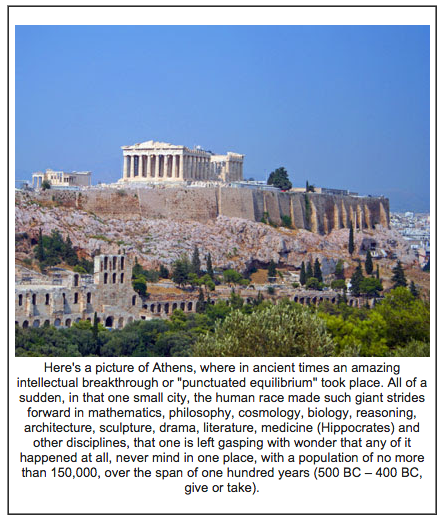 The changes are coming. New “thought horizons” are being forged, challenging the old boundaries; the consciousness and Being landscape is altering dramatically, as roads to some hitherto rarely-visited places are being laid and mapped.

Meanwhile, you can sample some of my Supernoetics

insights, adventures and techniques by joining the online academy. It’s not expensive and is growing fast. Already there are dozens of lively, insightful and helpful videos, plus audios and several electronic books.

I call it my “New Thought Horizons” academy.

As a taste, I have released several short but instructive videos. You can access them without cost by signing up as a temporary member, after watching my introductory welcome. You’ll be sent a series of video links, taking you to the videos in question.

One of my favorites is The Grinder. It’s a series of 10 short but killer hacks to up your game, empower your mind, ramp up your performance 500 – 5,000 percent, and add to your personal development plan.

I kid you not. Almost every failure in life and living is a violation of one of these 10 precepts.

The post How to Apply Transformational Psychology in Your Personal Development Plan appeared first on Alternative Doctor Dev Site.