Is Tree Hugging Good For Your Health?

Years ago I lost a mighty volume of poems I had written. As an already-published poet they were not just dreams or self-delusions; these were GOOD poems. I wept over that notebook. It still haunts me; the beautiful language that came to me in the night; up in the skies; on far-flung mountain tops; and by the ocean shore… All gone!

I’ve tried to re-construct some of it but poetry isn’t like that. It’s a moment of intense creation that never comes again.

So when a new book pops up that says tree hugging is proven to be good for our health, I was on it quickly! Author Matthew Silverstone, in his recently published book, Blinded by Science, details scientific proof that trees do in fact improve many health issues such as concentration levels, reaction times, depression, stress and other various forms of mental illness.

He even points to research indicating a tree’s ability to alleviate headaches in humans seeking relief by communing with trees. 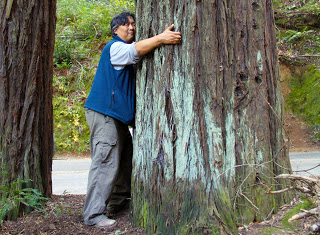 According to research cited by Silverstone, children show significant psychological and physiological improvement in terms of their health and well being when they interact with plants and trees. Specifically, the research indicates that children function better cognitively and emotionally in green environments and have more creative play in green areas. Also, he quotes a major public health report that investigated the association between green spaces and mental health concluded that, “access to nature can significantly contribute to our mental capital and wellbeing”.

The question is: how do plants and trees influence us so?

The answer, suggests Silverstone, turns out to be very simple. It is all to do with the fact that everything vibrates in a subtle manner, and different vibrations affect biological behaviors. One research experiment showed that if you drink a glass of water that has been treated with a “10Hz vibration” (around Schumann waves frequency and also alpha mental states) your blood coagulation rates will change immediately on ingesting the treated water. It is the same with trees, when touching a tree its different vibrational pattern will affect various biological behaviors within your body.

There is one other school of thought in alignment with this remarkable theory: Taoism. For example, the Taoist master Mantak Chia teaches students to meditate with trees, as a way of releasing “negative energies.” In his Cosmic Tree Healing Qigong method, Master Chia teaches how to align one’s body with the “aura” (or energetic field) of a tree. He explains that trees are natural processors that can help you transform your body’s sick or negative energy into positive, vital life force energy. As you connect your energy with the tree you facilitate your own physical and emotional healing.

The Taoist theory is that because trees stand very still, they are better at absorbing the Earth’s Energy and the Universal Force from the Heavens. Trees and all plants have the ability to absorb the light frequencies and transform them into physical food; and they do the same with energetic food. The Taoist view of trees is to see them constantly in meditation, with subtle energy as their natural language.

Oh my, I’ve gotta work on you! Hopefully, most of you will tune in instantly. For doubters, let me ask:

What if plants could sing? Would that make them intelligent?

A couple of years ago I called subscriber’s attention to the singing trees of Damanhur. Vivien and I visited the site last year, on a long drive from Lucerne to the Italian side of The Matterhorn. We found Damanhur rather weird but there is no questioning the loveliness of this plant music. Of course it is not singing, it’s electronic music. But the plants respond to their own sounds and certainly modulate their output. They seem to demonstrate a kind of awareness and preference for certain types of music.

The singing plants and trees of Damanhur have sparked off such a worldwide fascination that the people have started organizing “Plant Concerts”, where musicians perform to the music created by the trees.

Watch this 15-minute YouTube video of a demonstration singing plants while one of Damanhur’s researchers explains the phenomenon. 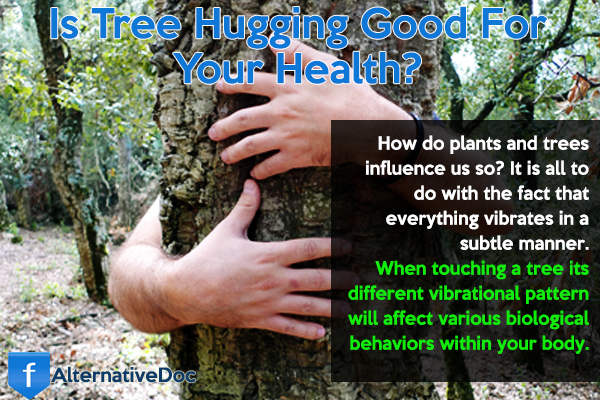