Lyme Disease is The New Syphilis

Before the advent of antibiotics, syphilis was one of the most common infections in the Western World, afflicting up to 10% of the adult populations.

In 1927 Julius Wagner-Jauregg was given the first and only Nobel Prize awarded to a psychiatrist.  This was for work done in 1917 in which Wagner-Jauregg had exposed three neurosyphilitic patients to malaria drawn from the blood of a wounded soldier. The resulting high fever killed the syphilis bacterium, leading to their recovery! Given that there were few cures for anything in 1917, Wagner-Jauregg’s achievement was a milestone in psychiatric and medical science.  There was now a reliable, albeit risky, cure for neurosyphilis.

When I went to med school there was a saying: “To know syphilis is to know medicine,” meaning that the bacterial spirochete responsible for syphilis—a twirling spiral-shaped organism or “spirochete” (see image) called Treponema pallidum—was a great imposter and could mimic almost any medical condition in the textbooks, including major psychiatric disorders.

Indeed, if I had written my Holistic Psychiatry book fifty years ago, syphilis would have had its own chapter as a leading psychiatric and neurological disorder. 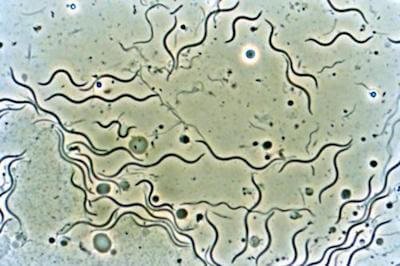 Today, that same description of “the great imposter” or mimic would have to go to Lyme disease and other tick-borne comorbidities. The only real difference is that syphilis is a sexually-transmitted disease (STD); Lyme is a tick-borne infection.

Just like syphilis, Lyme disease is caused by a wriggling spirochete (Borrelia bugdorferi) with a multitude of possible manifestations and, just like syphilis, has 3 identical stages: early with dermatological symptoms, disseminated, and a late stage. The late stages of syphilis were very impressive to the young medical student: general paresis of the insane (GPI), an outrageous grandiose madness; and tabes dorsalis, a progressive paralytic condition, with agonizing pains down the spine and limbs.

Both were sometimes lumped together as neurosyphilis, which may not emerge till up to 20 years after the initial infection, making diagnosis sometimes difficult. For that reason, all medical students were taught that for atypical behavioral and psychiatric symptoms, neurosyphilis should always be considered. I wonder if students are taught that today?

Certainly, syphilis is still with us and continues to be a major global health issue. Worldwide, 36.4 million people were estimated to be infected with Treponema pallidum, and 10.6 million new cases of syphilis were reported in 2008 alone. 1

Bram Stoker (author of Dracula) died of 3rd stage syphilis; Beethoven went deaf due to syphilis (as I said, a great mimic). Maybe Dracula is Stoker’s metaphor for swapping infected blood and descending into damnation? 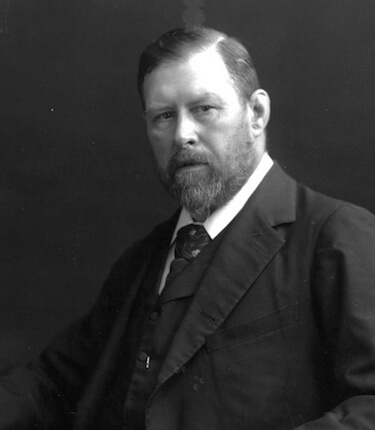 Lyme is not perhaps so cruel in its later stages but there is no doubt whatever it can cause a great deal of confusion and uncertainty, leading to mis-diagnosis and incorrect treatments.

The trouble is that, unlike Treponema pallidum, the causative agent of Lyme disease, Borrelia burgdorferi, can be much more difficult to eliminate, diagnostic testing is less reliable, and interactive copathogens are major contributors in the pathophysiology (for example Babesiosis).

B. burgdorferi is a highly adaptable organism, with 6 times as many genes as T. pallidum and 3 times as many plasmids (loose bits of DNA) as any other bacteria, which allow it to evolve rapid genetic adaptations.

It is an arch stealth pathogen that can evade the immune system and pathophysiological defense mechanisms. Knowingly or not, most psychiatrists have at some point been perplexed by patients with late-stage psychiatric manifestations of Lyme borreliosis. 2

The classic patient is an individual who did not have psychosomatic symptoms in the past and was not hypochondriacal, now complains of an increasing number of somatic, cognitive, neurological, and psychiatric symptoms. Although Lyme disease may be suspected, the laboratory tests available to most clinicians often lack sensitivity and thus are read as negative for Lyme disease. Fibromyalgia, chronic fatigue syndrome, or multiple sclerosis (MS) may be erroneously diagnosed instead. The wrong diagnosis can never lead to the right outcome!

In keeping with the rest of my writings, it is good to remind readers that most common human diseases, including neuro-psychiatric disorders, are caused by the interaction of environmental insults (overload) and genes (susceptibility), that frequently results in a pathological interaction including inflammation, oxidative stress, mitochondrial dysfunction, and excitotoxicity, which in turn can lead to brain dysfunction.3

Obviously successful treatment starts with a correct diagnosis. Getting the right label may be difficult and patients face much hostility and are suspected of malingering, psychosomatic weakness, hypochondria and hysteria (whatever that is!)

But if you or your family member can wade diligently through the obstacles thrown in your path, you should get a result. B. bugdorferi and other stealth pathogens, whether classical in presentation, or appearing as a strange and bizarre psychiatric condition, can be vanquished. Antibiotics commonly used for oral treatment include doxycycline, amoxicillin, or cefuroxime axetil. Patients with certain neurological or cardiac forms of illness may require intravenous treatment with drugs such as ceftriaxone or penicillin.4

Antimicrobials alone are rarely sufficient. It is vital to co-treat all aspects of immunity, overload and psychological burdens. Any sort of unburdening will benefit the fight against stealth pathogens, be they viral, bacterial or other classes of pathogen (eg. mycoplasmas).

TO FINISH: Some clinicians still believe that there is no late-stage encephalopathy in Lyme disease and maintain the original, highly restrictive definition of the disease from 1975. This is naïve at best and abusive in most contexts. The fact is that many reports have discussed the expanded complexity of the clinical presentations and pathophysiology, and the role of tick-borne and non-tick-borne interactive co-infections.

“Lyme neuropsychiatry” (a neologism I just made up) is here to stay. 5

Remember, I am talking true Lyme disease, not just “I’m really fatigued and depressed it must be Lyme”. There are many other causes of fibromyalgia (myalgic encephalomyelitis).

I hope you never suffer with any of the above!