We hear a lot about so-called “medical marijuana” these days. It’s repeated often enough that people are starting to believe in it.

You won’t hear this term spoken in my house! Nor will you smell the disgusting odor anywhere in my personal space. I have gotten up and walked out when people start with drugs and will continue to do so.

It’s a trick, a sleight of hand, that a toxic and dangerous drug substance that has destroyed 100,000s of lives (if not millions), is now suddenly a healing miracle!

Thing is, most of the people peddling medical marijuana for pain have no medical training or knowledge; not even a first aid certificate. They just want to sell drugs and they have been handed, on a plate, a legitimate fast track to do so. Doubtless the Mexican drug cartels have given up street fighting and just simply bought themselves a weed shop in Colorado, Nevada, California and other legalized states.

It’s less dangerous and probably more profitable (if you factor in the costs of funerals, bullet-proof cars, etc. as a cost of doing illegal drug running).

It is all supposed to hinge on the fact that removing the THC content of marijuana makes this wicked stuff totally safe. There’s no evidence of that. It may be true that the psychedelic effect is lessened. That’s a million miles from saying it’s safe for humans.

All I know is that, over the decades, I saw numerous individuals react violently to cannabis and some even went psychotic, never to recover. This was clearly a type of brain allergy or neurological maladaptation.

I tried to get permission from the British Home Office (the equivalent of the DEA) to study its medical and allergic effects. The bureau-rats said no. They could have done the human race a lot of good by letting me start to accumulate evidence of its potentially-damaging nature.

Instead, the only “evidence” we have of the true harm of cannabis is the large number of individuals who can’t speak their own name intelligibly.

Now suddenly it’s everywhere. We can’t sit by the pool, because the neighbors belch this filth into the air and it comes over the wall into our yard. It’s a pity that the legislators didn’t take steps to protect us non-indulgers from the side-action of the smoke.

Plus Vivien has rightly pointed out the horrors of having a half-crazed population, smoking dope and then driving round the streets, half out of their wits, and creating great danger to the rest of us.

The Call For Doctors To “Support” Medical Marijuana for Pain 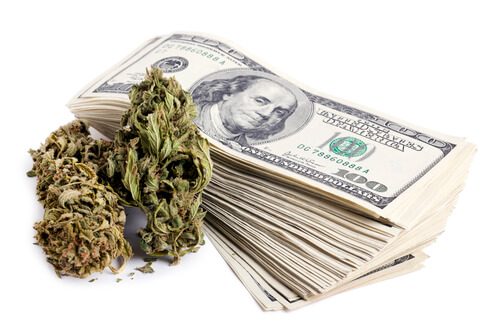 Now the hue and cry has gone out that doctors should quit resisting and follow the lead into the New Dawn of a glorious age of freedom, or what they cutely term “Safe Access” (neatly designed to imply there is no problem, it’s proven safe).

Healthcare providers need more education and openness about the role of medical cannabis for treating chronic pain, including possible combinations with prescription opioids, advocates are saying.

“It really goes at the heart of educating physicians. Opioids with cannabis can be a much better tool for fighting pain [than opioids alone], and doctors should have that option,” said Steph Sherer, executive director of Americans for Safe Access (ASA) at the ASA annual meeting on medical cannabis.

“No evidence exists of opioid-cannabis interactions,” said neurologist and pharmacology researcher Ethan Russo, MD. “It’s clear cannabis can be used with opioids” even for patients with medical dependency, he said, although a close follow-up of patients is “mandatory.”

It’s not clear to me how you are supposed to see any effect from cannabis, on top of being blown out of your mind by opioids. This is all part of blowing smoke and fooling the public. Just because none see it doesn’t mean there isn’t any.

Now the National Academies of Health and Medicine published a review that found “conclusive or substantial” evidence that cannabis can treat chronic pain.

“The future of pain medicine may be a high dose of cannabis and a low dose of opioids,” said Stuart Titus, PhD, president of Medical Marijuana Inc., at another ASA presentation.

Not if I can stop it.

I’m even a little suspicious that this is, in part, in order to continue the process of prescribing expensive but worthless opioids to “treat” chronic pain.

What’s missing here is a clear statement that there is no science: Marijuana for any reason is still highly illegal at the federal level. THERE IS NO MEANINGFUL SCIENCE.

The ASA—which for all I know could be a front for the Sinaloa Cartel in Mexico—recommends state laws include chronic pain as a qualifying condition for medicinal cannabis, and wants medical boards promote medicinal cannabis education (according to a report issued in August 2016).

A Better Answer For Pain 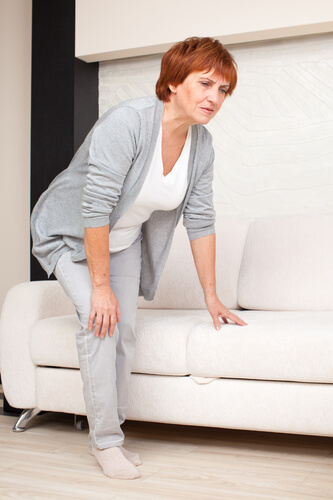 The fact that this one-sided debate is going on at all is a clear sign of the fact that orthodox medicine cannot deal with pain. It has NO answers.

Patients are prescribed heavier and heavier doses of “pain relieving” drugs, such as dangerous opiates, which do nothing at all about the condition which led to the pain in the first place.

I repeat: orthodox medicine is helpless when faced with pain. Apart from knocking the patient unconscious, as with an anesthetic, doctors have no workable model of pain or pain treatment.

How do we reduce inflammation? Is it easy? Aw well, now you ask, there are only quite a few hundred, if not a few thousand, holistic remedies that will effectively deal with inflammation.

First comes diet. Stop eating highly inflammatory foods and your body will love it. Anyone with pain, such as arthritis, who smokes and eats junk food, with sugar, corn, MSG and other denatured foods, but then wants to take a pain killer is acting as an indescribable fool!

The lifestyle is causing the pain! Change it!

If, like my readers, you are a much more careful person, looking after your body, but you still have pain issues (or someone close to you does), then you need my holistic pain manual: THE ULTIMATE GUIDE TO NATURAL PAIN RELIEF 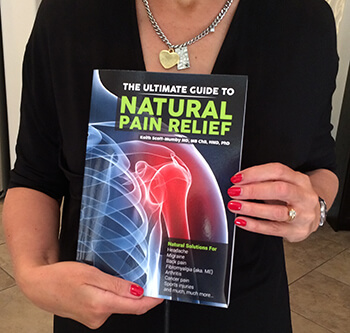 It’s a tour through the best of the many holistic solutions to pain and will serve you immeasurably well in the years to come. Don’t be a dope. Don’t be without this book!

One of the very best treatments I feature in this book is micro-current therapy (formerly called SCENAR technology). It’s probably the most powerful pain relief treatment modality I know. These days we use stimulation of the vagus nerve to quench inflammation virtually everywhere in the body. I’ve seen it work near-miracles.

Ozone therapy is another one. Click here to get yourself a copy >>

You should know about these effective and TOTALLY SAFE therapies. Prescribing opiates while these treatments are available as alternatives is, in my view, total mal-practice.

And it’s going through the roof. The overdose death rate in 2008 was nearly four times the 1999 rate; sales of prescription pain relievers in 2010 were four times those in 1999.

Prescription pain reliever overdose deaths among women increased more than 400% from 1999 to 2010, compared to 237% among men.1

There is better out there. Make sure you are part of the PROVEN safe pain management experience and not trapped by the wild and UNSCIENTIFIC group, peddling drugs, drugs and more drugs.