Those who are new to this list may not follow my joke: I Told ‘Em! is one of those stories where I was saying it over 30 years ago and is has just recently been “discovered”! Often I was scolded or derided at the time–and then science came around to prove that what I was saying is true–and was true, all along.

This time we are back to how bad milk is for us humans: yes, even raw milk, which many folks can’t get their head round. They just LOVE the raw milk propaganda and cannot be swayed by mere facts.

In this instance, I have pointed out in just about every book I wrote since 1985 that milk causes osteoporosis. It’s simple, if you ask the right questions: US women have the highest intake of dairy produce in the world; they also have the highest rate of hip fractures (more women die of fracture of the neck of femur than die of breast cancer!) Chinese women do not drink milk and the disease osteoporosis is virtually unknown.

The sad truth is that milk actually causes malabsorption. It LOWERS calcium levels and leads to osteoporosis. 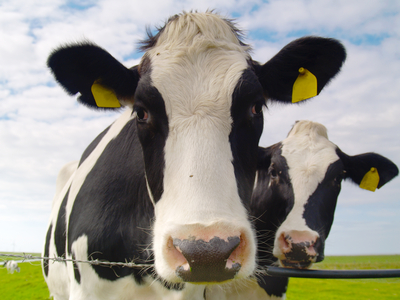 Forget the calcium myth: as I’ve joked for 40 years, if that worked then you could cure iron-deficiency anemia by having people just lick screws and nails!

Calcium in your mouth does NOT equal calcium in the blood. It just isn’t bio-available.

Milk is so toxic to humans (I’m talking about cow’s; not goat’s or breast milk) that it corrupts the gut lining.

Milk is NOT nourishing, milk is anti-nutritional. It’s all a myth, perpetuated by government bodies, out to protect the farmers’ profits by killing you.

REFERENCES: “Consumption of dairy products, particularly at age 20 years, was associated with an increased risk of hip fracture in old age.” (“Case-Control Study of Risk Factors for Hip Fractures in the Elderly”. American Journal of Epidemiology. Vol. 139, No. 5, 1994).

“These data do not support the hypothesis that higher consumption of milk or other food sources of calcium by adult women protects against hip or forearm fractures.” (Feskanich D, Willett WC, Stampfer MJ, Colditz GA. Milk, dietary calcium, and bone fractures in women: a 12-year prospective study. American Journal of Public Health. 1997).

Anyway, go here and download my booklet on Osteoporosis, if you don’t already have it. It’s FREE; so why not? Click here to download it now. (Be sure and right click and choose “Save as” or “Save target as..”)