Pain is the number one reason people go to the doctor. Why? Doctors don’t know much about healing! They just dish out painkillers and don’t know how to solve anything. In fact a doctor is the last person I would go to, if I was in pain.

You only need to read about the opioid crisis to realize there is something very wrong with the orthodox management of pain. What you are seeing is corporate greed on display and plain, old-fashioned ignorance from the majority of doctors.

I’m very disappointed in my profession today. The average doctor is lazy, ignorant, unsympathetic and, yes, even abusive. I know of patients being shouted at by an oncologist, because they ask questions. That’s gross.

But nowhere is laziness and ignorance more on view than when it comes to pain. The doctor is writing a script for painkillers before the patient has even finished describing their distress!

What is scientific about this jumping around? It’s not even a scientific method. It’s just muddling along, with guesswork and prejudice. It’s a joke to call it scientific or evidence-based (that’s another favorite scam label).

Of course it’s natural for painkillers to escalate. Because meds A doesn’t work, the doctor will prescribe “stronger” meds B, and so it goes on, until inevitably opioids (opiates) become the final choice. And then, when there is nothing stronger, the doctor starts upping the dose.

It still doesn’t work, so the patient takes more than is safe and maybe dies. Michael Jackson, to be fair, probably killed himself by taking too much propofol (a hypnotic drug used for general anesthesia, sedation and in veterinary medicine) along with lidocaine anesthetic and a bevy of other drugs. He went far beyond what was prescribed, that’s for sure.

But then the doctor, Conrad Murray MD, should have been alert to the fact that a mentally unstable patient was already doing that. A recording was heard in court that Jackson’s speech was much slurred.

But, hey, Michael Jackson is just a celebrity casualty—a bit like Elvis Presley—too big to refuse or argue with! His case is in no way sadder or more mournful than the other 29,000 US yearly opioid overdose deaths (over 120,000 for the world)

The question I come back to is: WHY? Why take pain killers? Pain is Nature’s way of calling attention to a problem. WHY NOT FIX THE PROBLEM?

All pain ultimately is inflammation. Inflammation is a fiery condition of the tissues, featuring pain, swelling, redness and loss of function. There is ALWAYS a reason for pain. It needs to be investigated and cured (solved). The actual symptom of pain can be turned off by addressing the inflammation. Even omega-3s can work better than most drugs—because they tackle the inflammation—not by tuning out the pain.

OK, a dental abscess can be miserably painful (ouch!) Take a few aspirin or paracetomol (Tylenol) till the dentist relieves the pressure in the bone, or antibiotics start to work, if that’s the way you choose to go. But if you had, say, an Avazzia Life microcurrent therapy device in your medicine cupboard (you should have!) you can encourage faster healing without the use of any painkiller or drugs.

Opioids are definitely not needed. But of course the pharmaceutical industry doesn’t want you cured. They want the pain to go on and on and on… forever! Because that means you’ll be buying painkillers for the rest of your life!

Think of the profits on that!

If you really want to avoid this crazy mismanagement trap, or get out of it if you are already in the loop, you should get a copy of my book on real pain management The Ultimate Guide To Natural Pain Relief. You could save a lot of misery in your household.

In this book you’ll learn health secrets you will NEVER hear from the average doctor. He/she doesn’t even know what Homotoxicology is, or neural field therapy, myofascial trigger points or Biopuncture. And don’t forget herbs, enzymes (bromelain and papain), cold lasers, prolotherapy and hypnotherapy, to name just a few.

As for acupuncture, there are still doctors out there, screaming it’s a fraud and doctors who claim it works should be jailed (oh, yes, that was on MedScape recently). That’s despite the fact that major operations are regularly carried out with no anesthetic, other than this “fraud” with needles!

Time for another book for your home library, perhaps? 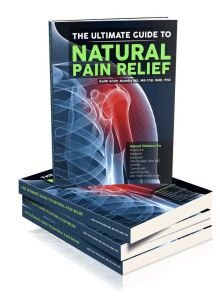 There may be other very important ways to beat inflammation you may not think of! For example, being overweight is highly inflammatory. Did you know that?

Belly fat is inflammatory in nature, but the inflammation can strike anywhere in the body. I know people with miserable backache, needing to take painkillers (they suppose), where it just turned out to be diet and inflammation. The person took care, lost weight and the back pain was totally nixed. No more painkillers! THAT’S the kind of solution I advocate.

See, if you are overweight it puts pressure on your joints. Not just the knees and ankles, though obviously they have to support the extra weight. That’s to miss the whole point of a dynamic skeleton. Med students are used to seeing the skeleton as a box of bits (I had one). From such a perspective it’s hard to picture the working skeleton as a dynamic balanced whole.

But that’s the truth of it.

Leaning back a little because of a big belly will cause your entire spine to creak in a way that is not natural. Women with extra large breasts are well aware of this leaning backache effect and sometimes seek to have their breasts reduced (sorry guys!)

Thing is, it all hangs together. You eat RIGHT and you feel good, lose weight and eliminate pain. It’s a fab formula (deliberate echo of the Beatles there!) That’s where my masterpiece DIET WISE comes in. But I don’t want to be boring by being repetitious. I’d rather steer you towards my latest “science of weight loss” book.

It’s not just another slimming plan (yawn). It’s about the understanding and management of healthy weight by being aware of the many factors which influence weight gain. It’s no longer enough to point to people who are fat and do “fat shaming”, I think it’s called, and suppose they are greedy guzzlers.

All of us are subject to malign influences (largely from big business cartels, it has to be said) that make saying slim very difficult. In fact impossible, if you don’t know what you are up against. For example our environment is now heavily polluted by “obesogens”, foreign chemicals which promote obesity. Glutamates, which are added to our foods deliberately (to get us addicted), actually cause weight gain in their own right. By that I mean two people eating an identical diet, calorie for calorie, one with MSG in the food will gain weight, the other not.

Then there are genes. It started with the so-called “fatso gene” (FTO) discovered 10 years ago but now there are a dozen other genetic influences. They can be tuned out—but you have to know how. 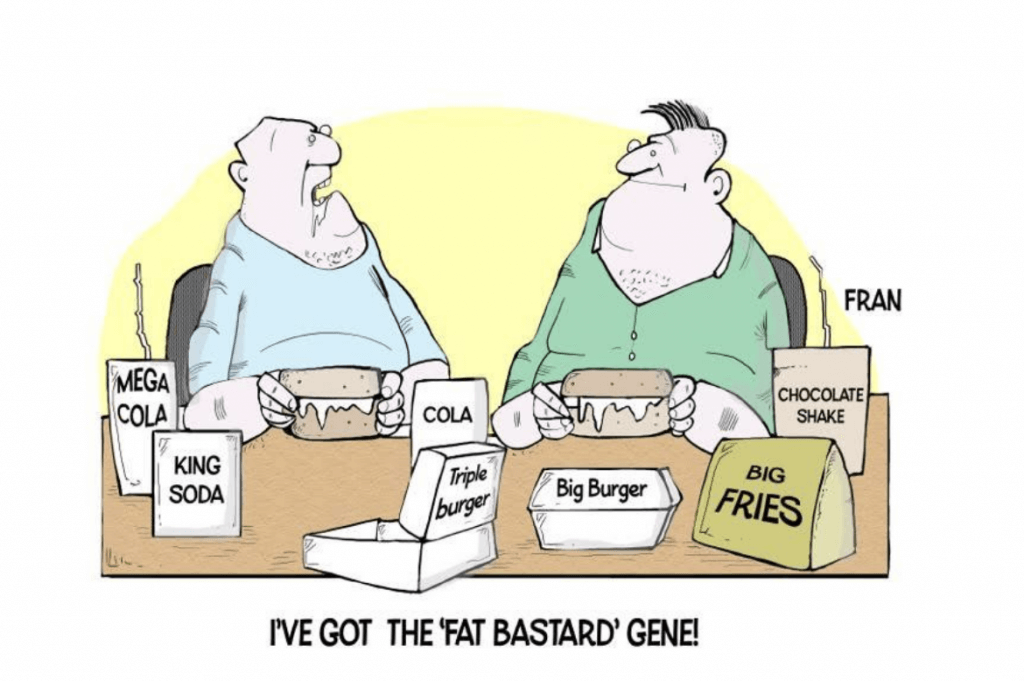 There is a host of other factors, like methylation, that affect how your metabolism works. And, as a teaser, let me tell you there is one surprise biological factor that may be the MOST IMPORTANT influence of all in weight gain. You’ll have to get the book to find out what it is! But I’ll give you a clue: antibiotics are used by farmers to promote weight gain in cattle and other livestock… 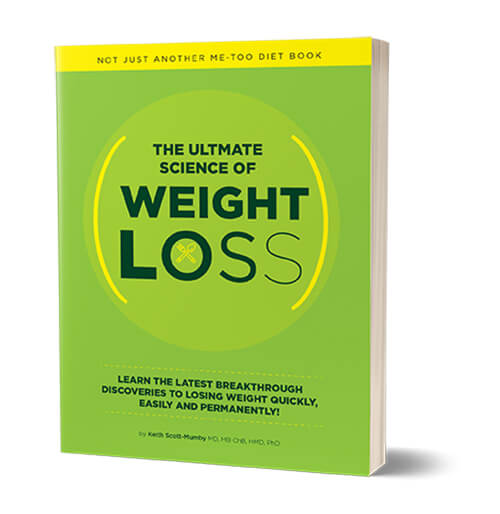 If you already have both books, good luck to you. I hope you found this refresher useful.