Not many of my subscribers know I was Associate Professor of Psychiatry at the now-demised Capital University of Integrative Medicine in Washington DC (a brave end-of-the-millennium experiment that was doomed by the Big Pharma hoods, almost from day one!)

Truth is, I learned most of my psychology and psychiatry in the fields of nutrition, food allergies and, to a certain extent, from Buddhist and Zen sources. Very early on I came to realize that over 95% of “mental illness” isn’t mental at all!

The person is physically unwell and mental symptoms predominate. That’s all. So for example, hormone imbalances can drive a woman crazy, inflammation leads to depression, food allergies can cause almost any mental disturbance, from ADD and ADHD to schizophrenia and sugar/caffeine addiction leads to anxiety states.

And don’t get me going on mis-nutrition and vitamin deficiencies. Low-fat and fat-free diets will get you into dementia in a few short years (the brain is over 50% fat, for Gawd’s sake!) Inferior B-vitamin status can cause depression, anxiety, schizophrenia (esp. B3 deficiency). Tension and anxiety are benefitted by nature’s own tranquillizers, magnesium, GABA and inositol…

I could go on and on. Let me repeat the general principles, which are as follows:

I wrote all this up in a vast book called initially Transforming Mental Health and now re-christened as Psychiatry Without Drugs. 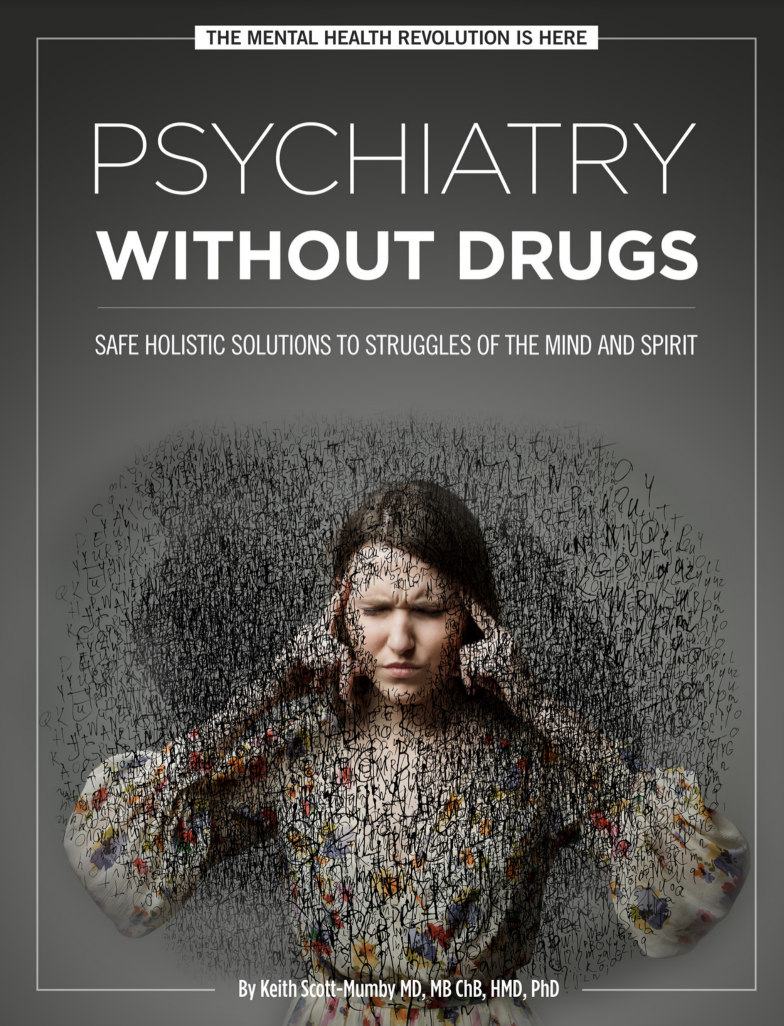 In it I reveal the destructive fraud and criminality of psychiatry. It’s a hoax with almost no standard tests with which to detect real conditions. A psychiatric diagnosis is nothing more than off-the-wall opinion (which is why you can go to one psychiatrist and be told you are suffering from depression, another will say anxiety-neurosis, a third will say you have symptoms suggestive of schizophrenia and a fourth will say “You’re getting old, what do you expect?”).

But it’s worse than that. Psychiatrists are sicker than many of their patients. People get KILLED routinely in psychiatric care centers. Patients may be restrained and then tortured (or sat on by a fat nurse and killed, in one of the many examples I cite).

A psychiatrist even lied about the status of a colleague who had criticized his methods and had her committed! Eventually she won back her freedom. But what kind of beast would do such a thing?

SSRIs Are A Fraud

The worst story I reveal is the lying and fraud around SSRI anti-depressants. They are dangerous drugs that don’t work, are backed by fraudulent science and the FDA ignored danger warnings from the get go, about suicide and extreme (murderous) violence.

So now we have routine mass shootings, almost all of which can be traced to psychiatric medicines, especially SSRIs, that the killer is taking. It’s one of the known side effects! But of course that inconvenient fact is now being suppressed, because it could affect sales.

Rock-star psychiatrist Peter Breggin MD reported, even given the blatant  manipulation of figures by the pharmaceutical industry, they still had trouble showing any kind of benefit for anti-depressants.

SSRIs are claimed to raise serotonin levels, and so tackle depression. But distinguished doctors (and myself) have argued for years that the evidence for this claim is weak to non-existent.

Other experts have said that the unpleasant side-effects of SSRI ‘antidepressants’ can be severe, and that many who take them undergo pain and misery if they decide to stop doing so.

“As a major study overturns decades of received wisdom that depression is caused by a lack of serotonin in the brain, the verdict of science is now clear – our unhealthy obsession with antidepressants must end.”

Note the phrase “received wisdom”. There has not been one shred of evidence, of any kind, ever, that serotonin deficiency is the cause of depression. NO SCIENCE, yet doctors, nurses and scientific pseuds go on mouthing this claptrap as if it were a well-established truth.

Again quoting Hitchens (same article): “In a society which claims to be based on science, and which often comes close to the actual worship of scientists, we actually only listen to scientists if we want to.”

The study referred to in the Daily Mail article is one published in Molecular Psychiatry by Professor Joanna Moncrieff, a consultant psychiatrist who led the study. She stated bluntly: ‘After a vast amount of research over decades, there is no convincing evidence depression is caused by serotonin abnormalities, particularly by lower levels or reduced activity of serotonin.’

Using language of quite devastating force, this distinguished doctor drove home her message, which was based on the analysis of studies involving tens of thousands of patients.

Thousands of people suffer from side-effects of antidepressants, including the severe withdrawal effects that can occur when people try to stop them, yet prescription rates continue to rise. We believe this has been driven partly by the false belief depression is due to a chemical imbalance. It is high time to inform the public that this belief is not grounded in science.’

As long ago as 2010, the psychology professor (and placebo expert) Irving Kirsch used U.S. freedom of information laws to unearth unpublished experimental records of antidepressant trials. He found the difference between sugar pills and real drugs was statistically so small as to be meaningless. He concluded, in his book The Emperor’s New Drugs that: ‘It seems beyond question that the traditional account of depression as a chemical imbalance in the brain is simply wrong.’

Not only that, I would add, but known to be wrong and maintained fraudulently by convenient industry-wide lies.

Now they are coming after the kids, to get them slaves (not addicts, slaves) to this class of drugs. Already 1 in 12 children are on psychiatric drugs, including 1.2 percent of pre-schoolers and 12.9 percent of 12- to 17-year-olds!

Don’t let them get away with this. WE ARE ALL RESPONSIBLE and ignorance is no excuse for doing nothing.

You need to get my book and read every harrowing word. You’ll learn more medicine between its covers—and more about the medical and psychiatric profession—than with any book I have written to date.

Go here and order a copy. Use the code NOMINDCONTROL (cut and paste it), to get a $10 discount 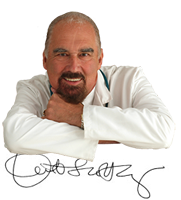 PS. The facts could hardly be clearer. Yet the Times, which published this news prominently, also printed an astonishing editorial, toadying to Big Pharma, under the headline: ‘Antidepressant medication works, even if the mechanism is not yet clear.’

Of course they produce no evidence for their claim (how could they? It’s a lie).

Go here and order a copy. Use the code NOMINDCONTROL (cut and paste it), to get a $10 discount