Re-introducing Foods – This is Vital 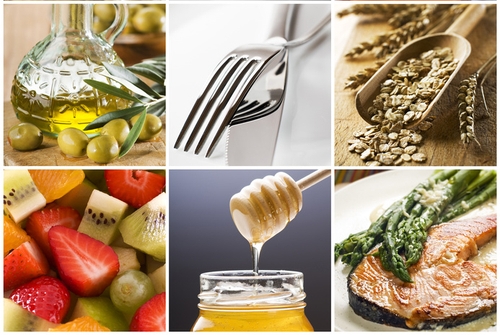 In my last post, we talked about Fasting.  In this post, I want to talk about re-introducing foods back into your diet.

As soon as you feel well on an elimination regime, you can begin testing, although you must not do so before the four day unmasking period has elapsed. Allow longer if you have been constipated.

Of course, you may never improve on an elimination diet. The problem may be something else, not a food. In that case, when three weeks (maximum) have elapsed on the simple elimination diet, two weeks on the Eight Foods Diet, or seven days on a fast, then you must begin re-introducing foods. This is vital. It is not enough to feel well on a very restricted diet; we want to know why? What are the culprits? These are the foods you must avoid long-term, not all those which are banned at the beginning.

Even if you don’t feel well, as already pointed out, this does not prove you have no allergies amongst the foods you gave up. Test the foods as you re-introduce them, anyway – you may be in for a surprise

My recommended procedure is as follows, except for those coming off a fast:

Eat a substantial helping of the food, preferably on its own for the first exposure. Lunch is the ideal meal for this.

Choose only whole, single foods, not mixtures and recipes. Try to get supplies that have not been chemically treated in any way.

Wait several hours to see if there is an immediate reaction, and if not, eat some more of the along with a typical ordinary evening meal.

You may eat a third, or fourth, portion if you want, to be sure.

Take your resting pulse (sit still for two minutes) before, and several times during the first 90 minutes alter the first exposure to the food. A rise of ten or more beats in the RESTING pulse is a fairly reliable sign of an allergy. However no change in the pulse it does not mean the food is safe, unless symptoms are absent also.

If you do experience an unpleasant reaction, take Epsom salts. Also, alkali salts (a mixture of two parts sodium bicarbonate to one part potassium bicarbonate: one teaspoonful in a few ounces of lukewarm water) should help. Discontinue further tests until symptoms have abated once more. This is very important, as you cannot properly test when symptoms are already present; you are looking for foods which trigger symptoms.

Using the above approach, you should be able to reliably test one food a day, minimum. Go rapidly if all is well, because the longer you stay off a food, the more the allergy (if there is one) will tend to die down and you may miss it.

Occasionally, patients experience a ‘build up’ which causes confusion and sometimes failure Suspect this if you felt better on an exclusion diet, but you gradually became ill again when re-introducing foods, and can’t really say why. Perhaps there were no noticeable reactions.

In that case, eliminate all the foods you have re-introduced until your symptoms clear again, then re-introduce them more slowly. This time, eat the foods steadily, several times a day for three to four days before making up your mind. It is unlikely that one will slip the net with this approach.

Once you have accepted a food as safe, of course you must then stop eating it so frequently, otherwise it may become an allergy. Eat it once a day at most – only every four days when you have enough ‘safe’ foods to accomplish this.