Throughout the Western world one of the prime statistics, if not THE statistic, by which the state of public health is judged, is so-called “infant mortality”.

Infant mortality rate (IMR) is the number of deaths per 1,000 live births of children under one year of age.

Now, we’re mostly Boomers on my list of subscribers, I know. But it’s still important to be aware of the overall health of our society.

The USA, if you are interested, is 45th down in the table of countries. Japan is 4th and France 8th.1

Another very important measure of medical competence, if you like, is the number of women who die in childbirth. It used to be HORRENDOUS; I mean, unthinkable. Childbirth was so dangerous that in Renaissance times a woman of means would make out her will as soon as she found out she was pregnant.

One of the world’s greatest women scientists, Émilie du Châtelet (more exactly Gabrielle Émilie Le Tonnelier de Breteuil, Marquise Du Châtelet ), lover of Voltaire, and who translated Newton’s Principia into French (still the standard text today), died tragically in childbirth at the age of 43. Voltaire was inconsolable but the world too lost one of the wittiest and most educated women in history. 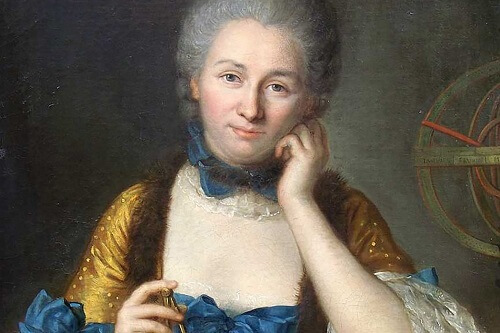 Women basically had to choose between biology or brains and literally gamble their lives.

A woman’s chances of dying during childbirth ran at 1 – 2% for each birth. So if she gave birth to eight or ten children (quite usual), her chances of eventually dying in childbirth were pretty high. Medical attendants (usually with priests meddling in the wings somewhere) routinely asked the poor husband which he wanted saved, if it came to it, the mother or the child. He was supposed to say “the child”.

The age-old method of birth control was extended breastfeeding, which is nature’s way of spacing out children. While the mother is breast feeding, she is far less likely to conceive again. This worked against the upper classes, who would farm out their baby for wet nursing (breast feeding by a woman who is not the biological mother). They got pregnant again quicker and thus had more children on average.

The two main causes of death were blood loss and infections. Puerperal sepsis, as it was called, meant septicemia as a result of microbes gaining entrance through the emptied womb which was, by and large, a raw, bloody sack. Puerperal sepsis  was almost uniformly fatal until the rise of antibiotics. Hungarian doctor Ignaz Semmelweis (1818-1865), God bless him, was called “the savior of mothers”, because he demanded his colleagues wash their hands before approaching women who were lying in or confined (do you guys still use this old jargon?!)

For that service to humankind, which saved many lives, Semmelweis was of course awarded the Nobel prize for medicine. Oh no, wait a minute… no he wasn’t. He was attacked mercilessly, scorned, shunned and derided, by ignorant, brutal doctors who didn’t WANT to wash their hands, until poor Semmelweis finally went mad and was committed to an asylum, where he died at age 47, after being beaten savagely by the guards, only 14 days after he was committed (not much detectable change in the psychiatric profession since). 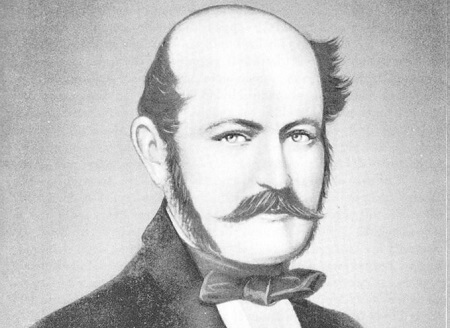 A famous victim of puerperal fever was Mary Wollstonecraft, mother of Mary Shelley, the author of the novel Frankenstein. In 1797 she gave birth to her daughter Mary with the assistance of a midwife. But then a doctor was called to help remove the placenta and he came quickly, yes, with unwashed hands. The infection was inevitable. Wollstonecraft died a painful but typical death over the next week.2

The other big nightmare complication at birth is peri-partum hemorrhage (meaning blood loss at or around the moment of birth). If a placenta is in the wrong position or comes adrift at the wrong moment, the resulting hemorrhage can be sudden, catastrophic and fatal. In my younger days, I have seen a woman lose nearly half her blood volume in minutes, while waiting for the “flying squad”.

Apparently the first episode of “Call The Midwife” featured a flying squad emergency (I didn’t see it). 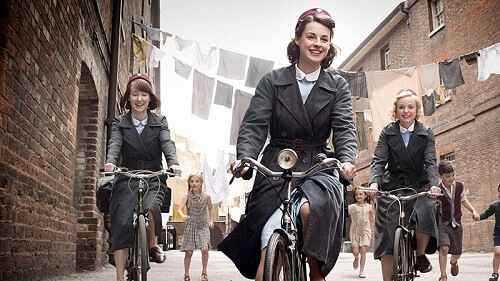 The idea of having an Obstetric Flying Squad was first suggested by Professor E Farquhar Murray who wrote that, “instead of rushing a shocked and collapsed patient to hospital for nursing and specialist aid, the specialist and nurse should be rushed to the patient”.3 Even so, they were often too late.

The dangers of peri-partum hemorrhage are why I NEVER compromise on “natural childbirth”. It’s an outmoded dogma that abuses and hurts women, while pretending to give them “freedom” and dignity. There’s nothing dignified about being wheeled out to the ambulance with a man’s hand shoved up your vagina, trying to hold everything together.

Fortunately those days are passed. Statistics make it abundantly clear that home births continue to be very dangerous, compared to hospital admission. The rest, I’m sorry to say, is just gender politics.

To reinforce these points, I’m sad to report that maternal mortality statistics are once again on the rise. Perhaps some of that rise is due to a small cadre of midwives getting carried away with natural childbirth dogma. One “over-zealous” group in the north of England who found themselves dubbed “the musketeers”, imposed the natural childbirth approach “at any cost”; refused to call doctors when needed; and then colluded to conceal their negligence.

Here in the United States, where a considerable number of women die from, or continue to experience, pregnancy-related complications, the causes of the rise are clearly more complex. We are shamed by the “highest rate of maternal mortality in the industrialized world.” In the United States, the maternal death rate averaged 9.1 maternal deaths per 100,000 live births during the years 1979–1986, but then rose rapidly to 14 per 100,000 in 2000 and 17.8 per 100,000 in 2009.4

The extraordinary thing is that, despite the gazillions spent on health care each year, we just haven’t got it right at that most crucial moment of life: it’s birth.

You’d think it was the most natural thing in the world. But due to out-of-condition bodies, wretched diets and absurd and unrealistic expectations, women of the Western world continue to find it a trauma to give birth. They don’t all scream and yell, as portrayed in the movies, it’s true. But the experience is nothing like that of native women, who simply squat down in the dust, drop the sprog (English silly upper class expression!) and expel the placenta very soon afterwards. 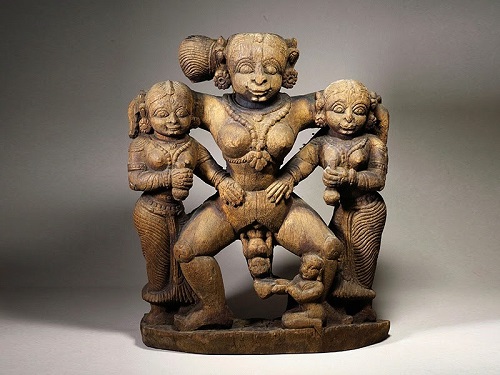 Carving from India of the “birth squat”

And you know what I noticed in those months I was delivering my “quota” as a medical student? That almost immediately after the pain and strain, the woman had completely forgotten her ordeal. Love of the newborn, no doubt mixed with plenty of oxytocin, the “love hormone” released in prodigious quantities during birth, and she’s ready to go again!

It’s probably nature’s clever anesthesia. Otherwise I don’t believe most women would ever want to get pregnant twice!