An Often-Forgotten But Important Brain Nutrient

Inositol, is a Cinderella nutrient but very important for brain health, because of its relationship to neurotransmitters (brain signaling molecules), especially serotonin (the “happy” molecule).

More precisely known as myo-inositol, it is a vitamin-like substance (part of B complex) and is actually a carbon-ring sugar, that is abundant in brain and other mammalian tissues. Its chemical formula is exactly the same as glucose: C6H12O6. But it does not have the same spatial structure as glucose (Wiki). 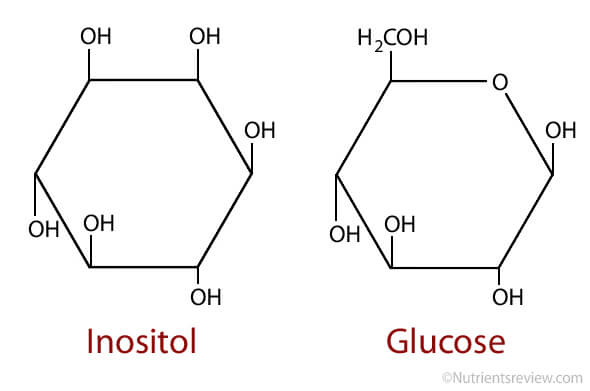 First discovered in 1849, it wasn’t until the 1980s we began to understand its place in health. Scientists studied it but, stupidly, never extrapolated from their own research and actually recommend its clinical use (not surprising, since the research money is there to find new drug approaches, not come up with cheap alternatives to their obscene profits).

Inositol deficiency is bad news and has been shown in animals to produce an accumulation of triglyceride in liver, intestinal lipodystrophy, and other metabolic abnormalities. Altered metabolism of inositol has been documented in patients with diabetes mellitus, chronic renal failure, galactosemia, and multiple sclerosis.1

Inositol is a “second messenger of serotonin”. Second messengers are molecules that relay signals received at receptors on the cell surface and send them inside but serve to greatly amplify the strength of the signal. [Wiki, Dec 31, 2020]

Inositol may therefore be helpful for some states of depression, anxiety, panic attacks, agoraphobia and PMDD but is not beneficial in schizophrenia, Alzheimer’s, ADDH, autism or ECT-induced cognitive impairment, where serotonin levels are thought to be irrelevant to the fundamental mechanism of the condition.2

In general we can say that if SSRIs benefit the patient’s mental state, inositol will probably help. And of course it is far less dangerous. There are no known side-effects to inositol, unlike those with SSRIs, which include disorientation, seizures, self-harming, murderous aggression (mass shootings!) and suicidal tendencies.

If you have one of the following conditions, it’s worth trying inositol. As an extra benefit, it may mean you can reduce or come off your medication.

Lizzie Borden probably suffered from PMDD, a severe form of PMS. She murdered her mother and father with an axe. “Lizzie Borden took an axe and gave her mother forty whacks; when she saw what she had done, she gave her father forty-one”! [children’s rhyme]

Maybe inositol could have saved a couple of lives? 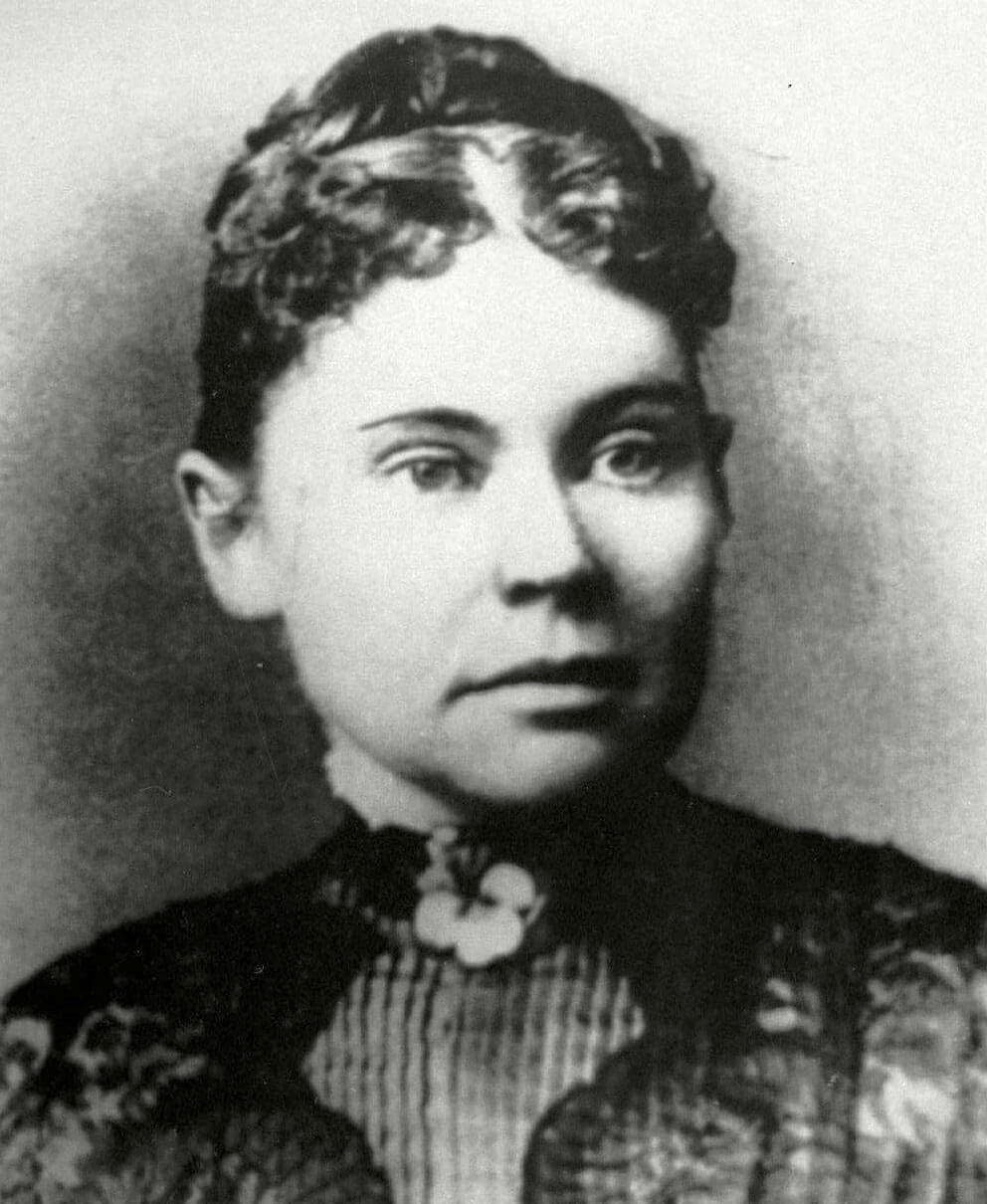 Portrait of Lizzie Borden 1890. She was not hanged, on medical grounds

Researchers have found reduced levels of inositol in the spinal fluid of depressed patients.3

In one study, 11 people with treatment-resistant depression took 6 grams of inositol every day for four weeks, and nine of them experienced major improvements in their mood.4

Inositol levels in the brain have also been shown to be lower in people with several other neuropsychiatric conditions.5

Moreover, there is significantly less inositol than normal in brain samples of suicide victims.6

However, that doesn’t automatically mean that SSRIs are the right treatment. There are potential severe reactions to these medicines, as noted above, and there is still substantial doubt as to whether they do any good at all. Former Harvard professor Peter R. Breggin MD is on record as saying that even with the tendency of Big Pharma to manipulate and fudge the results in drug trials, they still had great difficulty in demonstrating any real benefit.

In a 2020 interview with Steven F. Hotze MD, Breggin pointed out that antidepressants don’t actually make patients cheerful, they merely blunt emotions, so they feel nothing at all.7

It’s often said that about one in 100 people experiences severe side-effects as a result of taking SSRIs. Many experts, however, now believe many more people than was previously thought are suffering negative consequences.

Prof David Healy, from the psychiatric unit at Bangor University, believes the drugs make “one in four people become more anxious, rather than less”.

“Some people become very agitated and some go on from that to become suicidal,” he says.

“The drugs can become the problem that they’re then used to treat.” [BBC website]

Despite all of this research, you’ll still find the naysayers. They are often rewarded (by Big Pharma) for trashing cheap alternatives to expensive medications, as for example in this one meta-analysis concluding that “it is currently unclear whether or not inositol is of benefit in the treatment of depression”.8

A meta-analysis means a vicious tool in which “researchers” are able to rework the raw figures to “prove” something doesn’t work, by not including in the calculations all the successful papers which prove it does! In this case they only investigated four small studies of short duration only, which tells us clearly what their motivation was.

Considering the multi-billion dollar market for anti-depressants, it’s not surprising that Big Pharma was paying off one of the authors of this study, in a blatant conflict of interest.

Don’t be put off!

Try inositol, especially if a run of SSRIs seemed to have some benefit for your mood. It could also be good for coming off medication.

Anxiety is where inositol really comes into its own. Panic disorder is diagnosed in people who experience sudden panic attacks and are preoccupied with the fear of a recurring attack.

Some people stop visiting places in which they previously had a panic attack, anticipating that it will happen again. They may avoid public places such as shopping malls, public transportation, or large sports arenas. This is considered agoraphobia.

Many patients with panic disorder and/or agoraphobia don’t respond well to current medications, or they are forced to discontinue drugs because of unpleasant side-effects.

But there is research showing that inositol can help treat both of these conditions with few or no side-effects.

In one study, researchers compared the effects of inositol to fluvoxamine (Luvox), an SSRI antidepressant commonly used in the treatment of panic disorder. Researchers found that inositol decreased the number of weekly panic attacks per week by four, while fluvoxamine only reduced them by two. Fluvoxamine also had side effects such as nausea and lethargy, and inositol didn’t have any side effects.

In another study, twenty-one patients with panic disorder (with and without agoraphobia) completed a double-blind, placebo-controlled, 4-week, randomized crossover treatment trial of 12 g/day of inositol.

The researchers concluded that “inositol’s efficacy, the absence of significant side effects, and the fact that inositol is a natural component of the human diet make it a potentially attractive therapeutic for panic disorder.”10

Obsessive-compulsive disorder (OCD) is a psychiatric disorder characterized by obsessive thoughts and compulsive repetitive behaviors, such as repeated handwashing, over and over.

There is some research to support the possibility that inositol may help with this very difficult—often intractable—condition.

In one study, patients with OCD took 18 grams of inositol or placebo daily for six weeks.

At the end of the six weeks, the patients who took inositol had significantly lower scores on the Yale-Brown Obsessive Compulsive Scale.11

So it is well worth a trial if you suffer from any of these conditions, or have family or a loved one who does.

Just note that the effective doses were much higher than “supplement” levels: 12 – 18 grams daily.

Important note: the results can be startlingly effective. So much so that SSRI side-effects begin to appear. That’s not a sign to stop; rather it’s a sign to talk to your doctor about reducing the SSRI dose.

You may eventually be able to stop the meds altogether. That’s a result! It’s what we all want, except for the pharmaceutical industry.

Ooops! A LOT of references. But just to remind you, I talk from science, not opinion.

To your glowing and unquenchable health.