Have you heard of whole-body vibration (WBV) therapy?  It’s a machine found in some gyms and there are versions that can be used at home.

You sit, stand, or recline on a platform that vibrates for 15 minutes, conducting energy into your entire body.  Your muscles react to the input by contracting and relaxing rapidly every second.  After just a few minutes, users feel as though they’ve performed aerobic exercise.

The studies on this new technique are still minimal but initial results are incredibly promising.  Advocates of whole-body vibration consider it an alternative to higher-impact exercise regimens such as running, cycling, or lifting weights – with consistent outcomes.

The History of Whole-Body Vibration

This therapy first made an appearance in 1857.  Gustav Zander, a Swedish doctor, built exercise machines that incorporated vibration of the entire body.  A few decades later, Dr. John Harvey Kellogg invented a full body vibration machine (you’ve probably seen pictures of these that made you laugh a bit).

The original versions were pretty extreme.  They shook your entire body using bands and I imagine it was far from pleasant for the user.

However, in the 1960s, German scientists developed rhythmic neuromuscular stimulation and the Russians started using a similar technique to rehabilitate astronauts returning from space.

Researchers at the time discovered it helped treat the muscular atrophy and bone density loss suffered in zero gravity.  Just twenty short years ago, Russian astronauts were able to stay in space more than three times longer than American astronauts by using whole-body vibration to protect bones and muscles.

There are two types of WBV: 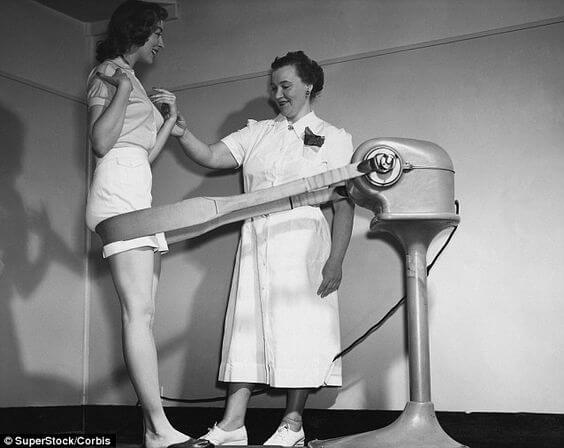 Most whole-body vibration studies are fairly recent – within the last two decades.  As such, there isn’t a lot to go on from peer-reviewed perspective.

Some reviews focus on the benefits of WBV in comparison to other exercises and this is short-sighted.  Clearly, multiple space programs have seen long-term benefit from this form of therapy but those results haven’t made it into scientific studies with non-astronaut participants.

Legitimate universities and labs (unconnected to the sale of whole-body vibration machines) are intrigued by the modality.

Take a recent study published in the Endocrinology journal.  Researchers with Augusta University in Georgia found that WBV could be as effective as regular exercise.

Meghan E. McGee-Lawrence, PhD explained, “Our study is the first to show that whole-body vibration may be just as effective as exercise at combatting some of the negative consequences of obesity and diabetes.  While WBV did not fully address the defects in bone mass of the obese mice in our study, it did increase global bone formation, suggesting longer-term treatments could hold promise for preventing bone loss as well.”

This is where my statement about comparisons to regular exercise is applicable.  WBV is passive exercise – it’s a treatment (of sorts) done to you, rather than you taking an active role (as with walking or climbing stairs).

It’s common knowledge that individuals who are already obese, suffering from chronic pain conditions, or dealing with depression are less able (or willing) to undergo an exercise routine.

Whole-body vibration does stimulate your muscles.  Perhaps not as effectively as running a mile, but it’s measurable and undeniable.

In the Augusta University study, extremely obese and diabetic mice showed positive results from both using a treadmill or using whole-body vibration.

If you’re in pain, if you’re already suffering and unmotivated, are you going to get on a treadmill?  Some will, certainly…but most will not.  It is this latter group that may receive the most results from WBV.

Said McGee-Lawrence, “These results are encouraging.  This idea needs to be rigorously tested in humans to see if the results would be applicable to people.” 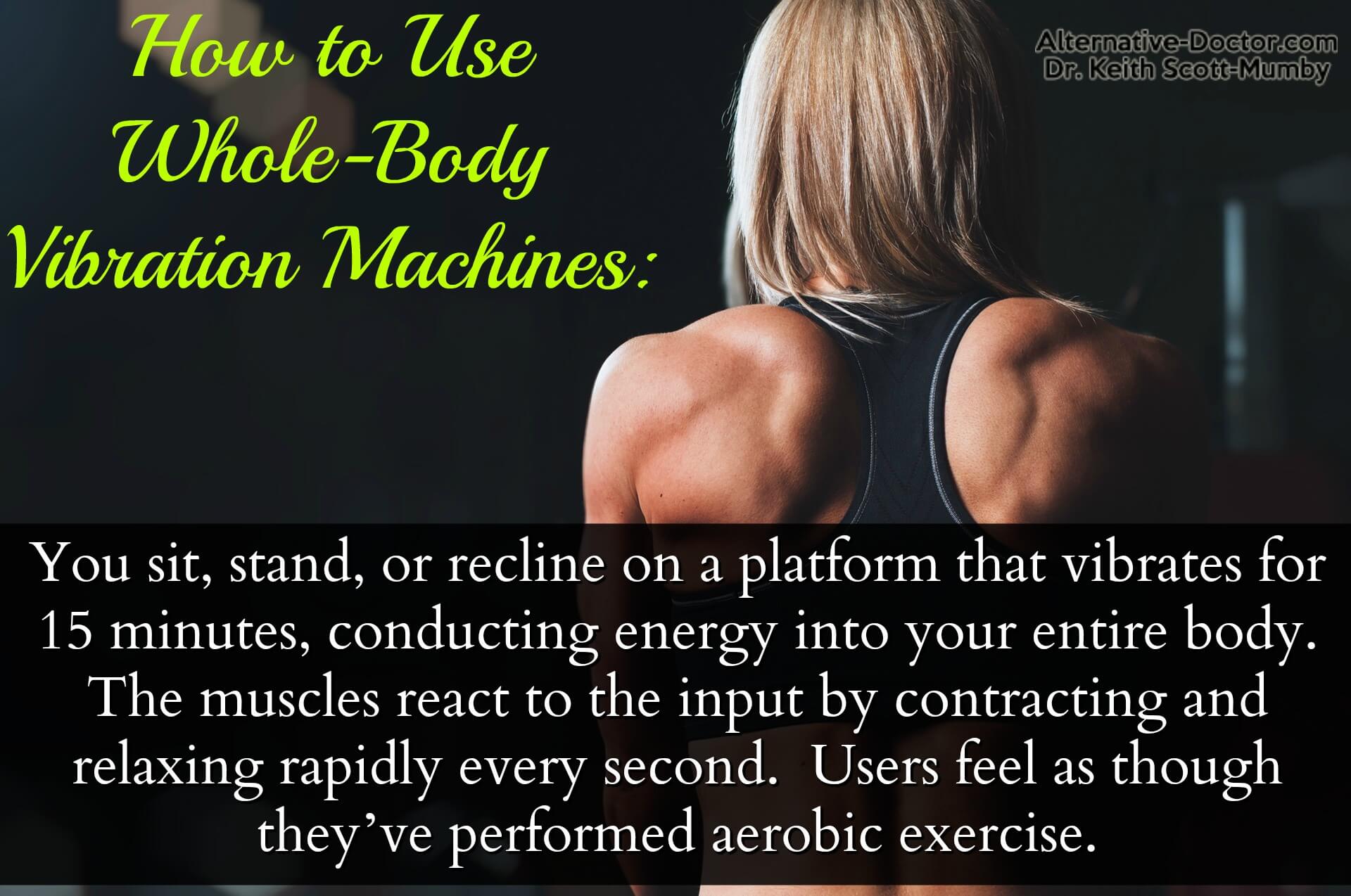 A Word of Caution

Experts agree there is minimal risk associated with WBV but some of the studies done on it are inconclusive, others are contradictory.

Still, whole body vibration isn’t right for everyone.  Those who are pregnant, recovering from traumatic injury (such as broken bones) or blood clot, and people with neurological issues shouldn’t add it to their fitness plan without talking to their doctor.

If you have the opportunity to experiment with WBV (and don’t fall into one of the risk categories above), I recommend it.  There’s zero studies that proclaim the practice to be harmful and several that pronounce it beneficial.

At the end of the day, I can’t stop thinking about Russian cosmonauts able to stay in space three times longer (safely) than their American counterparts.

They were obviously doing something right!  Whole-body vibration…if it worked for astronauts, I’m going to give it a try.